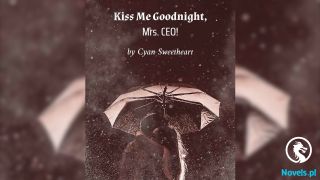 “Then we won’t bother you anymore. Let’s go, Feiran.”

An Jun nodded slightly and shook hands with Shen Hongyang and the others with a smile. His temperament was very similar to An Feiran’s. He was so refined that he did not look like a businessman, but more like a university professor.

Even Song Rui was not ignored by him. He was very easygoing.

Song Jingwan watched in a daze as An Feiran left with the man.

At first, the light was dim, so she did not notice it.

But now, she suddenly realized that the middle-aged man in the suit and glasses was the migrant worker who had asked her for directions at school!

Why was he here?!

Song Jingwan wanted to ask An Feiran about it, but she realized that her voice was so hoarse that she could not utter a single word.

It was not until she left and got into the Song Family’s car that Song Jingwan had the chance to ask, “Dad, who was that guy with the glasses just now?”

Song Rui sat in the front and closed his eyes to rest. His temples were throbbing, and he had a terrible headache.

Song Jingwan described An Jun’s appearance to him.

“That’s An Jun, the chairman of An Real Estate. The one next to him was his only son, the future heir of the company.”

Song Jingwan was so shocked that she sat up straight. “How is that possible?”

She lost control of her emotions, and her face alternated between red and white.

“How is it not possible? Do you know him?” Song Rui suddenly thought of a possibility, “I heard that he’s also studying at Liyang. You guys are about the same age, so you should be in the same grade, right? If you get the chance, you should get to know him better. I think he’s not bad.”

He was polite, and his eyes were clear and bright.

Whether a leader or a future husband, he was a good choice.

Song Jingwan pursed her lips. How was she supposed to answer?

Her heart felt empty. She even felt a sense of absurdity. Everything was clearly not supposed to be like this!

How did things change? What exactly went wrong?

The light in the car was dim, and the car was moving quickly. The lights from the street lamps flashed past the car from time to time.

Song Jingwan’s heart was a mess, and she was extremely tired. She closed her eyes weakly as she sat back in the seat.

What was going on…?

Wasn’t An Feiran a poor student who relied on his grades to get into the school? How did he suddenly become the only son and sole heir of the chairman of An Real Estate?

Song Jingwan rarely paid attention to the news. She knew of An Real Estate’s reputation, but she had never seen An Jun in person.

Even when Song Rui watched the finance channel, and she occasionally glanced at it, how could the man she saw be the same as who she saw on TV?

Especially when An Jun was wearing a pair of lousy sneakers, and he was covered in mud stains. It was obvious that he had just rushed over from a construction site.

With such a terrible image, even if she racked her brain, she would never be able to connect it to the identity of the chairman of An Real Estate!

Now that she thought about it, she found it funny. It was true that An Jun had just rushed over from the construction site, but he was not a common worker—he was the boss!

In the midst of her confusion, she suddenly heard Song Rui say something out of nowhere.

“You did very well today.”

“Weiwei, spend more time with Yaoyao if you have the time. She’s angry with Mom and Dad, so help us out and coax her. If she’s willing, ask her to come back to stay.”

Song Jingwan suddenly felt that her breathing was not smooth. Her whole body was filled with a gloomy aura, but no one noticed her.