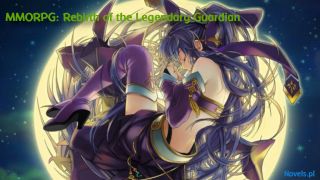 “Ha, are you embarrassed?”

Song Rui sneered and looked at Song Jingwan and Song Weiwei from the corner of his eyes. He did not say anything.

Song Jingwan hesitated for a moment, but in the end, she pursed her lips and followed him.

Song Yaoyao turned her head and saw Song Jingwan and Song Weiwei following behind Song Rui. They were walking towards her.

She nodded lightly as a greeting. “Hello, Mr. Song.”

Song Rui was stunned by the way she addressed him. “This child…” he smiled wryly. “You won’t even call me Dad anymore?”

Song Yaoyao smiled but didn’t say anything. Her gaze swept past Song Weiwei. The answer was clear.

Song Rui sighed. “No matter what you think, there’s always a place for you in the Song Family. Yaoyao, you’re still my daughter.”

After he finished speaking, he probably knew that Song Yaoyao wasn’t very happy to see him, so he quickly changed the topic.

Song Rui always put his interests first, so of course, his motive for coming here was not so simple.

He wanted everyone to know that she was his daughter and that they were family. No matter what, her surname was still Song. With Huo Yunque around, these big shots would have to show him some respect.

That was enough for him.

Song Jingwan greeted her gently, her voice filled with longing. “We haven’t seen each other for a long time. How are you? Oh right, this is Weiwei, you…”

She paused and pretended to be sad. “No matter what, you’re still my sister.”

Song Yaoyao nodded with a smile and took the initiative to extend her hand. She said to Song Weiwei, “Hello, welcome.”

The two of them tacitly ignored Song Jingwan. They stood at the side and chatted happily. They were more like sisters who grew up together than Song Jingwan.

Although the big shots were chatting, they were constantly paying attention to the situation. When they saw this scene, they sighed on the inside.

It seemed that the eldest daughter of the Song Family was not liked.

Therefore, they wanted to praise Song Jingwan, but they changed the topic and praised Song Weiwei instead.

“Oh my, this is the second daughter of President Song’s, isn’t she? She is indeed beautiful.”

“She has a good personality too. No wonder Miss Song likes her.”

“Haha, this is fate. Some people may not get along even after decades of being together, but some people feel close just by seeing them once.”

Huo Yunque waved at Song Yaoyao lovingly. “Let’s go. If you really like her, ask her to come over as a guest some other day.”

Everyone was shocked. This was the Huo Family, which rarely hosted guests.

Song Yaoyao waved at Song Weiwei and walked to Huo Yunque’s side.

Huo Yunque naturally tidied up the collar of her coat and held her little hand.

Huo Yunque nodded slightly and helped Song Yaoyao into the car before he sat in it himself.

An Feiran, Shen Xun, and the others waved their hands, and the car drove off quickly.

From the beginning to the end, Song Yaoyao did not bid farewell to Song Rui. The only person she treated differently was Song Weiwei, who had nothing to do with the Song Family in the past.

He awkwardly pursed his lips. “This child seems to be still angry.”

Song Rui shook his head and tried to explain himself.

Meanwhile, Song Jingwan’s palm was almost crushed but she still had a decent smile on her face.

Out of the corner of her eye, she saw An Feiran standing beside Shen Xun and the others, but Tang Xinrou was not there.

His temperament was outstanding. Standing among those people, he did not seem to be inferior at all. Instead, he seemed even purer and more outstanding.

She narrowed her eyes, and an absurd thought formed in her mind.