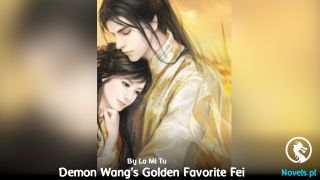 Song Yaoyao felt as if she had returned to that sealed space, and even her breathing was starting to become stifled.

The wind grew stronger and stronger, and the leaves rustled in the wind. In the mountains, it whistled like a ghost wailing.

Her small face was pale, and her lips parted slightly.

She was clearly in good health, but the area around her heart was still extremely uncomfortable. It was as if an invisible hand was tightly clutching her neck, making it difficult for Song Yaoyao to breathe.

These voices seemed to come from another dimension.

Her brother had said that she had to hide well. No matter who called her, she shouldn’t respond.

She saw clothes dyed red with blood as the man smiled and pushed her into a room. Then, he led the gangsters away.

How long did she spend in that narrow space?

She seemed to have forgotten many things.

In the darkness, a pair of eyes silently watched her. The young girl curled up her body weakly. She whimpered softly, like a ghost lost in the mountains.

At the bottom of the stairs, a slender figure saw her and was about to run over when her wrist was suddenly grabbed.

Yu Sitian jumped in fright and her scream was suppressed back into her throat. A bolt of lightning flashed past, revealing a delicate and pretty face. Her calm and dark eyes were suffused with a strange light.

They were both freshmen in the acting department. As one of the most influential figures in this batch of freshmen, Yu Sitian was naturally familiar with her.

Moreover, she was one of the few students who had debuted before she had even entered the academy. She was even the female lead.

Countless girls were secretly envious of her. There were also many who wanted to be friends with her.

Other than her ability, of course, there was also her background. Who didn’t know that she was a rich second-generation heiress? When she entered the academy, she was sent to and fro by a luxurious car.

Yu Sitian was stunned. She looked at Song Jingwan suspiciously, but she didn’t remember talking to her.

So, how did Song Jingwan know her?

As if she knew what she was thinking, Song Jingwan curved her lips and said gently, “Of course I know.”

The wind blew and quickly dispersed.

Song Yaoyao, who was trying her best to hide in her own world, had no idea what was happening. It was as if she wished she could disappear from this world and no longer experience fear.

Yu Sitian narrowed her eyes and sized up Song Jingwan without batting an eyelid. She didn’t think that Song Jingwan’s expression and the way that she was hiding in the dark spying on Song Yaoyao meant she had any intention of helping her.

If she really wanted to, she would have gone over long ago, and she wouldn’t have stopped her.

“Go down the mountain now and pretend that you didn’t see anything.” “What did you say?”

Yu Sitian was surprised, but she found it funny. “Are you crazy?”

Ignoring the fact that Song Yaoyao was acting strangely, as if she was afraid of thunder and had a psychological trauma, anyone with a conscience would have gone over to help.

But now, Song Jingwan actually stopped her and watched the show alone.

Yu Sitian was stunned. “This has nothing to do with you. Let go.”

She shook Song Jingwan off and was about to walk up.Li Sinian’s words echoed in her mind.

Wasn’t this a good opportunity to get close to Song Yaoyao? She was very weak now, and Yu Sitian knew one of her weaknesses.