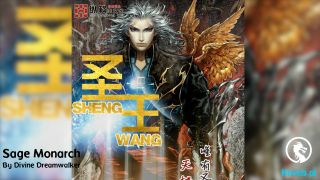 In the morning of the 61st day, more people from the Sword Alliance came.

It was Kylie who arrived this time.

When it was almost afternoon, Lancelot became the second to arrive.

Killer only arrived when the sky was turning dark.

Dragon Emperor could clearly sense that the auras of these three people were even more powerful than Charcoal and the others.

At midnight, the ootheca entered a new round of breeding again.

This time, it bred a human lady.

To be exact, it bred a young lady who looked pretty. She looked like she was only in her early 20s.

She did not exude the aura of a cultivator at all, and looked just like a regular person.

When they saw the lady, it was not only Dragon Emperor, but even Bai and the others were stunned.

The next second, Kylie charged forward in a flash. Her spear pierced through the lady’s body directly.

Her blood poured out. She still looked human even after she died.

Dragon Emperor still looked doubtful. However, Bai and the others were staring at the “human corpse” expressionlessly at the moment.

They had just heard Witch’s voice transmission, “It’s an illusion. Don’t fall for its tricks!”

While sending the voice transmission, she also performed a hand seal to snap them all out of the illusion.

As Dragon Emperor’s God’s soul was too weak, he failed to snap out of it even with Witch’s help. To Bai and the others, the corpse of the graceful human lady he was looking at was a tentacled monster.

The monster had the head of a butterfly, and its body beneath its head was that of a human lady. However, there were tentacles that were like white snakes from the waist down. They were squirming around continuously…

After having its chest pierced by Kylie’s spear, it tried to regenerate its squirming flesh over and over again. However, deep inside the wound, the purple lightning did not stop flickering. As it flickered, not only did its wound not heal at all, it even expanded at a speed that was visible to the naked eye…

Kylie did not attack again. She watched quietly from the side while clutching her battle spear.

Very soon, the lightning had spread to half of its body.

The butterfly-faced monster’s body seemed to be rotting rapidly. It soon turned into a pile of grayish-white liquid…

Only then did Dragon Emperor sense the remnant aura exuding from the pile of liquid.

It was the devilish Abyssal energy.

He had just realized what had happened. “An illusion?!”

Charcoal, who was standing to the side, nodded. “It was a rather powerful one.”

However, it did not admit that it had fallen for its trick as well earlier.

Although the monster was killed, Kylie and the rest did not feel any joy from the victory at all.

Almost everyone had fallen for its trick earlier. Were it not for Witch, there might have been casualties.

They realized that, although they could fight monsters that were more powerful than them, as well as powerful enemies that had mastered hundreds of trillions of chaotic cosmoses, the strength of their God’s souls was still a great weakness.

If they encountered enemies that were experts in God’s soul attacks, Witch might only be the only person present who would be able to fight.

“Grimace, get your Primordium here,” Kylie said to Grimace directly.

“No need.” As soon as Grimace was done speaking, his aura began to skyrocket instantly. Very soon, it arrived at a similar level to Kylie’s. “My clone should have 80% of the ability of my Primordium now. It should be enough.”

Seeing that, Bai, who was standing to the side, also began to adjust his clone’s ability.

His aura quickly increased to a level similar to Grimace’s.

Their clones had not been eligible to join the battle earlier, but they could now.

“You guys are so lazy.” Charcoal glanced at the two clones.

Over the next few days, Kylie was still the primary attacker.

She was the fastest, so the rest could not get to the monsters faster than she did.

They only picked up the monsters that she missed.

On the 64th midnight, the ootheca bred eight Abyssal monsters. Not only that, among them were monsters that had mastered over 800 trillion chaotic cosmoses.

Kylie, Bai and the others had to work together to kill them.

Apart from the Bug Tribe, almost all of the imperial monsters under Lin Huang had arrived.

All of them were at rank-10. They had each mastered more than ten trillion chaotic cosmoses.

Over the next few days, everyone worked together to kill the monsters.

Bai and Grimace’s clones unleashed their abilities perfectly. Their performance was no less amazing than the other imperial monsters.

Everyone enjoyed the fights.

However, after the battle on the 70th midnight, Grimace’s clone disappeared.

Kylie and the others left one after the other, though Kylie left her clone here.

“What does that mean?” Dragon Emperor had confusion fill his face. He could not understand what Charcoal meant by that when he left.

One had to know that the new round of breeding would start again on the 71st day.

Them leaving looked more like they had ditched their responsibility and passed it to Dragon Emperor.

He looked doubtful. Seeing that Kylie left a clone here, he went up to ask her after a moment of hesitation, “Where did they all go?”

“They went back to refine some Kingdoms,” Kylie’s clone explained simply.

“They are refining Kingdoms now? Can they make it in time for the new round of breeding tomorrow?” As soon as Dragon Emperor asked that, he suddenly thought of something and let it slip directly, “The Sword Alliance has a time flow acceleration supreme treasure?!”

Kylie only looked at him in silence. She did not nod to admit it, nor did she shake her head to deny it.

Dragon Emperor had goosebumps from her stare, so he quickly said, “I was just speaking nonsense. I don’t know anything.”

He returned to where he had been standing in a flash.

His fluctuating emotions gradually calmed down.

After guessing that the Sword Alliance had some time flow acceleration supreme treasure, he finally thought through some things that he had not been able to figure out earlier.

Meanwhile, the limit of chaotic cosmoses that could be contained in the Kingdoms of rank-10 living beings was significantly higher. Dragon Emperor thought one hundred trillion should be the bottomline, and that the limit could possibly be over ten quadrillion.

Therefore, theoretically, Charcoal and the others had yet to reach their limits. If they had access to time flow acceleration treasures that could allow them to refine many powerhouses’ Kingdoms in a short period of time, and increase the number of chaotic cosmoses significantly in their bodies, it would be the equivalent of gaining a significant boost in their abilities within a short period of time.

The truth was similar to what Dragon Emperor had guessed.

Bai and the others were inside Lin Huang’s body refining the Abyssal Kingdoms that he had cleansed with all of their might.

Aided by the over six billion fold time flow acceleration in Lin Huang’s Kingdom, the imperial monsters’ abilities were increasing frantically as time slowly passed by in the outside world…