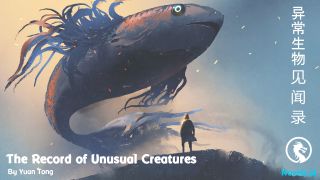 Lu Xia heaved a sigh of relief and quickly left the laboratory.

After walking outside, the stifling feeling finally disappeared from her chest.

Lu Xia finally felt a little better and inhaled deeply. She reached her hand into her pocket and held the vial of drugs. A sinister look suddenly spread throughout her eyes.

Don't blame her for being ruthless. There was no reason for her to suffer in hell alone while the culprit continued enjoying everything that ought to belong to her.

The next day, the conference commenced.

They seemed different from yesterday when they were on tour and did not look as relaxed. After all, they were here to meet all the top scholars in the world at the academic conference, so they had to look smart.

Before long, Wu Yue led everyone to Sirin University's main hall where a few students were receiving guests.

One of them was Lu Xia.

She had been waiting for Huo Yao. She wanted to see if Huo Yao would feel envious when the latter found out that she was studying at Sirin University.

When she saw Huo Yao in the distance, Lu Xia straightened her back. She wore the pride of a student from Sirin University on her exquisitely done face.

Lu Xia was unable to relax her fingers until Huo Yao finally came close and they looked at each other.

Lu Xia expected Huo Yao to look surprised, shocked, or many other things, but in the end, Huo Yao acted as though she did not see her.

Huo Yao's eyes were completely calm as though she was looking at a dead object.

Wen Ping was standing beside Huo Yao and he could keenly detect something to be wrong with the atmosphere and raised his head automatically.

Huo Yao's eyes landed on one of the students who was helping to receive them. There was something strange with the look in the student's eyes as well.

Wen Ping scrutinized briefly before he asked quizzically. "Junior Sister, do you know her?"

Wen Ping pondered as he acknowledged. He turned to look at Huo Yao. "Then, shall we go? No point ruining your mood for a nobody."

Huo Yao tilted her head and looked at Wen Ping.

Wen Ping simply smiled back at her knowingly.

Before long, the two of them had gone some distance.

Lu Xia stood where she was feeling embarrassed. She was standing there pretending to look proud, but her face could no longer remain dignified.

Sure enough, the sight of Huo Yao naturally made people want to vomit.

"Junior Sister, what's up with the woman? She clearly doesn't like you." After Wen Ping took a seat, he asked Huo Yao softly.

Huo Yao straightened out her clothes. When she heard what Wen Ping said, she continued fiddling with her clothes and explained calmly. "We went to the same middle school."

"I see." Wen Ping nodded without asking in detail. He paused and reminded her. "That girl might make trouble for you. Watch your back while we're at the conference. After all, we're not on home ground right now."

It was hard for Huo Yao to avoid trouble if that woman wanted to do anything to Huo Yao, especially since they were not on their own territory.

Huo Yao pursed her lips and smiled. "Got it. Thanks, Senior Brother."

"We're friends, so you don't have to thank me." Wen Ping patted her shoulder.

Huo Yao acknowledged softly. She said nothing and simply raised her head to look at the stage in the hall.

The conference had officially begun.