“I, I can cultivate immortality?” Leng Hua was dumbfounded, unable to believe it.

Even Leng Shuang was speechless and stood there silently.

“The elixir that you ate is called Five Elements Pill. It’s the newest elixir I have refined, and it can help people with no spiritual roots to develop spiritual roots. However, which element the spiritual root is depends on you.”

She smiled and continued: “I’ve told you that if there was an opportunity, I will help you advance immortality cultivation. However, you must know that the road to immortality won’t be easy, there will be many dangers and difficulties awaiting you.”

Leng Hua was choked up with emotion by what he heard: “Rest assured Mistress, as long as I can cultivate, I am not afraid of any dangers or difficulties.”

He could only continue to be by his Mistress’s side in the future, if he was able to cultivate and become stronger. Even if his Mistress were to go to the Empire and established another Feng Family, he could be the head steward.

Leng Shuang came around from her daze, knelt down and bowed: “Thank you Mistress.”

Leng Hua also knelt down and bowed: “Thank you Mistress.”

“What are you doing? Get up.” She motioned for them to get up and said: “You are my subordinates and I have said that I would treat the people around me well, so don’t be like this.”

“Leng Hua, come over so I can measure your spirit root.” She beckoned for him to come over.

“Yes.” Leng Hua was a little nervous as he stepped forwards. When he placed his hand on the spirit plate and saw that it pointed to water element, he breathed a sigh of relief.

It didn’t matter which element his spirit root was, as long as he had spirit root, he could cultivate.

She was a little surprised and laughed: “I didn’t expect that taking the Five Elements Pill would produce a single water element. The cultivation of a single element was quicker than that of a double element. Not bad to have someone with a water based spirit root by my side.”

She kept the spirit plate and took out the cultivation and enlightenment manual from space and gave it to him: “Cultivating immortality is almost the same as mystical martial arts. As long as you are able to draw the breath into your body, then you will be a spiritual cultivator, then a spiritual Mistress, then a foundation cultivator, then a Golden Core cultivator and then Nascent Soul. It is important to progress step by step to ensure stability.”

“Yes, I will remember it.” He listened in excitement, an indescribable feeling filled the whole room. He was worried that he wouldn’t be able to go back to his room to start cultivating immediately.

“Go now and cultivate. Ask me if there is anything you don’t understand.” She smiled and motioned for him to go back to his room.

“Okay, I will go back first.” He returned to his room holding on to the cultivation and enlightenment manual tightly.

“Oh, where is the little guy? Why haven’t I seen him around?” Feng Jiu asked Leng Shuang when she realised the little guy was nowhere to be seen!

“When Mistress went into the alchemy room to practise refining elixirs, he told us that he was going to practise his cultivation and told us not to disturb him. He even picked the most remote courtyard in the residence as his practise space. It’s only Leng Hua who has been sending over breakfast the last few days.”

“Oh? Cultivating at such a young age? I will go and take a look.” After she had instructed servants to clear the dishes from the table, she proceeded to the most remote north courtyard in the residence.

When she arrived at the courtyard, she saw that the door was firmly closed and she could hear the flowing of water from within the room. She raised her eyebrows and called out: “Little Hell’s Lord? Little guy? Little Fart? Are you inside? I am going to come in.”

After she spoke, she heard a plopping sound come from inside the room and she rushed inside quickly. 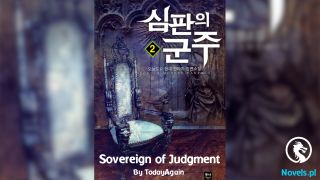