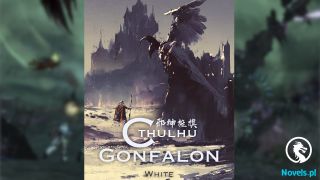 “Follow me! Take my word for it, we cannot get out. That young lady must know the way out. Besides, I’m the master and you should listen to me.” Xie Yutang said. While walking, he marvelled aloud. “However, the Ruan family’s Young Masters and Young Miss’ are at the banquet, so how did this one not go?”

She had already explored the area with her divine sense. There was only this young lady and no one else. Since he wanted to take a look, she would let him do whatever he wanted!

The two went deep into the bamboo grove until they came across a bamboo house. She knew the young lady was hiding in the bamboo house as soon as her divine sense swept over. However, she noticed something odd. This was the Ruan family, and this woman should have been a member as well. When she saw them, how could she be so scared to hide?

While she was pondering, Xie Yutang approached and knocked on the door. “Is anyone there? Young Miss? Young Miss?”

Feng Jiu, who was standing in the back, went to the stone table outside the bamboo house and sat down when she saw this. Her cheek rested on one hand as she examined the surroundings. After a while, they eventually heard a small voice.

Xie Yutang grinned when he heard the voice. “We belong to the Xie family. On her birthday today, Madam Ruan invited a large number of people from different clans. When my servant boy and I left, we entered the array by accident. We can’t get out now, Young Miss. You should know how to get out from here, right? Please tell us how to leave this array!”

Feng Jiu smiled. The array seemed simple, but in fact, it was complicated. It was evident that the intent was to close off the bamboo grove from the outside. Since there were no dark guards around the array, it gave the indication that the people who constructed the array knew that it would be impossible for anybody to access this location, even by accident.

The girl who lived here appeared to be in her teens. She must also be unable to break this array.

“I, I don’t know.” The girl’s voice was faintly heard. There appeared to be a trace of sorrow in that voice.

Xie Yutang was stunned. “You don’t know?” He instinctively turned his head toward Feng Jiu. “She doesn’t know, what should we do?”

Feng Jiu grinned. “You are the master. You must instruct me on what to do.”

When he heard this, Xie Yutang froze and laughed awkwardly. “I was only joking. Furthermore, you are not a servant in my family. I say that you are a servant boy only in front of outsiders. Even if you leave our house, there is nothing we can do about it, is there?”

He approached the table, sat, and looked at Feng Jiu. “We’ve been out for a while,” he said. “My mother won’t be able to find us if we don’t return.”

She looked at him leisurely and said, “But, there is nothing I can do! I didn’t quite understand the array and I was lucky to walk in. If we try again, we may not be able to leave until dusk.”

Xie Yutang’s lips twitched. Why did it sound so familiar!

When the two were talking, a little slit opened in the bamboo house’s door. The young lady peered out from the crevice, cautiously observing the two of them with some curiosity.

When Feng Jiu took a look, the young lady was as startled as a frightened white rabbit and quickly slammed the door to hide. Upon seeing this, Feng Jiu could not help but smile.