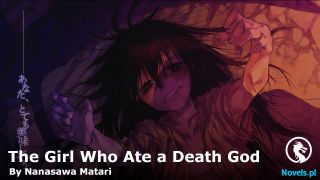 After she had announced the news, Feng Jiu turned and left. After they watched her leave, Elder Gu, Cang Qing and Gu Xiang looked at each other and they couldn’t help but follow. The others sent the devilry cultivators who were still in excitement away.

Only those few Immortal Venerable devilry cultivators were shocked when they heard Feng Jiu’s words and didn’t want to leave, they wanted to stay and find out more. However, the people of Phoenix City executed their orders and drove the devilry cultivators out of Phoenix City and closed the boundary barrier. They could only stay outside Phoenix City and wait for an opportunity to ask in more detail what was going on in this matter. Could they really leave this place one day?

Elder Gu and Cang Qing followed her until they came inside. When they saw that she had sat down in the courtyard, Elder Gu was unable to hold himself back and asked: “Master, was what you said before true? Can we really leave this place?”

There was an inconcealable tone of excitement in his voice. His hands were clasped together and trembled faintly in his excitement.

“Naturally it’s true.” She said, and watched the two ladies from the Gu Family who were bringing food. She took out a wine gourd from space and drank from it while she ate the food and said: “It’s just that it will take some time.”

Upon hearing this, they glanced at each other and couldn’t help but smile excitedly: “As long as we can go out one day, we will wait no matter how long it takes!”

They didn’t ask anymore as they had received an affirmation from her. Hence, they believed that they would definitely be able to leave this place.

In actual fact, this place wasn’t so bad. It was just that this place had restrictions because it was a place where wicked people were exiled to, it wasn’t a place for ordinary people. This place didn’t even have grains and any things that small towns outside had.

However, if one day this place could communicate with the outside world, and it had the things the outside world had, this place would become a different place. At the very least, they knew one thing, the spirit energy breath in this place was very strong, and it was precisely because of this that this place had such big boundary barriers, arrays and restrictions placed around it.

When she heard the cheers in the city, Feng Jiu, who was eating and drinking in her courtyard, couldn’t help but smile. She raised her head and looked up at the sky, her eyes moved slightly as she thought of her family and friends.

“I actually miss them quite a bit, and there is also Father and Grandfather and the others. I don’t even know if everything is alright with them now.” She whispered softly and thought how fast time flew by. She thought of how good their lives would be right now if the Feng Family hadn’t met with the disaster and Little Feng Ye hadn’t died.

When she thought of this, she let out a small sigh. When she can leave this place, she would find a chance and go to see if they were doing well.

That night, she sat in the courtyard and ate and drank wine until the night got darker. When she felt a little drunk, she returned to her room to rest. She slept till noon the next day, and after she left instructions that she was going into seclusion, she entered space and continued to cultivate…