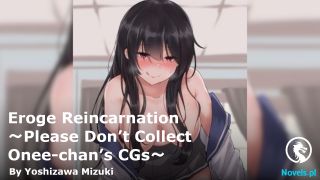 «Mesmerizing Ghost Doctor (Web Novel) - Chapter 2066: How Can I Accept

Some distance away from the cave dwelling were a team of people sitting around chatting, eating meat and drinking wine. When their conversation became interesting, the sounds of their laughter rose.

“I still think Boss is clever, he took one look and knew that it was Sage Hun Yuan of the Nebula Immortal Sect. It was a good job we didn’t follow suit and join in or we would look like fools like those two teams of idiots.”

“That’s right. When we went to take a look earlier, the men and horses from those two teams were all unconscious on the ground and all their belongings had been taken. The two team leaders did wake up first. However, when one of them wanted to use his knife to attack those people, he realised that his wrist was broken.”

“Speaking of which, those three people were merciful to not take their lives. If it had been anyone else, once their belongings had been taken, they would unlikely live.”

“Sage Hun Yuan is a member of the Nebula Immortal Sect after all, naturally he wouldn’t be too brutal. He would definitely hesitate taking so many lives at once.”

“The people from those two teams have left in humiliation. Boss is kind-hearted and didn’t kill them all.”

Everyone agreed and showered their boss with flattery while one of them poured wine for everyone. The leader of the group was so pleased at what he was hearing that he held up his bowl of wine laughing: “Come on, drink, drink!”

Outside, Feng Jiu who had smelt the fragrance of the wine and meat smiled like a sly fox. She gestured to Zhuo Junyue beside her: “So? I was right wasn’t I? These people definitely have meat, and there’s even the smell of wine! It’s perfect, we can bring some back for the old man.”

“Yeah.” Zhuo Junyue nodded. He looked at the two people standing guard at the front and said to Feng Jiu: “One each.”

The two of them rushed forward and came up behind the two people before they even noticed and took them down with the back of a knife. The belongings on those two people ended up in their hands and they fell to the ground unconscious.

The two of them looked at each other and smiled in unison. They smelt the fragrance of the meat and wine as they stepped inside just in time to hear a voice from inside: “Turn the meat over, don’t burn it.”

Upon hearing this, Feng Jiu swallowed, she was indeed a layman. She didn’t like to take dispelling pills and much preferred to eat meat and grains.

She came to the cave dwelling with a brisk pace and poked her head in with a smile which frightened the people inside.

“Hey! Why have the two of them come here?”

The people who had gathered around the fire barbecuing meat were startled by the appearance of the two people who broke in all of a sudden. One by one they jumped up and quickly retreated to the back of the cave dwelling, gathering together in a dense crowd.

“Hehe, you don’t have to be afraid. We are not malicious.” Feng Jiu said with a smile. She walked over to the barbecue and smelt it: “Well, the smell of the barbecue is really fragrant!”

Upon seeing this and hearing the young boy in the azure robe’s words, the middle-aged man who was the leader said steadily: “If your good sir would like the barbecue I can give it to you.” He only hoped that they would leave quickly after taking the barbecue.

“Oh! How can I accept it?” Feng Jiu said with a smile. Her eyes landed on the jar of wine they had placed aside, her expression coy.