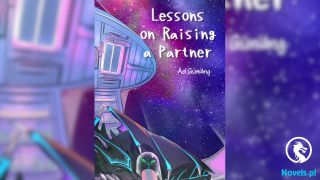 Jiang Qi shouted: “Let’s attack together! He’s far stronger than us, so let’s team up and defeat him! Then we’ll divide the Sun God Empyrean Flower equally!”

Jiang Qi’s words haven’t yet fallen, when his eyes suddenly flickered with resolve and his body blurred, and an indistinct breath oozed out from him.

Standing still, Yang Feng glanced at Jiang Qi and said calmly: “Illusion?! Jiang Qi, if it comes to sneak attacks, then among the six of you, you pose the greatest threat. It’s a pity that in front of my essence of devour, you are the weakest!”

Jiang Qi’s illusion power has just approached the materialization of the essence of devour the Devour Black Moon, when it was completely devoured, not even able to touch Yang Feng.

Dozens of pinnacle Glorious Sun Warlock rank spells involving fire, ice, wind, space, and other attributes turned into a torrent of spells and barreled towards Yang Feng at an intricate pace.

The dozens pinnacle Glorious Sun Warlock rank spells slammed into Yang Feng’s Devour Black Moon, and then were noiselessly devoured, without so much as touching a hair on Yang Feng’s head.

With his hands behind his back, Yang Feng standing inside the Devour Black Moon spoke flatly like an undefeated god: “Yan Jun, come at me with your true skill! If this is your true strength, then you’re much weaker than Ba Xun. No, you’re not even in the same league.”

“Ogre God Mountain’s Che Zhengkuang, I wish to fight you!”

Che Zhengkuang’s incarnation of a huge archdevil that looks similar to the Fifth Sky Devil Che roared, the vertical eye on his forehead shone, and a gray ray shot out and blasted into Yang Feng’s Devour Black Moon.

Blasted by the gray ray, the materialization of Yang Feng’s essence of devour the Devour Black Moon showed faint signs of collapse.

“Ogre God Mountain’s Che Zhengkuang? Very good, your quite strong! You are eligible to be my opponent, so go to hell!”

With a smile on his face, Yang Feng surrounded by the four monstrous geniuses stepped out from the Devour Black Moon, and his figure blurred. He appeared on Che Zhengkuang’s head, countless runes condensed on his leg, and he stomped with his foot on the other party’s head.

Extracted by the World Ring, world force of the nine worlds condensed into an imprint that slammed on Che Zhengkuang’s head.

Along with a deafening blare, Che Zhengkuang incarnated into a giant ogre was crushed, his cells were shocked by a terrifying force, and he turned into ashes inch by inch.

“Humph, you want to use a death substitution secret treasure to save your life? That’s useless! Die!”

Yang Feng smiled coldly, operated Fate Algorithm, and extended his hand, and a Devour Black Moon suddenly appeared and devoured the void along the law of nether.

“This, how can there be such a strong monster!”

“Is this the strength of a monstrous genius capable of tackling the Warlock Emperor rank? I couldn’t feel anything when reading the historic records. But now that I see such a monster in the flesh, I can feel their terror!”

On the edge of the center of Sun God Shrine, Warlocks who have cast various secret methods to see the goings-on in the center are struck dumb, unable to believe their eyes.

“Jiang Qi, since you attacked me, you die as well!”

The space twisted suddenly, and Jiang Qi came into the open and struggled before being devoured by the Devour Black Sun, a look of horror and despair on his face.

His mind shaken, Ba Xun watched Yang Feng with despair in his eyes: “Strong! Undying Mountain’s Lei Ming is this strong?! Is the gap between us that big?”

Ba Xun is a peerless genius that formed a virtual world, the first star the Dubhe Star of the former Moonlight Seven Stars. He has always been extremely proud and full of confidence, and he believed himself to be the next Warlock Emperor. Today’s fight, however, let him see the terror of a powerhouse eligible to fight over the position of Warlock Emperor.

“Ba Xun, release your soul and let me set up a soul brand, and I will spare your life! Otherwise, since you dared attack me, this will be your resting place!”

Yang Feng is standing inside the Devour Black Moon, and there are the Glorious Sun Cores of Jiang Qi and Che Zhengkuang floating beside him. The Devour Black Moon is like an invincible barrier. It easily devoured the attacks of Yan Jun’s dozens of Glorious Sun Warlock rank Transcendents, making him look like an unequaled overlord.

“I, Ba Xun, am the man who shall become the Warlock Emperor in the future! I can lose, I can die, but I will never submit!”

There was a flash of pride in Ba Xun’s eyes, and he released a shocking roar. Numerous runes appeared on him, and he took out a palm-sized secret treasure and pressed it on his back. Brilliant blue light shone, and a pair of ice wings appeared on his back.

“You want to escape? Unfortunately you’re one step too slow!”

At the moment when the ice wings appeared, Yang Feng appeared behind Ba Xun and stabbed him in the heart with a hand, and a Devour Black Moon instantly devoured Ba Xun.

“You want to kill me? Then let us die together!”

There was a look of madness in Ba Xun’s eyes. The virtual world inside him shook lightly, and then exploded in an instant. With him as the center, terrifying world force spread in all directions. This is equivalent to the explosion of 1,000 10,000-ton nuclear bombs.

“Mutual destruction, maybe this is the best result!”

Under the gaze of the countless Glorious Sun Warlocks, a Devour Black Moon suddenly rose from the terrifying explosion. Standing inside the Devour Black Moon, Yang Feng has no wounds on his body, looking just like an immortal, imperishable Transcendent.

“He isn’t even wounded!”

“Who can oppose him now?”

Eyes filled with indifference, Yang Feng glanced at Yan Jun and uttered flatly, as if a god sentencing a mortal.

“You want to kill me?! Let’s see if you have the ability! Man Diagram Fusion!”

There was a flash of coldness in Yan Jun’s eyes, and he silently chanted an incantation and pointed with a finger. The level-9 secret treasure Transcendent Diagram absorbed all the Transcendents at once, and then swept Yan Jun into it.

Following brilliant light, Yan Jun transformed into a three-meter-tall freak exuding terrific aura and covered in numerous mysterious imprints, with each imprint depicting the head of a Transcendent.

Hundreds of Transcendent auras spread from the freak’s body, and a very powerful life force rose into the sky, as if to tear the sky asunder.

If it weren’t for the restriction of Sun God Shrine limiting everyone’s strength, the freak would have been able to advance to the Bright World Warlock rank.