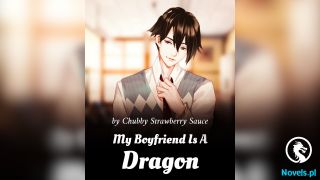 “This Ye owes Senior Yang a life-saving grace, and Thousand Leaves Sect is in eternal gratitude towards your kindness. Just speak your mind, this Ye will listen.” Ye Hen said seriously.

Yang Kai smiled, “Emperor Heaven Valley is indeed a good place. You don’t need to worry about living here as it is perfectly safe. The World Energy here is not bad and is very suitable for cultivating; however, this place is too small and it’s difficult to come and go. Sect Master Ye has the determination to break through to the Emperor Realm, so it is fine for you to seclude yourself here for the necessary three to five years, but how would the disciples sustain themselves?”

Those five hundred disciples had different strengths, and if they were really trapped here for three to five years, it could produce some unwanted effects like heart demons.

Ye Hen sighed, “Do you think this Ye is not aware of this? But where else can we go now?”

Yang Kai replied, “What if I can provide Sect Master Ye with a better destination?”

Yang Kai stretched his arms and explained, “There is a place a thousand times bigger than this, where the World Energy is also far richer. Not to mention five hundred people, it could fit even fifty thousand people comfortably. There are many vacant Spirit Peaks that no one would compete with you for as well. If Sect Master Ye goes there, you won’t need three to five years, just one or two years will be enough to break through to the Emperor Realm.”

Ye Hen’s eyes lit up when he heard this proposal. According to Yang Kai’s description, the scenery of magnificent mountains and rivers slowly unfolded before his eyes.

But soon, he gave a wry smile and said, “If there is such a treasured land, it must be occupied by huge Sects already. Thousand Leaves Sect would never have a chance to stay there.”

Yang Kai smiled in reply, “Sect Master Ye is right. This paradise was indeed occupied by a huge Sect before, but that Sect has recently been exterminated.”

“Oh?” Ye Hen was shocked, “May I ask Senior Yang, where is this place?”

Ye Hen frowned and pondered for a moment before his face abruptly changed and exclaimed, “You mean ‘that’ Seeking Passion Sect?!”

Judging from his look, Ye Hen has obviously heard of Seeking Passion Sect. This wasn’t a surprise though as Seeking Passion Sect was a top Sect in the Northern Territory. There was a Third-Order Emperor Realm Master assuming command of this Sect, so its status was comparable to Azure Sun Temple in the Southern Territory. It also had many cultivation paradises comparable to similarly powerful Sects, far more than Thousand Leaves Sect at least.

“Seeking Passion Sect was destroyed. By who?” Ye Hen was horrified. It was hard to imagine such a behemoth being destroyed. In comparison, Thousand Leaves Sect was also destroyed, but five hundred of its disciples and Emperor Heaven Valley remained. By Yang Kai’s tone, Seeking Passion Sect seemed to have been completely wiped out, otherwise, how could they abandon their Sect’s headquarters?

As soon as the words were spoken, Ye Hen seemed to recall something and asked shockingly, “Could it be that Senior Yang…”

This thought shocked Ye Hen as he did not expect the gentle and warm-hearted young man to be so cruel as to destroy an entire Sect.

Yang Kai grinned meaningfully but did not deny, “I have founded High Heaven Palace where the Seeking Passion Sect once stood, so its former lands are now mine. If Sect Master Ye wants to, he can settle there temporarily. There’s no need to worry about security issues either as I have commissioned a Spirit Array Grandmaster to rebuild and improve the Sect Defending Array.”

How old was Yang Kai? Yet he actually occupied the former site of a top Sect in the Northern Territory and even established a Sect!

He thought of himself, who could not even protect the inheritance of his ancestors, and felt incomparable next to Yang Kai.

Yang Kai continued, “Although I founded High Heaven Palace, there are only a few people in the Sect, so this treasured land is basically empty now. In any case, it was going to remain unoccupied for some time, so if Sect Master Ye sees fit, he can bring his disciples to settle there.”

Ye Hen asked curiously, “If I may ask, Senior Yang, how many people are there now in your noble Sect?”

Yang Kai fell speechless for a moment, before opening his mouth with difficulty, “Not three hundred either.”

“Uh…” Ye Hen was startled and hesitated, “Could it be…”

“There are only three people for the time being,” Yang Kai laughed awkwardly.

Ye Hen could not believe his ears. Only three disciples were occupying such a vast piece of land? How blessed were those three disciples? They could consume all that rich World Energy in those mountains and rivers, and access any cultivation paradise at will. Their cultivations would definitely rise rapidly!

“Although it’s three people, they’re actually just Honoured Guest Elders. There isn’t even one disciple for the time being.”

“Three Honoured Guest Elders? What cultivations do they have?” Ye Hen was flabbergasted.

Yang Kai looked to the side and stretched out his finger, “Monster King Ying Fei is one of them, as for the remaining two… they are also Monster Kings like him, but I asked them to stay there to keep watch over the Sect, so they didn’t follow us here!”

Ye Hen was stunned, as if someone hit him over the head with a hammer.

He thought that it was already a great advantage that Yang Kai had a Monster King by his side, but he did not expect him to actually have three Monster Kings! A newly established Sect that did not even have a single disciple already had three Monster Kings as Honoured Guest Elders instead! What a majestic heritage this was! Many top Sects were simply incomparable!

Ye Hen could foresee that given time, this High Heaven Palace would surely become the top Sect among all top Sects in the entire Star Boundary.

No wonder Yang Kai said that there was no need to worry about security issues. There was already a powerful Sect Defending Array and two Monster Kings standing guard, who would dare offend them?

Although Emperor Heaven Valley was good, it was quite small. If five hundred disciples cultivated here, their efficiency would definitely drop, and if he wanted to break through to the Emperor Realm…

However, as a Sect Master, Ye Hen needed to consider a lot of things, so even though his heart was moved, he did not immediately agree.

After hesitating for a long time, Ye Hen sighed and said, “Thousand Leaves Sect has over ten thousand years of inheritance, but it was suppressed so greatly under the management of this Ye. This Ye does not want to be a sinner, nor can he let the inheritance of Thousand Leaves Sect be cut off in his hands. I…”

As a Sect Master, his mission was to revitalize Thousand Leaves Sect and make it prosper, so how could Ye Hen bear seeing it end?

“This…” Ye Hen was startled when he heard these words, and immediately felt ashamed, “This Ye was being overly suspicious and pessimistic.”

As he thought about it, if Yang Kai really wanted to absorb the Thousand Leaves Sect, he could just subdue it directly by force. He would have to surrender whether he wanted to or not, so why bother even negotiating in the first place?

“Sect Master Ye has his own considerations, I understand.” Yang Kai smiled lightly.

“Since Senior Yang is being so generous, then it would be impolite for this Ye and Thousand Leaves Sect to refuse. We will always remember your great kindness.” Ye Hen bowed to him, “It’s just that the distance to the Northern Territory is quite far, how are we going to get there?”

“I have my own arrangements.”

When things were finalized, Yang Kai immediately began arranging a Space Array in the middle of the mountain valley.

The first reason for moving the disciples of Thousand Leaves Sect to High Heaven Palace was to add some population to the currently empty Sect. Secondly, Yang Kai was very interested in Thousand Leaves Sect’s Puppet Arts. One would not be so petty after receiving another’s kindness. Thousand Leaves Sect would definitely not be too stingy with its knowledge in High Heaven Palace over time, and that would be equivalent to adding much knowledge of the Puppet Dao to the Sect. In the future, when Yang Kai’s friends and family came from Shadowed Star, they would have an extra layer of protection. Puppet Arts were perfect for those from Shadowed Star, who were not personally very strong yet.

Thirdly, Yang Kai wanted to use this Emperor Heaven Valley as a transit station for his Space Arrays.

After less than half a day of bustling about, a brand-new Space Array appeared in the mountain valley.

Zhu Qing had been observing him silently and was shocked to discover that Yang Kai was so accomplished in the Dao of Space.

As soon as everything was prepared, Yang Kai ordered Ying Fei to leave first, then arranged the five hundred disciples from Thousand Leaves Sect to take turns passing through the Space Array.

Each activation of the Space Array consumed a lot of Source Crystals, and could at most transmit twenty to thirty people at a time.