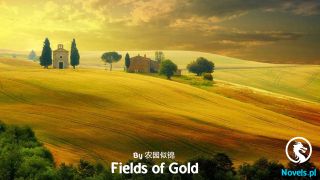 Chapter 5377: Crossing Blows with My Mother

“What are you standing in a daze for? Let’s move on,” Chu Feng said.

Even though the black aura hadn’t fully receded yet, Chu Feng was confident that he could guarantee everyone a safe passage. Thus, the three of them rose to the sky and ventured into the depth of this massive cavern.

“Chu Feng, how did you know that we’ll be able to obtain such benefits as long as we followed you in?” Ling Sheng’er asked.

“There were plenty of hints provided on the stone wall. If you followed your big sister’s instructions and entered the right formation gate, you would have been able to advance when I cleared this stage, but your rewards would have been much less. It’s true that this spirit formation gate is much riskier, but you’ll be in a relatively safe position as long as you don’t carelessly move around,” Chu Feng said.

“Wait. You deciphered the content on the stone wall within such a short period of time?” Ling Sheng’er was taken aback.

She had glanced at the writings on the stone wall earlier too, but she struggled to comprehend them. Knowing that it would have taken her some time to decipher them, she decided not to bother with it.

Thus, both her and her sister’s interpretation of the writings on the stone wall was still derived from their mother’s description.

What Chu Feng mentioned didn’t match what her mother told them, but from the looks of it, his interpretation was much more accurate. This meant that he had better understood the writings than their mother within a short period of time.

This made Ling Sheng’er realize that she and her mother were far beneath Chu Feng in terms of talents.

“Do you finally know how formidable my big brother is? Your big sister was too shallow-minded. She wanted to make use of my big brother for paltry gains instead of forging a good relationship with him. She’ll regret this decision in the future,” Bai Yunqing said.

“Chu Feng, don’t blame my big sister for this. She isn’t a bad person. She simply cares too much about me, which is why she sometimes resorts to such extreme measures for my sake. Blame me if you must!” she said.

She didn’t want to see her older sister and Chu Feng becoming enemies.

“I won’t pursue what happened earlier on your account, but if your big sister harbors a grudge against me and continues to come after me… two can play the game,” Chu Feng said.

“That would be for the best,” Chu Feng replied with a smile.

He had a good impression of Ling Sheng’er and would like to avoid making an enemy out of her big sister if possible, but to be frank, he didn’t think that Ling Sheng’er could keep Ling Mo’er in line.

If Ling Mo’er had any wits, she would have let bygones be bygones, but there were plenty of prodigies in the world who possessed good talent but lacked a good brain. If Ling Mo’er was the type of person who was bent on dealing with him just because she had a powerful background, there was no way he would simply take it lying down.

The cavern they were in was so huge that it looked boundless, but Chu Feng and the others were God-cloak World Spiritists, after all. It didn’t take them long to travel to the other end of the cavern.

A majestic spirit formation gate was awaiting them there.

“Is the next stage the final floor of the Ancient Palace?” Chu Feng asked.

“Yes, it is. Based on what I know, it should be a challenge that poses no risk to one’s life,” Ling Sheng’er said.

Chu Feng and the others flew into the spirit formation gate.

Chu Feng’s surroundings warped as soon as he stepped into the spirit formation gate.

He was transported to a hall shrouded in fog, which severely limited his range of vision. Surprisingly, Bai Yunqing, Ling Sheng’er, and Yao Luo seemed to have vanished into thin air.

“Is it an illusory formation?”

Chu Feng deduced from his sharp observation skills and experience that he had entered an illusory formation. He figured that everything he was seeing before him was just a manifestation of a formation and wasn’t real.

Crisp footsteps could be heard from the fog. Chu Feng maintained the highest level of vigilance. Soon enough, a woman emerged from the fog. She stopped a distance away before bowing to him with a smile.

“I am Jie Ranqing from the Seven Realms Sacred Mansion. Congratulations on coming this far. To proceed on to the next stage, you’ll have to defeat me in a fight. If you fail to do so, you’ll have to try again next time. I should first warn you that I’m very strong. Once you’re ready, take a step forward and we’ll begin the duel,” Jie Ranqing said. “Are you ready?”

Chu Feng jolted in shock upon hearing those words.

“Chu Feng, is that your mother in her younger self? What is this illusory formation up to?” Eggy was worried because she knew that his mother was one of his weaknesses.

“It isn’t just a simple illusory formation. My mother’s powers are contained inside the formation. This formation was probably left behind by my mother,” Chu Feng said.

He could tell that the illusion before him was his real mother from her resemblance to him, and those words probably came from her too. It was The illusion likely possessed the same strength his mother did in her younger years when she challenged this stage.

“Are you ready?” Jie Ranqing repeated herself instead of answering Chu Feng’s question.

That further affirmed Chu Feng’s guess that this wasn’t just a simple illusion formation. Everything was clearly set in place beforehand, or else the other party should have been able to interact with him.

“Mother, let me have a taste of your strength then,” Chu Feng said as he took a step forward.

Chu Feng felt a surge of power flowing into his body, limiting his spirit power at White Dragon God-cloak.

“I’ll be making a move since you’re ready.”

Jie Ranqing gathered a powerful surge of spirit power with a raise of her hand and blasted it at Chu Feng. It looked like a simple attack, but it was further enhanced by a formation.

Jie Ranqing’s spirit power appeared to have been capped at White Dragon God-cloak too, but Chu Feng dared not to get careless. He quickly constructed a formation to retaliate too.

The two formations clashed before dissipating in unison. Chu Feng wasn’t able to claim the upper hand in the clash.