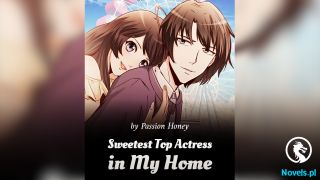 “That’s right,” Song Yun replied with a nod. “Big brother Chu Feng, I know that the soul power is important to big sister Zi Ling, but I wouldn’t have raised this request if I didn’t need it.”

That put Chu Feng in a spot.

He was actually a little suspicious of Song Yun due to Song Xue’er earlier warning, as well as everything Song Yun had done thus far. She hid her identity and cultivation, and she tried to manipulate Wang Yuxian earlier.

Without a doubt, Song Yun had been hiding far too much that it was hard to discern her true intentions.

But again, Song Yun had never tried to harm him. On the contrary, she had even saved him on numerous occasions. Back then, when he was captured by the Holy Light Clan, she marched in with her allies to save him. That was not something that most people would dare to do.

That was why Chu Feng was put in a spot.

He knew just how important the soul power was to Zi Ling, and he didn’t want to miss this precious opportunity. Out of selfish motives, he wanted to secure it all for her.

However, he couldn’t bring himself to turn down Song Yun either. What if Song Yun was telling the truth, and she really needed the soul power to save her life?

Despite his internal conflict, Chu Feng still quickly made his decision.

“What about this? If I’m able to shatter the barrier, we’ll share the soul power here equally between the two of you,” Chu Feng said.

Even though Song Xue’er had given Chu Feng a warning, he still chose to trust Song Yun considering what the latter had done for him thus far,

Besides, this ancient remnant was discovered by Song Yun’s mother and the Godwish Grandmother. It was only right for him to share the rewards with Song Yun and Wang Yuxian.

It was due to these considerations that he chose to go with an equal split.

“Thank you, big brother Chu Feng. I know that you wouldn’t leave me to the lurch,” Song Yun replied with a delighted smile.

She then turned to Zi Ling and said, “Big sister Zi Ling, please don’t blame me for this. I am also in a difficult position. If there was any other choice, I wouldn’t have fought with you over this.”

“I understand,” Zi Ling replied with a polite smile.

“Don’t worry, Zi Ling won’t blame you for that. You don’t need to think too much into it,” Chu Feng added.

However, he quickly turned to Zi Ling and asked via voice transmission, “Zi Ling, do you blame me for this?”

“Big brother Chu Feng, I know how much you value your friends. You have always been generous with them, never hesitating to help them out. This is the first time you have expressed your selfish motive toward your friends, and I know that you’re doing it for my sake. I’m happy to know how much you treasure me.

“I also agree with your decision. It was the Godwish Grandmother and the Lady of Dao Sea who opened this remnant, so it wouldn’t do for me to monopolize the treasure here. I’m already satisfied with the current outcome. You don’t need to feel pressured about this,” Zi Ling replied through voice transmission too.

Her voice was as gentle as ever. She even carefully phrased her words out of fear that Chu Feng would feel indebted to her. However, what she didn’t know was that her response only left Chu Feng feeling even heavier inside.

His lover had accorded him with such great trust, but he wasn’t able to protect her. He felt ashamed by his own powerlessness.

Chu Feng stepped forward and began deciphering the barrier. He had reached rank seven Dragon Transformation Sensation, and formations had always been his strong suit. It didn’t take him long to tear down the barrier.

However, he didn’t allow Zi Ling and Song Yun to approach the formation right away. Instead, he started constructing a formation of his own. This formation served to protect the two women while facilitating them in the absorption of the soul power.

It took him more time to construct the formation than to remove the barrier.

While the soul power might look harmless at the moment, there was no guarantee it was truly safe. Thus, Chu Feng had to take all precautions in order to ensure their safety.

Despite his spirit power and skills, he was still sweating profusely by the time he finished constructing the formation. He had to expend himself greatly to set up the formation.

Chu Feng patted Zi Ling’s head and told her to focus her attention on absorbing the soul power. There was nothing more important to him right now than her safety.

If he had to make a choice, he would be willing to lay down his life for Zi Ling. His current sacrifice wasn’t even worth a mention at all.

What the crowd didn’t notice was the bizarre gleam in Song Yun’s eyes as she watched the interaction between Chu Feng and Zi Ling.

Everything proceeded exceptionally smoothly. As powerful as the Monstrous King’s soul power was, it didn’t cause any harm to Zi Ling or Song Yun. The two of them were also able to absorb the soul power with ease thanks to Chu Feng’s formation.

Even so, Chu Feng continued to keep an eye on the two of them.

He couldn’t eliminate the possibility of an accident occurring. Zi Ling and Song Yun’s safety was at stake, so he wasn’t about to get careless.

An accident did occur, but it stemmed not from the soul power but Song Yun.

Chu Feng quickly turned to look at Song Yun, but he couldn’t tell what was the problem. At this rate, the amount of soul power Zi Ling could obtain would be very little.

“What are you doing?” Chu Feng asked Song Yun.

Song Yun should have been able to remain conscious even while she was absorbing the soul power, but she didn’t respond to Chu Feng, as if she couldn’t hear him at all. Left with no choice, Chu Feng rushed over to Song Yun’s side, hoping to use his power to slow down Song Yun’s rate of absorption.

The soul power circumvented Chu Feng to enter Song Yun’s body, as if there was something within her that furiously drew it in. Rather than to say that Song Yun was absorbing the soul power, it felt more like the soul power was actively entering her body.

He did manage to speed up Zi Ling’s rate of absorption, but it was still nowhere close to Song Yun’s.

Under the furious absorption of the two women, it didn’t take long for the Monstrous King’s soul power to be completely devoured. The carcass that previously stored the soul power also dissipated into thin air.

Unlike their earlier promise, the soul power wasn’t split equally between Zi Ling and Song Yun. Zi Ling only obtained 20% of it, and that was with Chu Feng’s help. Otherwise, she wouldn’t have been able to even absorb 10%.

“Yun’er, why did you do that? Didn’t we agree to split the soul power equally?” Wang Yuxian stepped forward and questioned Song Yun.

In terms of relationships, Wang Yuxian should have been closer to Song Yun considering the ties between the Godwish Grandmother and the Lady of Dao Sea, but she still lost her temper here.

It was true that it was the Godwish Grandmother who found the Monstrous King’s Soul Mound, but if not for Chu Feng, they wouldn’t have been able to overcome the trials at all. They might have even lost their lives.

In fact, Chu Feng could have simply refused Song Yun’s demand. The world of cultivation had always been the survival of the fittest. He could have monopolized all of the soul power for Zi Ling.

Yet, Song Yun still greedily took in so much soul power despite knowing that it was vital to saving Zi Ling’s life.

That was why Wang Yuxian was infuriated.

“Big sister Lele, what are you saying? I don’t understand.”

Yet, Song Yun maintained a look of innocence, as if she didn’t know what was happening at all.

“Are you really unaware that you devoured 80% of the soul power earlier?” Wang Yuxian questioned.

Song Yun looked confused and astonished as if she was truly unaware of the matter.

However, Wang Yuxian didn’t believe her at all.

A new spirit formation gate had appeared in place of where the Monstrous King’s carcass previously was. It was the gateway leading them out of the ancient remnant.

Chu Feng grabbed Zi Ling’s hand and left via the spirit formation gate. He didn’t question Song Yun’s actions, but he didn’t bother reassuring her either.

He wasn’t a fool. He was well aware of what had happened earlier.

But what he was feeling right now wasn’t anger but disappointment.