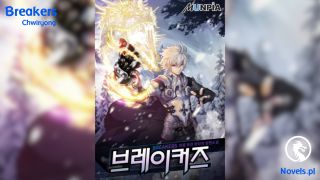 Chu Feng and the others started speculating amongst themselves upon hearing those words. They wondered who the three people were.

According to the black mist, the restriction wasn’t on one’s age but talent, but the Godwish Grandmother and the Lady of Dao Sea didn’t seem to fit the criteria. They were renowned figures in the Nine Souls Galaxy, but they had already reached a bottleneck in their cultivation. It showed that their talent was lacking compared to Chu Feng and the others.

In other words, the three people were among the juniors.

As a result, the juniors couldn’t help but feel nervous yet excited. There were only two people present who had absolute confidence in themselves.

One of them was Chu Feng, and the other was Song Yun.

The humanoid monster suddenly opened his palm and produced a surge of black mist.

The humanoid monster waved his hand, and the black mist shot toward Wang Yuxian and covered her body.

Those from the Dao Sea weren’t too surprised to see that Wang Yuxian had been chosen. After all, she had always been known as the greatest prodigy of the Nine Souls Galaxy, so there was no questioning her talent.

However, Song Xue’er’s expression crumbled upon seeing that Wang Yuxian had obtained the qualification. She glanced at Song Yun and Chu Feng.

Chu Feng’s talent was ridiculously high, such that there was no doubt in her mind that he would receive the qualification. At the same time, she had a clear idea of how talented Song Yun was.

With those two present, it was impossible for her to receive the qualification.

On the other hand, Chu Feng started feeling a little anxious.

There were only two slots left, and he knew that he would be receiving one of them. This meant that the third slot was likely to either go to Song Xue’er or Zi Ling.

Alternatively, it could go to Song Yun too.

However, his goal here was to help Zi Ling get into the Monstrous King’s Soul Mound. It would be meaningless if she were to be denied entry here.

The humanoid monster spoke up once more.

A new surge of black mist gathered in his hand, but its size was visibly larger than that of Wang Yuxian’s. This seemed to indicate that the second candidate possessed talent greater than Wang Yuxian.

While everyone was speculating who it was, the humanoid monster waved his hand, and it flew straight toward Song Yun. It coiled around Song Yun’s body with great fervor, reminiscent of blazing flames.

“It looks like the final slot will be going to young friend Chu Feng,” the Godwish Grandmother and the Lady of Dao Sea said.

There was no doubt in everyone’s mind about that.

Chu Feng had already thoroughly proven his talent, such that no one could voice any qualms about it.

The humanoid monster manifested a surge of black mist that was larger than Song Yun and Wang Yuxian’s combined.

The humanoid monster waved its hand, and the black mist flew toward Chu Feng’s direction, just as everyone had expected.

It was just that the black flames suddenly screeched to a halt upon reaching Chu Feng’s vicinity. It was trembling ever so slightly, seemingly trying to get closer but to no avail.

The Godwish Grandmother and the Lady of Dao Sea directed uncomprehending looks at Chu Feng. They could tell what was happening.

The humanoid monster appeared to possess sentience. It was able to see through Chu Feng’s intention.

“Elder, can I pass on the opportunity to someone else? I don’t think that I’m the most qualified person to obtain Lord Monstrous King’s heritage,” Chu Feng said.

“I am the one who decides who’s qualified. Are you challenging my authority?” the humanoid monster asked.

“Elder, I dare not to question you. I just wish to pass on the opportunity to someone else,” Chu Feng insisted.

“Oh? Who do you want to pass the opportunity on to?” the humanoid monster asked.

However, the humanoid monster shook his head and said, “Her talent is the worst amongst the three of you. How could I allow her to enter Lord Monstrous King’s Soul Mound?”

“That can’t be. Elder, could there be a mistake here?” Chu Feng asked.

The Blood-red Ancient Tower was currently inside Zi Ling’s body, elevating her talent to an incredible height.

“Talent is something that a person is born with. There can be no mistake in my judgment. I won’t change my mind. You can either accept the black mist, or else I’ll pass the opportunity on to another person I deem qualified,” the humanoid monster said.

Chu Feng’s eyes hardened with determination upon hearing those words.

Chu Feng suddenly reached forth to grab the black mist. It was clear to the crowd that he was intending to forcefully manipulate the black mist to enter Zi Ling’s body.

“Big brother Chu Feng, you can’t do that! Don’t miss this precious opportunity because of me!” Zi Ling tried to advise him against it.

“Young friend Chu Feng, calm down!” the Lady of Dao Sea also persuaded him to stop as well.

Even Shengguang Baimei and Daoist Niantian were trying to dissuade him from what he was doing.

“Brat, are you asking to die?”

The voice of the humanoid monster turned cold. He raised his hand, and the black mist morphed into a sharp sword directed at Chu Feng. The sword wasn’t huge, but it was emanating a terrifying aura.

Zi Ling even rushed forward to stop him.

However, none of them could change Chu Feng’s mind.

“Elder, I ask you to grant my wish,” Chu Feng said.

Everyone was shocked by Chu Feng’s audacity. The Godwish Grandmother and the Lady of Dao Sea weren’t a match for the humanoid monster, which meant that the latter could have easily taken Chu Feng’s life if he wanted to.

However, a shocking sight occurred. The humanoid monster suddenly burst into laughter.

“Interesting. It looks like you really don’t fear death. Since that’s the case, I’ll trust you this once and see if that lass is really as talented as you put her out to be.”

The humanoid monster raised his hand and manifested another surge of black mist. With a wave of his hand, the black mist gushed into Zi Ling’s body. Shortly after, Zi Ling’s body started giving off the same black mist as Song Yun and Wang Yuxian.

“Brat, are you going to continue blocking the black mist? You don’t intend on accompanying that lass into Lord Monstrous King’s Soul Mound?” the humanoid monster asked.

Hearing that, Chu Feng quickly released his barrier and allowed the black mist in front of him to enter his body. Shortly after, he began emanating the most concentrated black mist of all.

“Thank you for granting my wish, elder,” Chu Feng clasped his fist and said.

“One last word of advice. You’ll face grave danger inside the Soul Mound, such that the odds of surviving are slim at best. If you fear death, it’s not too late to turn back.”

The humanoid monster swiftly dissipated after saying its words, leaving only a layer of black mist at the entrance of the ancient remnant.