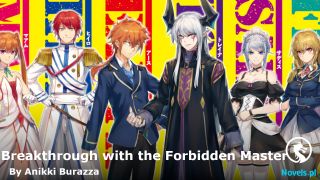 «Madam Is A Sensational Figure In The City (Web Novel) - Chapter 749: Copied Style

Ke Ying reported to Leng Yuxi about the situation. A few men who seemed formidable and not to be trifled with, rushed in immediately even though the were happily taking some ‘couple photos’ with Zhuang Heng moments ago.

“Pack up your stuff and get out quickly. No photos allowed anymore!”

Hearing that, Ke Ying’s face turned sullen and she questioned, “Hey, where did you punks come from? Do you know who booked this place?”

The leader pushed Ke Ying to the ground and said, “I dont care who you are. We don’t provide photo-taking services now. If you still don’t get lost, I’ll throw you out now!”

‘Security has always been tight in this studio. How did these hooligans rush in?’

Ke Ying’s face turned pale and she hollered, “How dare you push me? Miss Bai is my best friend and she’s the one who booked this place. Are you really not afraid to offend the Bai family? Let me tell you, Bai Moliang is her brother!”

While Ke Ying was fierce, the man was even more aggressive than her. “I don’t care what family she’s from. Woman, do you not understand human language? You’re not allowed to take pictures here now.”

“What are we supposed to do if we can’t take pictures? We are a proper drama series production crew!”

“Our boss has bought this place for his wife to play. If you’re indignant, why don’t you go look for our boss instead?”

Ke Ying was furious and she tugged the hem of her skirt tightly while yelling, “If you have what it takes, tell me who your boss is!”

“Our boss is Huo Xishen!”

The group of tyrannical men was none other than the Huo family’s escort team.

It also happened that they were ordered to secretly tail… ahem, secretly protect Yan Jinyi.

Huo Xishen said that although Yan Jinyi was very powerful and good at fighting, she was still a vulnerable woman!

Yan Jinyi merely called Huo Xishen on the phone and told him to deal with his irritating suitor but she didn’t know what he had secretly done to harm others.

It was an artificial peach forest that was built by the production team of another drama series and was about to be dismantled because filming had already ended for them. Fortunately, Tao Wei stopped them immediately.

Although it was artificially built, the peach forest looked very realistic and the landscape was gorgeous too. The final photos turned out to be surprisingly nicer than those taken in the studio.

“This is considered a blessing in disguise. Director Tao, thank you for introducing me to Jinyi. I believe that our drama will be successful.”

Looking at Yan Jinyi, who was browsing through the photos, Fang Ting and Tao Wei stood side by side and couldn’t help but feel emotional.

Tao Wei wanted to say, “Thank God she’s Second Young Mistress Huo. Otherwise, no one will make an exception for her!”

“Good take. Jinyi has this magical ability that allows her to always be able to turn the situation around for the better. We may seem to be at a disadvantage now but after the release of the TV series, we won’t be sure who the winner is!”

Anyway, he specifically hung a poster of Yan Jinyi at home and worshiped her more piously than the Buddha statue.

Leng Yuxi was the first to upload the stills and as soon as they were released, they were widely received.

In particular, many felt that the makeup and styling for the lead actress, Ke Ying, was really demonic and they were certain that the drama series would definitely be interesting.

In the last few days, Yan Jinyi had been working continuously on a talk show she had been invited to and the matters regarding the drama series. She was completely overwhelmed.

She finally had some time to go home and take a good rest but as soon as she reached the door of the car, Lu Jing hurriedly scurried over with a cell phone.

“Sister Jinyi, Leng Yuxi’s team is really despicable. How dare they imitate our styling and makeup? I bet no one will believe us even if we say that they’re plagiarizing our idea!”

‘No wonder they released the promotional photos so eagerly.’

‘Copied our styling and makeup?’

Yan Jinyi grabe Lu Jing’s cell phone to look at a photo of Ke Ying, whose hair and makeup in the still, was extremely similar to that of the vixen she would be playing.