Support
Random Novel
My Senior Brother is Too Steady 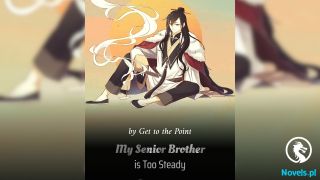 «Madam Is A Sensational Figure In The City (Web Novel) - Chapter 748: Killing You Any Time

Chapter 748: Killing You Any Time

“Yan Jinyi, Yingying is your senior after all. You’d better mind your words. Or do you really think that Third Young Master Huo will abandon Sis Ke Ying for you?”

The one who spoke this time was Ke Ying’s female assistant.

Yan Jinyi was puzzled as he thought, ‘Why do celebs like hiring such sharp-tongued and foul-mouthed female assistants? Do they prefer them because they think that male assistants aren’t as good at arguing?’

“Why are you interrupting me when I’m talking? You sound as terrible as a crow but you keep making so much noise.’

The female assistant froze at the instant that she was yelled at by Yan Jinyi and quickly hid behind Ke Ying, clearly slightly afraid.

Ke Ying prided herself on being different from those actresses who were bullied by Yan Jinyi before.

She was one of the top artistes and the face of TG Entertainment. On top of that, she was also best friends with the heiress of the Bai family.

And what about Yan Jinyi?

She didn’t even graduate from the film academy and was able to get to where she was today, only with the support of Second Young Mistress Huo.

‘But, sooner or later, that person will also be pulled down her pedestal by Yuxi one day.’

“Jinyi, on the account that you’re my junior from the same artiste company, I advise you to give up the bet that you made with Yuxi. You can never beat her. Look, this is only the beginning and you’re already getting rebuffed everywhere.”

Yan Jinyi clenched her fists, thinking that Ke Ying’s face was a little bigger on one side. At this moment, Zhuang Heng suddenly appeared from inside the house.

He should still be in the midst of getting his makeup done as he hadn’t even put on the wig properly.

However, his face was still handsome and he was worthy of being the most popular actor in the entertainment industry.

Facing Zhuang Heng, Ke Ying was still a little scared so she smiled and shook her head as she explained, “No, I just wanted to persuade Jinyi to give up the bet with Yuxi. Well, as you know, Jinyi will definitely lose this time, Zhuang Heng.”

Zhuang Heng was displeased, “What are you being so nosy for? Little pepper is a fairy who has descended on earth. Who is Leng Yuxi compared to Little pepper? How can she possibly defeat Little pepper?”

‘If that’s the case, why are you still starring in Yuxi’s drama?’ Ke Ying retorted in her heart.

She was curious. Zhuang Heng may be powerful and rich, but he was just a celebrity in the entertainment industry.

‘To put it bluntly, he’s still just an actor in the eyes of the wealthy but why does Yuxi seem to respect him?’

Even though Zhuang Heng said in front of Leng Yuxi that Yan Jinyi will definitely win the bet, Leng Yuxi surprisingly did not get angry either.

“Little pepper, wait a moment, the person in charge of this is my buddy. I will get him to vacate the studio for you now.”

Yan Jinyi looked up and retracted her hand with a straight face. “Nah, I think Sis Ke Ying is right. My actors are naturally good-looking and they can make the worst backdrop look like a Hollywood film. Faces that have undergone plastic surgery can never compare!”

Eighty percent of the actresses in the entertainment industry had gone under the knife to make slight changes to their appearances but Ke Ying had way more than that done on her face.

She couldn’t help it. Since she was the actual owner behind TG Entertainment, she could easily see the information about her employees~

Ke Ying held her anger back and thought, ‘Hmph, you make it sound so nice.’

The entire studio had been booked by Yuxi so unless Yan Jinyi was self-reliant, she wouldn’t be able to take the final stills within six months.

Yan Jinyi had long expected that Leng Yuxi would get up to some tricks.

‘Wel, it’s just some stills. I have a strong backer and the photos I take will be enough to kill you in seconds!’

However, after leaving the studio, she nevertheless, gave Huo Xishen a phone call.