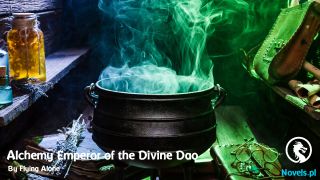 «Madam Is A Sensational Figure In The City (Web Novel) - Chapter 500: You Are My Ideal Type

Chapter 500: You Are My Ideal Type

Yan Jinyi was just about to say yes but she changed her might right when she was about to. “What does it have to do with you whether I have a boyfriend or not?”

“To be honest, Miss Yan, you are totally my type. If you’re still single, I want to court you.”

‘Court me?’ Yan Jinyi raised her brows, feeling amused by how ridiculously confident Wang Heng was.

Even her fans wouldn’t agree to it, let alone her.

Yan Jinyi turned around to see that her fan girls were still crowding around the entrance of the restaurant and craning their necks to peep in. With a conflicted gaze, Yan Jinyi waved at them.

Everyone swarmed towards Yan Jinyi hysterically in an instant.

“Sister Jinyi, is something wrong?”

“Sister Jinyi, are you looking for us?”

“Sister Jinyi, feel free to give us any instructions, we’ll definitely carry them out well.”

Yan Jinyi pointed to Wang Heng and said with an innocent smile, “That man, Mr. Wang, is here on a blind date with my friend. However, he keeps criticizing her and even said that he prefers me to her. He wants to pursue me, do you guys approve?”

As soon as Yan Jinyi said that, her fans immediately got extremely worked up and began lashing out at Wang Heng harshly.

“No, absolutely not! Sister Jinyi is a great beauty of the entertainment industry, how can this swine be worthy of her?”

“Yes, yes, Sister Jinyi has to marry a handsome man in the future. Who do you think you are? Take a look in the mirror and see for yourself how hideous you are.”

Wang Heng had never been insulted and humiliated so badly before. He retorted with bloodshot eyes, “You people are just her fans, who are you to decide for her? I’m a manager at the Bai Corporation and I draw a monthly wage of more than 100,000 yuan. Why can’t I pursue the person I adore?”

‘Why do I keep running into weirdos?’

Yan Jinyi had to take her hat off to Wang Heng for having such great confidence. ‘Who gave him the courage to be so narcissistic?’

“100,000 yuan a month is nothing. Do you know that Zhuang Heng is wooing Sister Jinyi too? Not to mention his income, even Sister Jinyi’s earnings from starring in a film is countless times more than what you make.”

“Lecher, who are you to go on a blind date with Sister Jinyi’s friend and then criticize her before suddenly turning to court Sister Jinyi?”

“Sister Jinyi’s best friend is so pretty and you have the guts to despise her. You must either be blind, or trying to use Sister Jinyi for clout.”

The limit to a woman’s aggression is unimaginable, what more a bunch of women.

Wang Heng was being scolded so harshly that he was too powerless to retaliate.

Tan Sangsang happened to have just hung up the phone and walked over. Curious to see that there was such a huge commotion, she asked, “Jinyi, what’s the matter?”

“Oh, this man wants to court me so my fans are mobbing him.”

Tan Sangsang took a step forward gloatingly and said loudly, “I’ve just spoken to my aunt over the phone. Wang Heng, I’m not interested in you. Also, you will never be fit enough to court Jinyi in this lifetime. Hurry up and get lost, lunatic.”

After saying that, she took Yan Jinyi’s hand and said, “Jinyi, let’s go, he’s such an eyesore.”

Yan Jinyi looked at Tan Sangsang with great surprise. ‘How is this timid little girl so sharp-tongued today? Indeed, people who hang out with me tend to get influenced by me and become more aggressive.’

Wang Heng had an incredibly sullen expression and he was just about to catch up to them but Yan Jinyi’s fans had already surrounded her to protect her.

“Sister Jinyi, get going, quickly. Leave this man to us.”

“Yes, Sister Jinyi, leave quickly, we won’t let him get his filthy hands on you!”

“Babies, you guys are awesome today. Love you, muacks.”

Yan Jinyi blew a kiss at them before turning around to leave without hesitation.