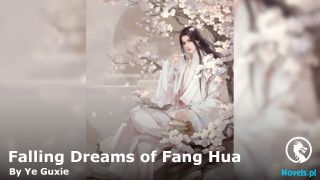 The content of Ocean Stronghold’s downloadable content was about Captain Qin Yi going deep into the Zergs’ nest and executing the beheading operation on the Zerg Queen.

The horror that the Zergs gave people was not as strong as the ‘Ultimate Horror’, but it would still maintain a moderate sense of fear. The light in the nest would not be as dark as inside the haunted house, but it would still create a more depressing environment.

Choosing this genre could give tourists who were tired of horror genres a sense of novelty. At the same time, it would be a part of Tengda’s IP. It would be beneficial to the extension and expansion of the IP.

Most importantly, this theme could be made to be interactive!

Chen Kangtuo quickly created a new document on his computer and quickly recorded his thoughts.

“In this project, we can let tourists act as the Skylark warriors to execute the decapitation operation on the Zerg Queen.”

“The entire process will be conducted indoors. We will create an immersive experience through the physical setting and the huge projector screen.”

“The maximum speed of this project does not need to be very fast based on the current data of some successful project. It should be around 20 to 30 mph. That is because the actual experience of the project is that the forward motion and the rotation motions should be closely integrated. Thus, to tourists, the physical sense will be much faster than the actual speed.”

“It doesn’t need to be very high. The difference between the highest point and the lowest point is about 25 meters.”

“The entire project is a complicated circular layout with more than ten scenic spots and passageways.”

“On the other hand, the viewpoint is a huge, wrapped projection screen. Huge Zergs will appear here. It can be considered a battle scene.”

“Tourists’ actions at scenic spots will affect their advance path.”

“When passengers face the projection screen at the scenic spots, the roller coaster will move in tandem with the image on the projection to perform multiple angles of motion, creating diving, rising, and other effects.”

“We will not use traditional roller coasters. Instead, we will use an indoor roller coaster like the one with the wizard theme. Tourists will sit in a row of four chairs with their feet in the air.”

“Four people in a row with separate experiences. That way, every tourist would not be able to see the people around them. It would be better to immerse in the experience.”

“While their sense of immersion if they were to stand might be stronger, but there could be some safety issues, so we’ll choose to let them sit. Moreover, the feeling of flying can be more realistic with both feet in the air.”

“In order to improve the players’ sense of immersion, there will be a technological display at the front of the seat. The UI can introduce the tactical targets at the current landscape.”

“Provide tourists with the Skylark Warrior’s magnetic rail rifle, which is fixed to both hands and the seat to prevent it from falling during the tour. The body of the rifle will simulate recoil and vibration. The muzzle of the rifle will be like a prop gun in the movies and shows that it has a fire-breathing device. When shooting, the sensor in the landscape will sense the direction of the tourists’ shooting and cause damage to the Zergs on the projection screen.”

Hao Qiong interrupted Chen Kangtuo. “There might be a slight delay in this, right? Also, should we add a crosshair? What if the tourists can’t shoot accurately?”

Chen Kangtuo shook his head. “There’s no need. In such a tense and exciting environment, most people would raise their guns and shoot wildly. The tourists would not be able to sense if they were accurate or not. It would be enough to make the scene more lively as long as the vibration of the gun is strong enough, the flames from the muzzle are big enough, the range of the sensor is a little blurry, and the hit rate of the tourists is higher.”

“Tourists can have different choices in different scenic spots. For example, they can focus on attacking the Zergs on one side. Then, the following route would move towards this side.”

“Of course, Captain Qin Yi will lead the tourists to attack on the big screen, and he will also fire at the Zergs. Tourists can still experience the entire process and have a good sense of immersion even if they were paralyzed in their seats the entire time and did nothing. However, in that case, the final outcome would be to escape the Zergs’ nest under Captain Qin Yi’s lead and fail to complete the mission to kill the Zerg Queen.”

“The tourists will only be able to defeat the Zerg Queen only if they worked together to enter the nest and fight.”

“The four tourists in each row will form a team. Only four tourists can experience each scenic spot at the same time. We have to plan the process and route.”

The two of them discussed and recorded at the same time. The prototype of the project was formed in no time.

In fact, similar entertainment projects had already been established overseas earlier on and they were very popular. However, most of these projects were related to popular IP overseas.

The project for Operation Skylark on the other hand, was Tengda’s own IP. It also provided tourists with many routes and strong interaction. It could be said to be very unique and was very rare in domestic amusement parks.

Chen Kangtuo was very satisfied. “Alright, we have a rough plan then. Let’s go to the contractor to confirm the plan and price!”

The biggest theme park contractor in the world was a domestic company. It had always been famous for its short working period and high safety. A theme park overseas that could only be built in four years had been successfully reduced to a year and three months by this company. They had also won many awards.

Domestic companies were second to none in terms of infrastructure.

Thriller Hostel would be investing a hundred million yuan to build a large-scale indoor roller coaster project if even an entire theme park could be completed within a year and three months. Completing it in a year should not be a big problem.

Of course, the specific design plan and construction method had to be handled by professionals. As the client, Chen Kangtuo only had to provide the proposal and suggestions.

Chen Kangtuo and Hao Qiong, who had been idling for nearly half a year, started working again. They were suddenly filled with energy!

Pei Qian felt much more relaxed after assigning tasks to Chen Kangtuo and the others. That was because all the projects that he had spent money on had been arranged. The pressure on him had been greatly reduced.

Next, he could take his time to plan for the long term.

At that moment, his cell phone vibrated. It was Min Jingchao.

“Boss Pei! We’re heading to Los Angeles tomorrow. We are letting you know in advance.”

Pei Qian did not react immediately.

Min Jingchao was one of the members of FV Team’s tactical team, so he had to make a trip to Los Angeles after the new year to make up for his holiday.

Pei Qian was very happy. “Alright, don’t worry! Go there and spend as much money as you can. Don’t hold anything back and embarrass the company! That’s right, are there any problems with work recently?”

Pei Qian’s interest was piqued the moment he heard the words ‘new hero’. He casually asked, “Oh, what new hero?”

Min Jingchao: “It’s Captain Qin Yi. Isn’t the game and movie of Mission and Choice almost done? It’s quite suitable to bring such a key protagonist into GOG.”

Are you trying to create trouble for me!

GOG was so popular now. Wouldn’t the sudden appearance of Captain Qin Yi and Mission and Choice increase the success rate of the game and movie?

No, I have to think of something!

However, there was no good reason not to do so.

“Every protagonist has a lot of fans. His combat power is top-notch in his universe.”

“If we forcibly bring these protagonists into GOG, there might be some wrangling in terms of combat power. We might cause the absurd feeling of Guan Gong fighting Qin Qiong.”

“That’s why I feel that the new hero should not be Qin Yi. He should just be an ordinary Skylark Warrior.”

“This way, even if the new hero is not powerful, we can say that he is not Qin Yi but an ordinary Skylark Warrior. His combat strength would be more acceptable.”

Min Jingchao was stunned for a moment. “Er… Boss Pei, what you said makes sense. Alright, I’ll tell them to change the plan.”

Pei Qian heaved a long sigh of relief after hanging up.

It might just be an insignificant episode but he could not let his guard down.

He hoped that his suggestion would not have any chain effect on GOG and Mission and Choice!