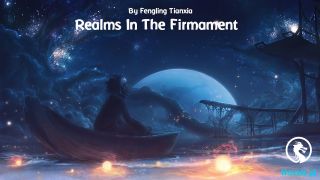 «Losing Money to Be a Tycoon (Web Novel) - Chapter 1227: The Direction of Useful APP

Chapter 1227: The Direction of Useful APP

After sending Liang Qingfan off, Pei Qian continued reading the work reports from the various departments.

Since most of the projects were still in development stages, Pei Qian could not see many clues. Thus, he only took a quick look.

It was not the critical moment before the project was completed and the product was released. Pei Qian could slack for at least another month.

At that moment, Pei Qian flipped through a report and noticed a department that he had not paid attention to for some time.

The Useful APP that Yu Pingan was in charge of.

“Yes, what a good department that does not have a strong sense of existence but is responsible and can really help me share my burdens!” 6

Pei Qian could not help but feel emotional after reading the work report from Yu Pingan.

Yu Pingan had been diligently pushing forward related work ever since the establishment of the Useful APP.

First, he expanded from Handong University, from the field of poetry and ancient literature to other universities and other majors in the country.

At the same time, the content of these lectures would be edited by professionals and accompanied by subtitles. They would be retained on Bunny Tail live-stream in the form of a public lecture for everyone to watch repeatedly.

From the beginning of the creation until now, the form of Useful APP has basically been fixed. The next task was to fill in the content.

However, this was not something that could be done overnight.

It might be an intellectual website but the knowledge inside required many scholars to enter it bit by bit. Professionals in various fields also needed Yu Pingan and the others to connect them one by one.

To put it bluntly, this was a knowledge website. However, completing it was a huge physical job.

Until now, the initial field of ancient poems had reached a relatively high level. The information and content of the famous poems could completely meet the needs of most ordinary people.

As a website mainly targeted at ordinary people, Useful APP did not need to be as advanced as academic magazines, at least not now.

Therefore, the completion rate in this field could be about 80%.

However, that did not mean that 80% of the people in the relevant fields had completed their work. It only meant that this section had basically achieved its initial goal.

However, apart from these famous articles, there were also a large number of less famous poems, articles, and even the same article. As academic research improved, the analysis of it also increased and upgraded.

The relevant young scholars could continue to fill in the content or expand in a specific direction. This job could be a lifetime.

Apart from that, Yu Pingan was also expanding to other fields, but this expansion method was a little disorderly.

He could not be blamed. After all, the purpose of Useful App was to “collect all useful knowledge and popularize them to ordinary people in a simple way.”

There were too many options. Yu Pingan was at a loss as to what to do. Most of the time, he was busy putting on airs and advancing in multiple fields at the same time.

Pei Qian was very satisfied with the current situation of the Useful APP.

It did not have a strong sense of existence. This software had already started operating officially. Tengda Life App and Bunny Tail Live-Stream had also directed a large number of users to it. However, the number of active people was still a long way from being ‘popular’.

It was still a minority group even though many students were using it. Time and spending power were limited.

For others, even if they wanted to look up relevant information, Useful APP would be a very practical piece of software. However, this requirement was not common after all.

Ordinary people probably log in two or three times a year at best.

This was consistent with Pei Qian’s initial estimates: Useful APP would be a huge and long project. It would not be a threat in the beginning.

It might not be very popular but the Useful App has helped Pei Qian spend a lot of money.

Yu Pingan was very responsible in spending all the funds every month without leaving a single cent. He would even report every now and then and apply for additional funds.

“Yu Pingan, you’re so capable. Why did you create the Tengda Life APP back then? You should have made a useful APP long ago.”

“Yes, it was the right decision to let Yu Pingan take the lead in developing a useful APP!”

“…Apart from funding, I have to reply to his questions.”

In this report, Yu Pingan not only introduced the current situation of the Useful APP, but also raised a question.

Specifically, he hoped that Boss Pei would give him some advice.

What direction should the Useful App choose next?

That was because there were too many things he could do. Yu Pingan did not have difficulty in choosing, but he still chose difficulty.

Pei Qian gently rubbed his chin and pondered for a moment.

According to his thinking, he definitely hoped that Yu Pingan would do something in all fields and not be outstanding in any field.

It was just like a forest. If a tree was particularly tall and broke the world record, it would quickly attract attention. However, if all the trees grew on average, no one would notice that the forest was growing at an extremely fast speed.

That way, he could minimize the possibility of a Useful App becoming popular. He could delay time as much as possible and burn more money.

However, he could not be too direct. That would be very strange. He had to describe it in another way.

After choosing his words carefully, Pei Qian replied, “There’s no need to be constrained to a single direction. You have to observe more and pursue some hot topics appropriately, but they cannot be common hot topics on the internet.”

This statement might seem a little vague but Pei Qian felt that the meaning had been expressed. Whether Yu Pingan could understand it or not would depend on his comprehension.

There was no need to be constrained to a single direction. It meant that Yu Pingan could expand his business and do things in many fields, but they would not be too outstanding and attract unnecessary attention.

Observe more and chase some hot topics. In fact, he also hoped that Yu Pingan would not dig too deep into one field and be conflicted for too long. He would chase after a hot topic when he saw one. He would change if there was a new hot topic. He would stop in every field and further reduce the possibility of success of a Useful APP.

Of course, chasing hot topics would inevitably bring about a problem: riding on popularity.

Thus, Pei Qian added another sentence, asking Yu Pingan not to try and ride on the popularity of the internet. It would be best if he could choose some small hot topics.

There were many hot topics like that and they were quite fragmented. They would not be able to ride on the popularity. That was Pei Qian’s ideal choice.

That way, even if the Useful App was developed, it would probably continue to run on a niche platform and not suddenly become popular.

It could be said to be multiple insurance coverage.

Pei Qian thought about it carefully again. He felt that this hint was quite scientific and should not have any outrageous misunderstanding. Thus, he clicked the ‘send’ button.

“Alright, today’s work is over, knock off!”

Pei Qian stretched and prepared to eat some good food to reward himself for working hard.

At the same time, Yu Pingan was thinking hard in front of his computer.

As Useful Apps developed, there were more and more options.

Even though Yu Pingan had already expanded the knowledge of various fields by working with universities, there had to be a direction of specialization like the ancient poems.

However, Yu Pingan had selected at least a dozen fields that could be used for specialization. How to choose them was a headache.

Thus, he mentioned in his work report that he hoped Boss Pei would be able to resolve his confusion.

If Boss Pei made a move, the problem would definitely be resolved. However, Boss Pei was busy at work after all. He might not be able to spare the time.

Yu Pingan did not have much hope for this.

At that moment, he received a new work email. It was a reply from Boss Pei!

“Indeed, no matter how indifferent I looked before, Boss Pei will definitely take action when I need guidance the most!”

Yu Pingan was overjoyed and immediately clicked on it.

“There are two sentences in total. He did not say which direction to choose…”

“It’s indeed Boss Pei’s usual style. He gives directions but doesn’t make it too specific and restricts the person-in-charge’s performance.”

“I have to rely on myself to dig out more information. That way, I can improve my ability to think independently and follow Boss Pei’s thoughts.”

“Don’t be constrained to a single direction. It must be regarding the current overall strategy of Useful APP. As a platform dedicated to providing professional knowledge in the entire field, the overall framework must be set up in the early stages. It will be slowly perfected later.”

“This is in line with what I’m doing now. It’s a form of affirmation and support for my work.”

“The key should be in the last sentence.”

“Chasing hot topics while not chasing the hot topics that are commonly seen on the internet.”

“What is the meaning of this…”

Yu Pingan frowned slightly, vaguely realizing that this should be the key to the problem.

After all, there was a key point in Boss Pei’s interpretation method: There must be deep meaning in every unreasonable point.

On the surface, it seemed to be encouraging Yu Pingan to freeload on less famous hot topics.

However, this did not make sense!

“Ahem, I cannot think of Boss Pei in that light.” Yu Pingan quickly stopped himself from thinking that way.

Thus, Boss Pei definitely did not mean that. Instead, he had a deeper meaning.