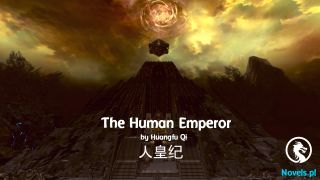 Little Li still didn’t say a word. He only smiled at the person, making the person’s hair stand on end.

When the others heard the voice, they looked over. However, what they saw next was extremely strange and terrifying.

The person grabbing Little Li’s hand sank into his body as though his body wasn’t made of flesh but sand.

“Ah!” Everything happened too quickly. The person only had time to scream before most of his body fused into Little Li’s body.

A few members of the Wang family rushed over to stop the person from sinking further. However, when their hands touched the person’s body, it was as though they had been electrocuted. Their eyes rolled back as their bodies trembled non-stop. The few of them connected together and sank into Little Li’s body.

“No good!” Wang Lu was alarmed as she immediately released her Companion Beasts to pull them away.

The Companion Beast that resembled a polar bear grabbed their bodies and tried to pull them out.

However, exerting strength failed to pull the people out. Only half of the body was pulled out. The rest had already sunk into Little Li’s body.

Looking at the blood on the ground and the strange smile on Little Li’s face, everyone felt their scalps tingle. A chill rose from the soles of their feet to their heads.

“We can only kill him now,” Zhou Wen said when he saw Wang Lu still hesitating.

Wang Lu had become the head of the Wang family because she had extremely lucky abilities. However, in terms of personality, she was excessively kind and hated killing. In this era, she wasn’t the best leader.

The Wang family also knew that Wang Lu’s personality was too docile. It was only because they needed her luck to bring luck to the family that they had no choice but to let her become the family head.

The elders of the Wang family had long had the intent to kill. Just as Wang Lu said that, a few people released their Companion Beasts and charged at Little Li.

“What the hell. The family head’s Companion Beast was clearly fine…” The few elders tried their best to retrieve their Companion Beasts, but how could they? They were instantly sucked into Little Li’s body.

No one dared to release their Companion Beasts again. All of them desperately released sword beams and saber beams at Little Li.

However, the sword beams and saber beams also sank into Little Li’s body. Now, Little Li didn’t seem to have a body of flesh and blood, but a black hole. Anything that approached him would be sucked in.

Instantly, everyone stopped and didn’t dare attack Little Li. They looked at him in horror.

They looked at Little Li, but the motionless Little Li suddenly moved. He charged at a member of the Wang family like a ghost, his face still wearing the same mask-like smile.

Monster! This word appeared in everyone’s minds as their first thought was to escape.

Upon encountering such a redoubtable monster, their psychological defense had already collapsed. They had no intention of fighting at all. All that was left was fear. They wanted to stay as far away from the monster as possible.

In fact, even if they wanted to fight, they would only be slaughtered by Little Li.

“None of you are allowed to run.” Zhou Wen flicked his sleeve and pulled the few people running ahead flying back.

“Have we forgotten how this monster came about? If you run in all directions, you will return from different directions. Then, what about the people who aren’t with you? Will they be replicated?” Zhou Wen asked.

In fact, what Zhou Wen said was very simple. If everyone was separated and found themselves back in the same spot from different directions, all of them would be replicated relative to the others. That would be a mess.

Although such a situation might not happen, Zhou Wen couldn’t take the risk.

“Run in one direction.” Wang Lu was the first to react.

Only then did everyone understand. However, a few more people were sucked into Little Li’s body during this process. Little Li continued lunging at the others.

When Wang Lu heard Zhou Wen’s words, she didn’t hesitate and ordered the white bear to charge at Little Li.

Previously, many people had used Companion Beasts. No matter what kind of Companion Beast it was, they ended up fusing with Little Li’s body. However, Little Li dodged the white bear’s charge, preventing it from touching his body. “Why doesn’t he dare touch the white bear? Is it because the white bear’s stats restrain him?” Wang Lu was slightly taken aback before she looked at Zhou Wen in pleasant surprise.

“I don’t think it’s the white bear’s stats that restrain it, but you,” Zhou Wen said after some thought.

“Me?” Wang Lu looked at Zhou Wen in puzzlement.

“This is only my speculation. You are the only one who hasn’t replicated a Companion Egg in the Wang family, right? I believe that’s the key,” Zhou Wen said.

“You mean…” Wang Lu’s expression turned ugly; she wasn’t happy because of that.

If Zhou Wen’s guess was right, it meant that there was something wrong with the replicas. The white bear kept chasing Little Li, but Little Li’s movement technique was extremely strange. The Terror-grade white bear couldn’t catch up to him, but it also caused Little Li some trouble, preventing him from chasing others.

The Wang family secretly heaved a sigh of relief when they saw the white bear hold back Little Li. However, before they could finish venting their anger, their expressions turned even uglier.

Little Li didn’t chase after them again, but he pounced at the things piled on the ground.

There were all sorts of Companion Eggs and treasures there. After Little Li plunged into the items, his body was like a magnet. The things approached him with all their might and strangely fused into his body.

“It’s over! It’s all over!” The Wang family was dumbfounded.

Everything, including the original Companion Eggs and the replicated Companion Eggs, fused with Little Li’s body. It looked like nothing would be left behind.

Little Li’s body seemed to undergo a strange change as he absorbed a large number of items.

Now, many members of the Wang family were filled with regret. If they had known this would happen, they wouldn’t have doubted Zhou Wen. They would have long finished the scourge that was Little Li.