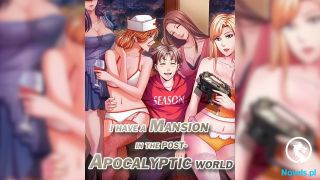 Others might not know, but he knew very well how terrifying the existence inside the ancient city was. Even though Zhou Wen could already match Heaven-level creatures, he still didn’t dare rashly enter the ancient city.

Before reaching the three conditions mentioned by the humanoid creature, Zhou Wen wasn’t willing to take the risk to enter the ancient city again.

“Since you know this, you should know that the ancient city can’t be used as a human city.” Zhou Wen looked at Zhang Yuzhi in puzzlement, unsure why she had made such a suggestion.

“Others might not know, but have you forgotten what abilities I have?” Zhang Yuzhi said to Zhou Wen.

“It’s not good for you to use that ability, right?” Zhou Wen knew what kind of ability Zhang Yuzhi had, but Zhang Yuzhi wasn’t willing to use such an ability herself. Therefore, he had never thought of getting Zhang Yuzhi to use her ability to help him.

“It wouldn’t be nice if I killed my friend, but as long as I don’t harm my friend, there’s naturally nothing wrong,” Zhang Yuzhi said as she blinked.

“How do I build a city without killing that creature?” Zhou Wen was puzzled. If he didn’t kill it, how could he occupy the ancient city?

“As long as I’m here, the terrifying creatures in the city will always be my friends. My friends naturally won’t harm my friends, so won’t you be able to build a city?” Zhang Yuzhi said with a smile.

“Why not? I came here to join you. I won’t return to Mount Dragon Tiger again. Don’t tell me you won’t take me in?” Zhang Yuzhi looked very serious without any intention of joking.

If Zhou Wen and company entered the ancient city, wouldn’t everyone be doomed once Zhang Yuzhi left? Even if Zhang Yuzhi didn’t leave, wouldn’t Zhou Wen be controlled by the Zhang family if they used her as a threat?

No matter how Zhou Wen thought about it, he felt that the ancient city couldn’t be accepted. However, Zhang Yuzhi had already pulled him towards the ancient city’s entrance. As they walked, she said, “I know what you’re worried about. If you are willing to take me in, I’ll be a part of Guide City in the future. It’s naturally impossible for me to ignore Guide City. Without your permission, I definitely won’t leave the ancient city. Furthermore, even if I want to leave, I’m afraid there won’t be a home to return to.”

“What do you mean?” Zhou Wen was alarmed, imagining that something had happened to the Zhang family. “Chunqiu wants me to tell you that after I enter Guide City, I can’t treat myself as a member of the Zhang family.” Zhang Yuzhi’s expression darkened.

“Chunqiu said that the dimensional zones on Earth will soon undergo a large-scale breakout. It will happen in only a year or two. He doesn’t know how long the Zhang family can defend the fort, so he got me to come here and leave a way out for them. If Mount Dragon Tiger can’t be defended one day, with me here, the Zhang family can still have a place to stay.” Zhang Yuzhi recounted Zhang Chunqiu’s words without hiding anything.

“What makes Zhang Chunqiu think that I’ll definitely be able to defend this place? The environment here isn’t much better than Mount Dragon Tiger.” Zhou Wen was taken aback when he heard that.

Guide City had many myths and legends. There were countless immortals from all walks of life. Zhou Wen wasn’t completely confident that he could defend it if all the dimensional zones were breached.

However, the Zhang family had actually deduced that all the dimensional zones on Earth were about to break out. The timing was about as Wang Mingyuan had said. They were indeed capable.

“Chunqiu said that if there’s a final human city on Earth, it will definitely be yours,” Zhang Yuzhi mimicked Zhang Chunqiu’s tone and said in all seriousness.

“I never expected Zhang Chunqiu to think so highly of me.” Zhou Wen couldn’t help but smile bitterly.

“Stay here and wait for me. I’ll go in with Zhou Wen.” Zhang Yuzhi got Zhang Xiao and the White Crane team to stay outside the ancient city’s entrance as she pulled Zhou Wen into the ancient city.

The interior of the ancient city had already expanded to an extremely large scale. There were pavilions and buildings and large palaces. It looked like a huge ancient capital that was completely different from the original small city.

Even someone like Zhou Wen, who had been born here, couldn’t recognize this place.

Furthermore, the situation inside was somewhat strange. There was no sound at all in the huge ancient city. It was so quiet that one could even hear a pin drop.

There were many dimensional creatures in the moat outside the city, but there wasn’t a single one in the city. The silence was deafening.

This humanoid creature was no ordinary dimensional creature. If Zhang Yuzhi’s ability was useless, wouldn’t they be sending themselves to their deaths?

“I’m not sure if high-level dimensional creatures are immune to my ability. However, up to now, nothing like that has happened. Even Calamity creatures are no exception.” Zhang Yuzhi was very confident in her abilities. Clearly, she had never failed.

Zhou Wen was about to say something when his eyes suddenly focused. He saw a figure slowly walking over from the ancient city’s middle street.

The figure had his head lowered. His long gray hair cascaded down, almost covering his entire face. His hands seemed to hang by his sides subconsciously. When he walked, it was as though they had snapped and were swaying with his figure.

He didn’t seem to be walking fast and was staggering, but despite clearly walking from the end of the long street, he was almost in front of them in a few steps.

Has he completely lost himself? Zhou Wen stared at the humanoid creature. He couldn’t sense the nearly human-like aura from before. Now, he looked like a pure dimensional creature no matter how he looked at it.