Support
Random Novel
I Am Really Not The Son of Provi 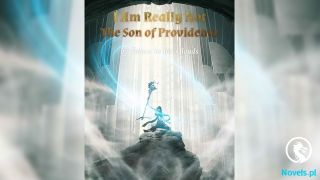 Passing between the boundary of life and death, Xiao An’s body suddenly erupted into flames, burning away her great beauty, her skin, and her appearance. Within the flames, she revealed her form of white bone and advanced forwards!

The Samādhi Flames of White Bone formed a long trail behind her like a pale-white comet, shooting towards the great ghost tower.

Venturing deep within this domain of death, she did not feel any restraint at all. Instead, it increased her comprehension of the conversion between life and death slightly.

The undead bellowed out as countless attacks hurtled towards her, flooding her surroundings and leaving her with nowhere to dodge.

The support from the great cultivators and Daemon Kings was not slow. The two forces slammed together in the air. Light and air gushed out as waves, filling the entire region.

A blood-red light surrounded Xiao An, sucking all of the residual power from the attacks into the Blood Sea Banner. It immediately split open and could not be used anymore.

In a battle of such scale, the weight of individuals seemed so insignificant. Apart from an existence that borrowed the power of the world like the Great Banyan Tree King, even she faced tremendous danger.

The moment she approached the ghost tower, Xiao An glanced down. The foundation of the tower plunged deeply into the deep Gate of Hungry Ghosts.

Numerous formations wove together, forming the core of the ghost tower located directly above the Gate of Hungry Ghosts. If she wanted to destroy the ghost tower, the simplest and swiftest way would definitely be to attack the base.

There were plenty of powerful existences among the Corpse Kings and Ghost Kings, but they were overwhelmed by her powers, so they could not stop her at all.

The Soul Stirring Bell shook frantically. The chaotic sounds threw the undead into a chaotic stir.

However, she considered that and rushed straight up instead, following the tower and reaching the sky. She chose to unleash her attacks from the very top. That was the location of the ghost tower’s opening, and she had the support of Clouded city too.

“Kill her with me!” the Ghost King supervisor bellowed out.

Several dozen Corpse Kings and Ghost Kings rushed towards the top of the tower. They actually were not concerned with the ghost tower at all, completely devoted to capturing and killing her here.

A strange echo rang out from the “mouth of the hungry ghost”, and all of the undead suddenly swelled in aura. At that moment, the will of the Hungry Ghost realm had definitely manifested.

The Great Banyan Tree King ordered, “Fellows, destroy the tower with everything you have!”

From so far away, no one could make it in time to support her apart from him.

He stopped pushing the tower, and a hand dispersed as thousands of aerial roots, assaulting all of the undead.

Xiao An raised her arm, and the Skull Prayer Beads scattered as Skeleton Demons, landing on the ghost tower. They cackled away and leapt about, stopping the undead in their tracks.

Firelight flickered in her eye sockets. The white bones flashed before her face. Only when she arrived near the resplendent white light did she stop and leap towards the ghost tower, slashing down in a single stroke!

The Buddha Slaying sword bounced off a layer of black qi, failing to harm the tower at all.

The Sword Spirit of Immortal Relinquished said in disdain, “Your sh*tty sword’s destructive power is just weak! You should just watch me!”

She swung the Immortal Relinquished sword. The twisted, sharp edge cut through the black qi, slicing deep into the white bone and leaving behind a deep mark.

Clearly, the Immortal Relinquished sword was more suited for attacking fortifications than the Buddha slaying sword. However, this slash was clearly insignificant to the entire ghost tower and just even the white bone. She was like an ant trying to shake a tree, biting off more than she could chew!

However, the flames in her eyes flickered, and she flew towards the slash with a flash.

Inside the empty ghost tower, the sticky death qi was like pitch, constantly contending against and devouring the white light from above. As soon as she landed on the top of the ghost tower, it all surged towards her suddenly.

This was the weakest place of the ghost tower, but it was also where all the defences were concentrated.

“Xuanyue!” the Dark Queen cried out.

The death qi could contend with all of Clouded city after all. She could not help but ball her fists as she shimmered with gloomy light.

A large, verdant hand reached over and shielded Xiao An. Countless aerial roots formed a barrier. The Great Banyan Tree King had been watching over her the entire time. “Do what you need to do quickly. I can’t stop it for too long!”

Xiao An gripped the Buddha Slaying sword firmly with both hands and stabbed down forcefully at the white bone beneath her feet.

The Great Banyan Tree King sensed the powerful will of the Hungry Ghost realm contained within the sticky death qi, filled with an almost hysterical desire to devour. The giant hand rapidly withered away, forced to gather all of its power just to contend against the will. The aerial roots slithered out like dragons and snakes. Even the Great Banyan Tree King grew shorter.

However, the rate at which the aerial roots grew was unable to keep up with the corrosion from the death qi. The sharp tendrils penetrated the cracks between the branches and reached her shiny bones before immediately contaminating them.

In the blink of an eye, her bones had gone from white to pitch-black, directly spreading to the Buddha Slaying sword in her hand. All that remained were the two pale-white flames in her eyes, but even they fluctuated, gradually going out.

The battle came to a halt. Both sides knew she was critical to this battle, so they could not help but look over.

Xiao An showed no sorrow or joy, no worry or fear. She directed all of her focus to her hands. She did not even spare any strength to contend against the corrosive death qi.

The tip of the Buddha Slaying sword plunged into the ghost tower slowly like a sharp spine.

Compared to the damage the Immortal Relinquished sword dealt, this strike seemed insignificant. A tongue of fire surged out from the tip of her blade, injecting deep into the white bone below her feet.

The Great Banyan Tree King’s hand had completely rotted away. Death qi surged towards her from all directions. There were even countless blurry, twisted faces within the death qi, all with their mouths agape.

Xiao An pulled out the Buddha Slaying sword. With a boom, the pale-white flames surged out of the slash and enveloped around her, but even that could not contend against the death qi.

But in the blink of an eye, fire began to pour out. The white bone that reached three thousand metres long began to burn, and it gradually melted away in the flames. Shortly afterwards, the two connecting bones were ignited as well. The ghost tower was like a bonfire ignited by a spark. The raging flames incinerated the ball of dense death qi.

“That sword…” Even the Sword Spirit of Immortal Relinquished was speechless.

Using this opportunity, the white light from Clouded city pierced down, illuminating the entire ghost tower. The cultivators and Daemon Kings all launched their attacks together, heavily damaging the supports of the ghost tower and destroying several dozen formations.

The tides of the battle turned quickly. They had gained the upper hand all of a sudden.

The King of Southern Yue said, “The body of a true dragon!”

Dragons were the most renowned divine beasts, as well as the kind that prospered the most. The world had once been ruled by dragons. They were born with power and intelligence. Even upon death, they were no laughing matter. This Corpse Dragon King was only at the third heavenly tribulation, but it was much more powerful than any regular Corpse King.

Soon afterwards, Corpse Kings and Ghost Kings stepped out of the Gate of Hungry Ghosts, with plenty of strange and powerful existences like the Corpse Dragon King among them.

The reinforcements from the Hungry Ghost realm had arrived.

However, the Great Banyan Tree King eased up inside. If reinforcements still did not arrive under these circumstances, it would be a little too strange. However, it would mean a bitter battle was unavoidable. They had to destroy the core of the ghost tower as soon as possible and borrow the power of the world to suppress and seal up the Gate of Hungry Ghosts.

With a sky full of fire, Xiao An lunged towards the undead.