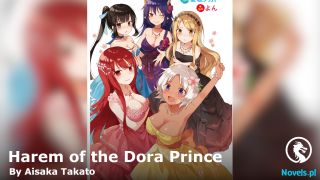 A heavy clashing sound could be heard and Palace Master Wu Luo was sent flying immediately.

It was only after flying for tens of thousands of miles that his body stopped moving. At that moment, his expression became even more ghastly pale and some blood flowed out from the corners of his mouth.

It was obvious that the attack moments ago had caused him to be injured.

“Not bad. Not only do you have a defense armor that is of the level of a Chaos Divine Treasure, your Secret Skill to defend yourself is extremely powerful. Even with an attack from my Hong Jun Golden Sword at its full power, you merely got away with light injuries,” Jian Wushuang stared at Palace Master Wu Luo. After that, he gave a strange laugh. “However, if you were to take the attack a few more times, even though you had a Chaos Divine Treasure-level defense armor, you might still be unable to withstand all of them, right?”

As soon as his words left his mouth, unreasonable Divine Power and Bloodline Power were unleashed from Jian Wushuang’s body again.

As Jian Wushuang had said, if it were just one attack, he could still withstand it and he would not suffer heavy injuries.

However, if such an attack were to come a few more times, then it would be a completely different story.

The void shook again. After that, the whole universe and spacetime headed toward Palace Master Wu Luo again.

This time around, under the attack of the Hong Jun Golden Swords, Palace Master Wu Luo could not help but give a groan.

However, the moment he regained his posture, Jian Wushuang took action again and it was still the same move.

“How is this possible?” Palace Master Wu Luo was completely dumbfounded.

He had a good understanding of the Ancient God Clan’s Moon Picking Skill. This move was the strongest Secret Skill of the Ancient God Clan. However, it was not easy to use it as it would deplete one’s Divine Power and Bloodline Power greatly. For a normal Ancient God, unleashing the Moon Picking Skill once or twice in one intense battle would cause him to reach his limit and it was impossible for him to unleash it a third time.

However, what about Jian Wushuang?

He had unleashed the Moon Picking Skill twice in succession. Despite that, he did not feel any pressure and he was still very relaxed.

At that moment, he had unleashed it a third time?

His Divine Power and Bloodline Power was this vast?

He did not know that Jian Wushuang was a Stage Three Ultimate Real God who possessed a total of one hundred Ultimate Divine Power Water Droplets. In addition, there was the King of Venomous Worms in his body who was helping him to recover with his full power. As such, he could be said to have an endless amount of Divine Power.

Hence, not to mention unleashing it two or three times, even if he were to unleash it tens of times in succession, he would still be able to bear it.

Although he could bear it, Palace Master Wu Luo was unable to bear it.

“Monster, this Jian Wushuang is absolutely a genuine monster!”

“No wonder even Saint Master is fearful of him and he wanted to get rid of him in advance!”

“I am actually fighting with a monster?”

Palace Master Wu Luo opened his eyes wide and at the next moment, he made up his mind.

Palace Master Wu Luo’s cry reverberated across the whole battlefield and he retreated to the back immediately.

Upon seeing that, the eyes of the large number of experts from the Abysmal Palace shrank and they were filled with dissatisfaction.

It should be known that they were the Abysmal Palace.

Among the large number of big powerhouses in the whole Sanctuary Alliance, they could be said to be the top three. This time around, they had activated more than eighty percent of their fighting capabilities with Palace Master Wu Luo leading them personally to fight their way into the Lineage of Star. In the end, they were actually defeated by the other party in front of the experts of each and every powerhouse in the Sanctuary Alliance?

This was absolutely a huge disgrace!

The moment they retreated, they would definitely be reduced to an object of ridicule in the Sanctuary Alliance.

However, even though they knew that this would be the case, they could only retreat.

There was no longer any suspense in this battle.

Even Palace Master Wu Luo had been defeated by Jian Wushuang head-on. Hence, what else could they do to turn the situation around?

The large number of experts from the Abysmal Palace started to retreat at once.

However, it was a pity that in such a situation, even if they wanted to retreat, they would still need to go through the Lineage of Star first.

“Haha, kill, kill all of them!” Hall Master Shi Yun was extremely excited and he gave chase right away without hesitation.

Although Hall Master Gu Xin had never said anything, her eyes were glowing with coldness. Her speed was not slow in the slightest and she continued to give chase.

As for Jian Wushuang, who was at the very front, he was holding his sword in one hand and he was filled with murderous intent. As for the four brilliant rays of golden light in front of them, they had already attacked furiously with lightning speed.

This very day was the day where the Lineage of Star had showed everyone how powerful it was.

He wanted to use this battle to completely frighten all the powerhouses in the Sanctuary Alliance.

At that moment, even though the Abysmal Palace had already started to retreat, an insufficient number of their experts had died and an insufficient amount of blood was shed. As such, this was far from achieving Jian Wushuang’s requirements.

“Not enough. Not enough people have been killed!”

Jian Wushuang was glowing with a shrill light that was terrifying and he was like a wild beast that was extremely furious. He was looking in front at the experts of the Abysmal Palace who were escaping madly.

“Among the three Emperor Gods, it is definitely impossible to kill Palace Master Wu Luo. As for the remaining Emperor God Dan Tu and Emperor God Luo Xian, I can kill both of them. As for my first target, it’s him!” Jian Wushuang’s eyes were cold and he locked on to one person tenaciously. That person was an arrogant youth and he was Emperor God Dan Tu.

At that moment, the experts of the Abysmal Palace had already arrived at the edge of the great formation that the One Realm Pearl had formed.

Palace Master Wu Luo was at the front. After taking a look at the purple light membrane in front of him, his eyes glowed with a fierce light and he attacked with the two hammers in his hands right away.

A heavy but ancient sound could be heard and the great formation started to shake crazily.

“Eh?” Jian Wushuang’s expression changed slightly. He could feel the great pressure that the One Realm Pearl was under.

Palace Master Wu Luo’s attack power was indeed frightening. If nothing were to go wrong, he would only need to attack the great formation with his full power three times in order to destroy it.

At that moment, he had already attacked it once and he still needed to attack it two more times.

“Before he destroys the great formation, we have to do our best to get the experts of the Abysmal Palace to remain here!”

“Among those two Emperor Gods, at the very least, we must get one of them to remain!”

The void shook and the universe and spacetime exerted a frightening amount of pressure on everyone from the Abysmal Palace instantly.

Although its power was slightly dispersed, it was still alright as Jian Wushuang was so powerful. As such, most of the Sir Gods were suppressed and they were unable to move at all.

Similarly, Jian Wushuang attacked and his eyes were completely locked on to Emperor God Dan Tu.

Palace Master Wu Luo was unable to participate in the massacre immediately. After all, he needed to use his full power to destroy the great formation of the One Realm Pearl.

With two violent booming sounds again, the great formation of the One Realm Pearl was finally destroyed.