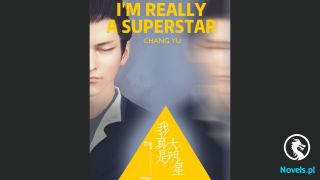 18,000 years later, Devil Flame had already refined and absorbed all the special crystals he had obtained, and his divine body had recovered to about 40%.

Upon hearing Jian Wushuang’s question, Devil Flame hurriedly said, “Ruler, there are many ways to judge the comprehension of universal principles in the vast universe, but the most convincing one is the Principle Sea.”

Upon hearing this, Jian Wushuang was noncommittal.

Perhaps even a top-tier supreme expert, or even an invincible supreme expert like Planet Ruler Lingyun, would not be able to pass it.

“My comprehension of the universe’s principles is no longer the same as before. If I go to the Principle Sea, I should be able to pass more than the first level. However, I still have to try how many levels I can pass,” Jian Wushuang thought to himself, then he raised his head and said, “Devil Flame, you just said that the Principle Sea has been widely used in the vast universe. There should be many places where I can pass the Principle Sea, right?”

“Not many places have it.” Devil Flame said seriously, “After all, the universe principle is too high-end. Only supreme experts are qualified to comprehend it. Only a few talented Rulers are qualified to comprehend it. However, because the level is too high, ordinary small and medium-sized Star Fields don’t need the Principle Sea. Therefore, this Principle Sea can only be found in large Star Fields.”

Jian Wushuang waved his hand, and a huge star map immediately appeared in the void in front of him.

On the star map, Jian Wushuang soon saw the location of the Bone Pupil Star Field.

“Yes, the Bone Pupil Star Field is the only path we have to take, and it’s not far from where we are now. If we take the universe boat without any delay, we can arrive there in a few hundred years.” Jian Wushuang smiled.

The star map had an introduction about the Bone Pupil Star Field.

The universe boat flew through the universe void at the fastest speed. After only 300 years, they arrived in the Bone Pupil Star Field.

In the core area of the Bone Pupil Star Field, an island was floating in the void space. The island was quiet.

Although the great beings of the Bone Pupil Star Field knew about the existence of this island, they almost did not come here.

On the island, there was an endless sea. At the edge of the sea, a brown-haired old man sat there with his eyes closed. He did not move at all.

The brown-haired old man had been sitting on the island in the same position for hundreds of thousands of years.

He had not moved for hundreds of thousands of years. If people did not know that, they would think that he had died a long time ago.

“Eh?” The brown-haired elder suddenly opened his eyes, revealing his slightly turbid pupils. “Someone is coming?”

Sure enough, three figures rushed over from not far away and soon arrived at the edge of the ocean.

Jian Wushuang and the other two stopped.

“Ruler, the Principle Sea is ahead. Although it looks like an ordinary ocean, in fact, you will find this Principle Sea after you walk along it. It has a different world,” Devil Flame said.

“Okay.” Jian Wushuang nodded slightly and looked at the brown-haired elder who was sitting casually below.

Jian Wushuang and the other two flew down and arrived in front of the brown-haired elder.

“I’m Xue Jian. My wife and one of my guards are beside me. We passed by and heard that there is a Principle Sea here that can determine the level of comprehension of the universe’s principles. We came here to have a look,” Jian Wushuang said with a smile.

“The Principle Sea is not something that just anyone can see. It requires a certain level of comprehension of the universe’s principles. However, among the three of you, the strongest one is only a fourth-level Ruler. I wonder which one of you has comprehended a trace of the universe’s principles?” The brown-haired elder looked over with a light gaze.

“Oh?” The brown-haired elder looked at Jian Wushuang with a hint of surprise in his heart.

He could tell at a glance that Jian Wushuang was only a second-level Ruler.

It was rare for a second-level Ruler to be able to comprehend a trace of the principles of the universe.