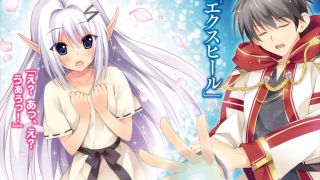 In a short while, someone from the Nine Emperor Pavilion brought the Heart Jade Emperor Blood armor over.

The blood-red armor was crystal clear and looked like a layer of glass.

The requirements for refining a low-grade principle treasure were also quite harsh. Leng Rushuang was not weak at the moment. Although she had spent some time, she had successfully refined the armor.

After refining it, the Heart Jade Emperor’s blood armor turned into a layer of blood-red green robe and draped over Leng Rushuang’s body. It made the already cold and arrogant Leng Rushuang look even more gorgeous.

“How do you feel?” Jian Wushuang asked.

“Very good. The armor’s protective ability is very good. It’s much stronger than ordinary supreme treasures. However, the most powerful thing is the four levels of power contained in the armor. The first level of power alone is enough to greatly increase my strength. Moreover, with my current strength, I can activate the first level of power,” Leng Rushuang said.

Generally, the Supreme Treasure armor did have its own power, but it was not easy to activate it.

In Jian Wushuang’s opinion, the power of the principle Supreme Treasure Armor could only be activated by comprehending a trace of the universe principle, but now it seemed that it was not so.

Soon, the three of them continued their journey.

They left the Purple Micro Galaxy in the universe boat and entered the vast universe void.

During these 18,000 years, Jian Wushuang spent most of his time in the vast universe void. Occasionally, when he passed by some Star Fields, he would stay in those Star Fields for a while, he would taste the delicacies and specialties of these Star Fields.

It had to be said that Jian Wushuang’s knowledge had improved a lot after passing through these Star Fields.

In the universe boat, Jian Wushuang and Leng Rushuang casually sat there. On the table, there were some brightly colored fruits.

These fruits were all obtained from the small Star Field that they had just passed by.

“Husband, the people from the Thunder Dragon Star Field were really enthusiastic. They gave us so many fruits before they left. These fruits are enough for us to eat for tens of thousands of years,” Leng Rushuang said with a smile.

“Enthusiastic?” Jian Wushuang touched his nose. He knew very well that apart from their enthusiasm, it was mainly because their strength was so strong that they were in awe of them. That was why they would try their best to please them.

The fourth-level Ruler ordered people to prepare the fruits.

“Although the universe is vast, strength is always the most important thing. As long as you are strong enough, you can easily suppress many Star Fields. The cultivators in those Star Fields are naturally terrified and can only try to curry favor with you.” Jian Wushuang shook his head and smiled.

Although his current strength was nothing in the vast universe, he was definitely a top expert in small or medium-sized Star Fields. He was definitely worthy of respect.

“Unfortunately, in the past 18,000 years, I have made great progress in the universal principle and the sword principle. However, I still haven’t integrated the sixth principle in the principle of heaven and earth.” Jian Wushuang sighed, feeling helpless.

Back when he was in the Divine Beginning Realm, the sixth principle he had comprehended, the dark principle, was already just one step away from fusing with the other five principles. However, all these years, up until now, so much time had passed, there were still no signs of complete fusion.

After all, he had not abandoned his cultivation in these years. Moreover, because he had grasped the Divine Beginning Realm’s will of Heavenly Dao, he was able to comprehend and fuse the Principles very quickly.

For example, in these 18,000 years, he had completely comprehended the seventh Principle, but he still could not completely fuse the sixth Principle.

“I can’t help it. It’s easy to comprehend the universe Principle, but it becomes more and more difficult to fuse it. It’s because I have mastered the Heavenly Dao will of the Divine Beginning Realm that I can comprehend the Principle so quickly, but it still takes a long time to fuse it,” Jian Wushuang thought to himself.

For example, Devil Cloud Ruler’s strength increased dramatically after he took over the Divine Beginning Realm, but his progress stopped for a long time after he reached the third-level Ruler, in the end, he finally broke through to the fourth-level Ruler.

In terms of talent and comprehension, Jian Wushuang was definitely stronger than Devil Cloud Star Lord. However, he had only cultivated for a short period of time.

“Husband, don’t worry. Although your realm hasn’t improved, your strength has been improving. If you go all out now, you’ll be close to the peak of the fifth-level Ruler, right?” Leng Rushuang looked at him.

“Devil Flame, you’re very knowledgeable. Can you tell me if there’s a way to let me know the specific level of my comprehension of the universe Principles? At the very least, I need something to refer to,” Jian Wushuang said.

He really did not know what level his understanding of the universal principles had reached. All he knew was that he was much stronger than before.