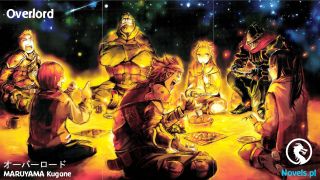 Before Leng Rushuang could finish her words,.

“I’m different from you,” Jian Wushuang interrupted her. “I’m a perfect life-level cultivator with boundless divine power. I’ve also cultivated the supreme eternal celestial body. Although it’s only the third level, my divine body is still comparable to the supreme true treasure armor. Once I cultivate to the fourth level, my divine body will be comparable to an ordinary low-grade Principle True Treasure armor. Therefore, ordinary Principle True Treasure armor is useless to me.”

It was true. He and his wife were adventuring in the universe. He was not worried if they encountered danger, but he was only worried about his wife.

After all, Leng Rushuang’s life-saving ability was not as heaven-defying as his.

“I understand.” Leng Rushuang nodded and stopped insisting. “In fact, Ruler taught me a life-saving secret skill. It’s just that it’s very difficult to cultivate it. I’m only barely at the beginning. As for my body-protection ability, I’m indeed a little lacking.”

Immediately, the three went to the Nine Emperor Pavilion again, and Chief Ballmer received them.

“No problem. This is the principle-type supreme treasure armor that the Nine Emperor Pavilion can take out immediately. They’re all low-grade. You can take a look.” Ballmer immediately took out a list.

Although it was a list, in fact, there were only four Principle True Treasure armors on it.

“The price is really expensive.” Jian Wushuang looked at the price of the four Principle True Treasure armors on the list.

Even the cheapest of the four principle-type supreme treasure armors was worth more than 1,200 universe origin stones, and the most expensive sword was worth 1,800 origin stones.

After all, Jian Wushuang estimated that the soul-defense type supreme treasure he obtained after killing Nine Whiskers would not be worth more than 2,000 origin stones.

“If you want to buy it, then buy the best one. I’ll take this Heart Jade Emperor Blood Armor,” Jian Wushuang said directly.

The Heart Jade Emperor Blood Armor was the most expensive one on the list of supreme treasures. It was worth 1,800 origin stones.

“This is an origin stone.” Jian Wushuang took out an interspatial ring. There were exactly 1,800 origin stones in it.

After taking it, Ballmer briefly scanned it with his consciousness. He nodded and said, “Wait a moment, I’ll send someone to deliver this armor right away.”

Jian Wushuang was not in a hurry and just waited. Halfway through, Jian Wushuang suddenly asked, “Chief Ballmer, there’s something I want to ask you.”

“Blood Sword, please go ahead.” Ballmer was still as enthusiastic as ever.

“Universe passage?” Ballmer raised his eyebrows and then smiled. “Yes, it’s very comprehensive. If the Nine Emperor Pavilion wants to, we can easily reach the core territory of the universe from the edge of the universe. However, it will cost a lot of money to travel such a long distance. For an ordinary Ruler, it’s definitely an astronomical figure.”

“I don’t want to go directly to the core of the universe from here. I just want to go to the Nine Luminaries Galaxy. I wonder if the Nine Emperor Pavilion has a direct access to the universe?” Jian Wushuang asked.

“Why?” Jian Wushuang looked at him with a frown.

“Blood Sword, there’s something you may not know. Although the universe passage of the Nine Emperor Pavilion covers every corner of the universe, it’s not open to the public.”

“Not open to the public?” Jian Wushuang was stunned.

Even Ballmer and the experts from the Nine Emperor Pavilion, who were one or two levels higher than him, were not qualified to use those long-distance universe passageways, so what right did he have?

“Blood Sword, you are a genius expert on the Nine Emperor List and a friend of the Nine Emperor Pavilion. If you really need it, you can use those universe passageways, but the price to pay is very high,” Ballmer said.

“How much do I have to pay to go directly from the Purple Micro Galaxy to the Nine Luminaries Great Star Field?” Jian Wushuang asked immediately.

“I don’t know the exact number, but I estimate it to be at least millions of universe origin stones,” Ballmer said.

Hearing this number, Jian Wushuang rolled his eyes, but he no longer had the idea of using the universe passage.

All of his assets added up, he could only break 10,000 universe origin stones, which was only a few hundredths.

“It seems that it’s impossible to go directly to the Nine Luminaries Great Star Field. I can only take the universe boat and travel slowly.” Jian Wushuang was also full of helplessness.