Support
Random Novel
I am the Monarch 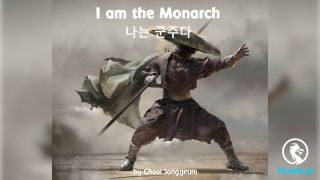 «Legend of Swordsman (Web Novel) - Chapter 3585: All Parties Were Shaken

Chapter 3585: All Parties Were Shaken

There was a huge red rock on the top of a huge red peak that seemed to have been burned by fire.

However, today, the giant red rock began to shake violently. Then, it slowly fell off. A cold and arrogant woman wearing a scarlet armor slowly opened her eyes and stood up.

“I have already stepped into the pinnacle of the six realm for an unknown period of time. I have been trapped under this bottleneck for a very long period of time. I have put in endless effort, but I have never been able to advance further. At this moment, I understand that if I want to break through and become a Ruler, there is only one way, and that is through opportunity!”

“Only that once-in-a-lifetime opportunity can help me break through. As for this Blood Sword Master, I might have a chance.”

The cold and arrogant woman’s aura was as cold as ice. She raised her head and glanced at the void in front of her.

With one step, she appeared ten thousand li away.

This was a famous dangerous place in Devil Smoke Valley, the Sea of blood wind.

Although it was a dangerous place, it was a necessary path for the astral world experts who were closer to the north to enter the depths of Devil Smoke Valley.

“After nearly a hundred years, I’ve finally walked out of this godforsaken place.” The barefooted youth’s face was filled with a smile, and his entire person appeared carefree. However, his gaze was like a gem, bright and spirited.

“Previously, I was mostly in closed door cultivation, or adventuring in the other two great battlefields. In the depths of Devil Smoke Valley, I haven’t been here for over a billion years. It’s rare for me to come here this time, so I want to stay here for a period of time. Moreover…that disciple of mine just sent news. It’s said that a Blood Sword Master who has been missing for nearly a hundred thousand years has walked out of the Life and Death Realm alive.”

“Life and Death Realm. Even if a Ruler entered that place, there’s no chance of survival. He actually survived. Tsk, tsk. There must be some special reason. This Life and Death Realm is not far from my location. I can make a trip there. Hopefully, I’ll be lucky enough to meet the Blood Sword Master.”

The barefoot youth smiled wickedly and then strode forward.

It was not just the three Principles Masters.

Star Palace had also received the news that had shocked the entire territory.

When they had first received the news, the senior experts of Star Palace had been extremely shocked.

“Are you kidding me? He entered the unknown region and has been missing for nearly 100,000 years.”

Axe One Master, Marquis Duan Yu, Star Saint Master, and Seven Emotions Master looked at each other in disbelief.

“Okay.” Axe One Master immediately sent a message to Jian Wushuang and soon received his reply.

“Axe One Master, how have you been?” Jian Wushuang was very relaxed.

“My little friend, is it really you? Are you really alive?” Axe One Master was very excited.

“Of course. I’m still alive.” Jian Wushuang smiled. “I just had some special encounters and was trapped for a while. Fortunately, I got out of it in time.”

“Good, good, you’re not dead. That’s great.” Axe One Master was pleasantly surprised. “You don’t know…we thought you had died more than 8,000 years ago after you completely lost contact with us. We still held on to the last glimmer of hope, but after you lost contact with us for 30,000 years, we lost all hope. We even reported this news to Palace Master, who was very disappointed when he found out.”

How could Daoist Xuan Shen not be disappointed when he heard the news of his death.

“It’s good now that you’re not dead. If Palace Master finds out about this, he will be very happy,” Axe One Master said.

“Not good? What do you mean?” Jian Wushuang was puzzled.

“That’s right,” Ae One Master said in a deep voice. “Although the Gray Python Master died, the Death Slayer Master had survived. In order to take revenge on you, he immediately spread the news that you had come out of the Life and Death Realm alive. Now, everyone knows about it!”

“My dear Heavenly Sword Marquis, you should understand that no one can come out of the Life and Death Realm alive, but you did it. Moreover, you have been missing for nearly 100,000 years. After you reappeared, your strength suddenly increased so much that you could even kill the Gray Python Master. Anyone can guess that you must have had a great opportunity in the past 100,000 years!”