Support
Random Novel
I Reincarnated into an Otome Gam 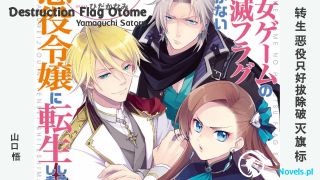 Although he had never met or interacted with many of the top experts in the Divine Beginning Realm, he had at least heard of and knew of them.

But now, he actually did not know of any of the three experts at the peak of the six void realms?

This was a little too incredible.

These three experts of the six void realms all came from Star Palace.

It must be known that in the Divine Beginning Realm, even in a Saint Realm, it was not possible to produce three experts of the six void realms at once.

But Jian Wushuang had never heard of Star Palace before, but this time, it was three experts of the six void realms!

“Jian Wushuang, isn’t it strange? Where did these three experts of the six void realms come from?” Xiao’er looked at Jian Wushuang.

“I don’t know much about the origin of Star Palace, but I know that it has been a terrifying force lurking in the dark for a very long time. Even so, no more than ten people in the Divine Beginning Realm know of its existence. Even I learned of its existence by chance,” Xiao’er said.

Jian Wushuang was a little stunned. It was the first time he knew that such a terrifying force was hiding in the Divine Beginning Realm.

In the vast Divine Beginning Realm, only less than ten people knew about the existence of Star Palace. It must be very well-hidden.

“Oh, I know one more thing. It’s the leader of Star Palace, the Palace Master of Star Palace. I’ve met him before. He told me that his name is Xuan God Daoist!” Xiao’er said.

Daoist Xuan God…that was the mysterious person he had met when he was born.

Although he had only met Daoist Xuan God once, he had already understood many things.

The other one should be the sect master of the Seven Star Mysterious Sect, and Jian Wushuang guessed that this Seven Star Sect Master might be the Xuan God Daoist!

Taking a deep breath, Jian Wushuang looked at the three people in front of him again. “Heavenly Sword Marquis, nice to meet you.”

“Haha, Heavenly Sword Marquis, You’re too kind. Although it’s your first time meeting us, I’m afraid we’ll have to interact with each other in the future,” Marquis Duan Yu, who was the most amiable of the three, said with a smile.

Marquis Duan Yu exchanged a glance with Axe One Master and Star Saint Master, then he said, “To tell you the truth, my friends, the three of us are here under the orders of the palace master to help you and Miss Xiao’er regain control of the Nine-tailed Clan. The palace master also told us that after Miss Xiao’er takes control of the Nine-tailed Clan, the three of us will not be in a hurry to return to the Star Palace. Instead, we will continue to stay here. During this time, Heavenly Marquis, if you have any trouble, the three of us will do our best to help you.” “All-out help?” Jian Wushuang’s eyes suddenly lit up.

Although the three people in front of him had not really fought, they were experts of the six void realms, so their strength was not too weak. If they waited for Divine Moon Palace to regain control of the Nine-tailed Clan, their overall strength would greatly increase, by then, Demon Master Chenhuo, Lord Xu, Axe One Master, Marquis Duan Yu, and Star Saint Master would have gathered the strength of five experts of the sixth realm of the void. They might have a chance to kill the clan leader of the Blood Clan.

“The three of you, we can talk about the matter between you and Jian Wushuang later. But now, you have to help the Divine Moon Palace to control the Nine-tailed Clan,” Xiao’er said.

“However, my Divine Moon Palace’s camp already has two void sixth stage experts, Demon Master Chenhuo and Lord Xu, especially Demon Master Chenhuo. His strength is definitely not inferior to that Nine-tailed Clan Leader, and it might even be even stronger. If we have three more people helping us, even if we can’t kill that Nine-tailed Clan Leader, we can still crush her and make her flee in a sorry state.”

“I’m originally from the Nine-tailed Clan, so I’m very familiar with the clan protection formation of the Nine-tailed Clan. That Formation is extremely powerful, and it’s far from what the Scarlet Gold Clan and the Blood Marten Clan’s clan protection formation can compare to. If we want to directly destroy the formation, unless a Saint Realm Master or a ruler level expert personally makes a move, even if two or three experts who have reached the pinnacle of the six realms of the void join hands, they might not be able to defeat it.”