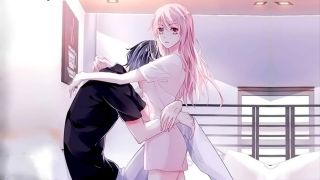 The Infernal Heart Prefecture Governor naturally could not figure out Jian Wushuang’s level as he had been standing without projecting any aura.

However, Jian Wushuang could bounce his long sword away with a mere finger flick and divine power outburst once Jian Wushuang took action. The Governor soon realized that aura was one only a Peak Ultimate God could possess!

That came as a surprise as Jian Wushuang was only at the level of Primary Stage Ultimate God when he left the Dark Thunder Territory.

How long had it been? Not even three years.

Jian Yi who stood before him at that moment had risen to Peak Ultimate God from Primary Stage Ultimate God.

How could he progress so quickly?

“Looks like you probably had some immense luck on the Northern Darkstar Continent. No wonder even the clans there could not touch you.” The Infernal Heart Prefecture Governor looked gloomy.

“Indeed, I’ve improved quite a bit from my very good luck. Otherwise, how would I dare stand before you in public like this?” Jian Wushuang chuckled. “Mr. Governor, show me your strongest move.”

The Governor did not hold back and humphed as the boundless sword essence began to sweep up.

In the blink of an eye, a Sword World had formed and pressed against Jian Wushuang.

Although Jian Wushuang’s cultivation level had increased, his divine power was as strong as an Earth Ultimate God. However, that was only one aspect as being repressed by the Principle World was not something his divine powers could change.

At that very moment, his abilities especially sword principle was immensely decreased when faced with such an incredibly stunning effect.

“I get to feel the Sword World again!”

Although being repressed, Jian Wushuang felt joy instead of fear.

At the same time, he was analyzing the completed Sword World in great detail.

“This is indeed an actual Sword World inside out. It’s incredibly refined and complete from its illusory to existential state. A true world,” Jian Wushuang murmured to himself.

However, the Infernal Heart Prefecture Governor had moved.

“This is a deathmatch battle and you dare get distracted?!”

The Governor was furious as his eyes burst with killing intent.

His pitch-black longsword glowed with a dark light as he shouted and bloomed with black ripples under the Sword World’s vibrations. The big swirl-like ripples suddenly charged at Jian Wushuang.

That strike was the Governor’s strongest move.

More than two years ago, Jian Wushuang could not fend off that strike when crossing hands against the Governor. In the end, he had to rely purely on his bodily defensive capabilities to withstand that strike’s energy.

However, at this moment…

Jian Wushuang was still submerging himself in understanding the Sword World and only began to reach when the black swirl appeared in front of him.

At that very moment, he unsheathed the Blood Mountain from his back and spontaneously swung it. The sword which blocked the black swirl immediately broke it apart.

“He blocked it so easily?!” The Infernal Heart Prefecture Governor was shocked, but vicious light immediately burst from his eyes again.

Beams of strangely cold sword-lights continuously lashed out under the Sword World’s effect.

The large number of sword-lights were incredibly fast, ferocious, and contained terrifying energies.

They were so dense as it seemed as though infinite sword-lights were completely drowning Jian Wushuang.

Jian Wushuang only smiled lightly and sent out a casual stroke which easily fended away those dense sword-lights.

At the same time, Jian Wushuang was still submerging himself in feeling the Sword World.

“Indeed. He has given his all but he could not gain even a bit of an advantage. In addition, Jian Yi has not given his all from the looks of it” said the Mysterious Shade Prefecture Governor.

The Green Flame Prefecture Governor menacingly said, “We shouldn’t wait any longer. Let’s immediately join in and work with the Governor. Let’s kill him!”

In the next moment, both Peak Ultimate Gods governors also joined in the attack.

Jian Wushuang was within the Sword World feeling its surroundings in great detail while fending off the Infernal Heart Prefecture Governor’s sword attacks.

Although the Sword World’s enormous stunning effects made him unable to unleash his full abilities, he could still easily resolve various attacks and tactics thrown at him.

However, right at that moment…

The outcome came as no surprise when Jian Wushuang casually waved his hand.

That mere wave had startled Space-time, Heaven, and Earth.

An infinitely huge and terrifying sword-light suddenly burst out before instantly reaching both governors who just joined the battle.

A deep thud of collision sounded before both of them shot backward like cannonballs.

At the same time, their faces turned pale as they tasted blood in their throats before spat out a gulp of it.

Both of them were completely shocked to a standstill with their auras having decreased by half.

“How… How’s that possible?” The two governors could not believe it.

How was it possible that when two Peak Ultimate Gods attacking together, a mere reserved stroke could severely injure both of them?

What kind of ability was it?

“Earth… Earth Ultimate God?” The Infernal Heart Prefecture Governor was also shocked at that moment while looking at Jian Wushuang.

Jian Wushuang’s face remained incredibly cold as he shot a glance toward the two governors who were already out of the battlefield and frostily said, “I only want to fight with the Infernal Heart Prefecture Governor and will kill anyone who tries to interfere!”

Jian Wushuang’s voice was also icy as he exploded with a menacing and overpowering aura that was way above Peak Ultimate God.

In that instant, Heaven and Earth turned dead silent.