Support
Random Novel
Upgrade Specialist in Another Wo 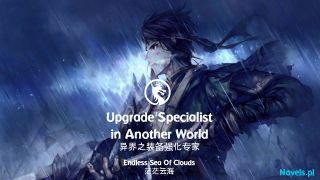 Bi Linglong replied calmly, “I am indeed a bit worried about Sir Zu.”

“Oh?” The Emperor hadn’t expected her to actually admit to it. He was actually momentarily stunned. He asked, “Why?”

“After all that has happened, Sir Zu has already become a key figure of the crown prince’s Eastern Palace. At the very least, in the eyes of outsiders, to a certain degree, he already represents the Eastern Palace,” Bi Linglong replied. Even though she was nervous, she had enough political wit to know that avoiding the answer forever wasn’t a solution, so she had instead chosen to calmly admit to it. She continued, “That is why, if something were to happen to him, the crown prince would lose a great general. The Eastern Palace would immediately suffer a huge blow to our prestige and influence.

“Of course, apart from Sir Zu, I am also worried about the Imperial Envoy’s situation. King Qi’s faction continues to pressure us, so we are already at a point where we cannot give up anything more.” Bi Linglong clenched her fist. Her expression turned somewhat cold as she continued, “If my suspicions are not wrong, Father Emperor has sent Sir Sang to take drastic measures against the Yu clan, to clip King Qi’s wings. That is why I naturally do not wish for anything unexpected to happen to the Imperial Envoy.”

The Emperor raised his brows, a smile returning to his cold face. He replied, “Not bad, not bad. You are worthy of the title I have given you. Ruizhi is destined for greatness with a good wife such as yourself.”

“All of this was because of Father Emperor’s protection and guidance,” BI Linglong said. She bowed with a smile, but inwardly, she felt completely cold. If it weren’t because she had seen his true face inside the dungeon already, she might have just been moved to tears.

She felt overwhelming nausea and disgust when she thought about how her father-in-law actually lusted after her.

No, it’s not lusting after me. With the emperor’s status, there’s no need for him to lust after me. He merely arranged for something that couldn’t be opposed.

But the more she thought that, the more disgust she felt.

Considering how powerful the emperor was, there were countless women who admired him. With Bi Linglong’s nature, even if he had taken her in as his concubine in the past, she might not even have been so against it. For the sake of her clan and her lifetime of ambition, she might even have done everything she could to support the idea.

But once she recalled how the emperor had possessed the crown prince, and even wanted to seize his own daughter-in-law forcefully afterward, she only found that nauseating.

The Emperor didn’t know that the gracefully smiling crown princess actually hated him that much. As he heard the way she didn’t claim credit for herself or speak arrogantly, instead thanking him for his kindness and protection first, he became more and more satisfied. He said, “Linglong, there is no need for you to worry. The situation in Cloudcenter Commandery will stabilize soon.

“As for that brat Zu An, I gave him the imperial edict. Since he managed to successfully use it, I have already destroyed the enemies, no matter how powerful they are. There is naturally no need to worry.”

Bi Linglong was happy to hear that Zu An was fine. However, she instead praised the emperor. “Father Emperor is wise and brilliant after all…”

Even though the emperor was already immune to most subjects’ praises, who could reject the gentle praise of a charming daughter-in-law? He quickly felt pleased. Together with the fact that everything had been settled in Cloudcenter Commandery, he was so happy he gave the crown prince and princess ample rewards.

There were no walls that the wind couldn’t pass through. News of what had happened quickly reached the Palace of Peace.

“The Crown Princess left the Imperial Study with a happy expression…” Eunuch Lu stooped down as he explained the situation to the empress.

The voluptuous empress was lying on her side. Because of her posture, her exaggerated curves were even more alluring. When Eunuch Lu saw her, he couldn’t help but feel envious of that brat Zu An. To ride on such rich and fertile lands, just how wonderful of a thing was that?

The empress didn’t expose his greedy expression, but instead felt quite proud of herself. She loved showing off her feminine charms in front of him. Whenever she saw his bitterness over being able to see, but unable to partake, she always felt amazing.

“Zu An is quite popular with that brat he follows. Since she is happy, it seems there has been good news in Cloudcenter Commandery.” There was a hint of excitement in the empress’ expression as she spoke.

The empress didn’t know whether to laugh or cry as she looked at him. She asked, “Are you sincerely congratulating me, or are you just jealous?”

Eunuch Lu said respectfully, “It is sincere, of course. This old servant is incapable and cannot share in your highness’ worries. Since Sir Zu is so capable, I naturally wish for your highness’ happiness.”

“Tsk, not a trace of manliness in you.” The empress harrumphed, but she began to reminisce to herself. She continued, “But you are quite right. Since Sir Zu is so ‘capable’ in certain ways, this empress has indeed begun to miss him a bit.”

Eunuch Lu felt dejected when he heard her emphasize a certain part. That Zu An’s ancestors must be blessing him from the afterworld! Just what did he do to deserve such a blessing?

Although the empress teased him for a bit, she lost her interest when she saw that he wasn’t producing much of a reaction. She instead asked, “Right, how is that thing I had you prepare going?”

“Please do not worry, your highness. I have already contacted the temple. Everything is already in order. I have found a quiet room within the temple as well. As long as you do not stay inside for too long, it will not draw any attention. I have already found someone else to arrange the temporary residence outside as well. As long as we avoid the guards at night, there will not be too much of a problem,” Eunuch Lu said with his head lowered.

“Look at you. Is this empress someone who has no self control? Why would I need a quiet room in a temple?” the empress berated him. The main issue was that religious activities mostly happened during the daytime, and several guards and maids would be present to follow her. It would be far too easy for her to be exposed.

Eunuch Lu explained, “Even though it is somewhat dangerous, that kind of situation will be even more stimulating. In my opinion, even though Sir Zu looks civil and proper on the outside, he definitely has a rebellious nature deep down. Did we not fail to invite him before? I believe he will instead be tempted if we do something like this.”

“Is the Empress a woman who needs to sell herself like this? Do I need to stoop to such lowly practices?” the empress replied unhappily. But after thinking about it, doing it in broad daylight with guards and servants everywhere waiting outside, having an intense battle in such a situation, seemed… somewhat interesting?

She coughed lightly when she thought of that. She asked, “Is that private room of yours reliable? Do the people inside know the truth?”

Seeing that she had been tempted, Eunuch Lu revealed a satisfied expression. He replied, “Does your highness not trust this servant in taking care of matters? That private room is definitely safe. The temple only believes that it was prepared for a rich and powerful individual. They would not associate it with the palace at all.”

“That is good, then.” The empress nodded in satisfaction. At the same time, she gave him a strange look and asked, “Little Lu, where did you learn these things from anyway? You are clearly a eunuch, and yet you seem to know quite a bit.”

Eunuch Lu had a flattering smile on his face as he replied, “As long as the Empress is happy, this servant will always be happy.”

The Empress harrumphed and said, “Go and arrange those things then. I can stay the night over there a few times. We just have to wait for Sir Zu to come back.”

“Understood!” Eunuch Lu lowered his head. He felt extremely conflicted inside. On one hand, he didn’t really want Zu An to come back that quickly, and yet he was also strangely looking forward to this.

At that point, however, Zu An was completely focused on treating Yu Yanluo in the frozen cave. He found the situation somewhat strange. Was the rebound of letting the Empress Lantern you drew get destroyed really that great?

The situation inside Yu Yanluo’s body was an absolute mess. If it weren’t because Zu An just happened to have the ability to treat others with the fourth layer of the Primordial Origin Sutra, she might not have recovered for several years. There could even be permanent lingering aftereffects!

Uncle Ming clearly could have interrupted my chant, but he seemed to have frozen in place for a moment for some reason.

And he seemed to have said ‘You’re…’ What did he want to say?

While Zu An was confused, he heard a sudden groan. Yu Yanluo was gradually beginning to wake up. Zu An’s treatment using his ki had clearly been effective.

Yu Yanluo discovered that she was in the arms of another man as soon as she woke up. Her expression immediately changed. She was just about to struggle when she heard a voice next to her ear. “Don’t move randomly. Your injuries are severe; I definitely don’t want all of my efforts to be for nothing.”

Yu Yanluo’s entire body relaxed when she heard that it was Zu An’s voice. She blushed and said, “Thank you. You have saved me again.”

“It was also thanks to your help earlier that we won,” Zu An said with a smile.

By then, Yu Yanluo had fully awoken. She quickly examined herself, discovering that her wounds were indeed extremely serious. It looks as if the choice I made earlier… was really pushing my limits.

She felt grateful for Zu An’s prompt rescue. But she still couldn’t help but ask quietly, “But why do we have to be like this?”

Zu An replied, “Your injuries were too severe at the time, and for some reason, it’s exceedingly cold here. The cold would easily enter your body if you sat on the ground. That would leave behind permanent damage, so I had to do this…”

He couldn’t help but tease her a bit after he finished his explanation. “Is madam embarrassed?”

Yu Yanluo looked away and didn’t respond to him.

Zu An said, “We were even more intimate than this when we were in the cold pond. This shouldn’t be a problem, right?”

Yu Yanluo harrumphed. “Hmph! If you were going to explain it like this, you might as well not have explained!”