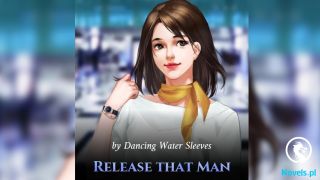 «Journey To Become A True God (Web Novel) - Chapter 1447: The Past Of The Great War In God Realm

Chapter 1447: The Past Of The Great War In God Realm

Ye Chen didn't mind, he wanted to hear the story that the Sage God and God Realm had in the past.

"Listen carefully" Huang Ying told Ye Chen to listen to what she had to say.

Ye Chen focused his gaze on Huang Ying, he wanted to hear the story that Huang Ying had to say.

"The God Realm used to be a place of peace and full of life, gods and demons lived peacefully without fighting like now" Huang Ying told Ye Chen about the ancient God Realm.

As Huang Ying said, the God Realm in ancient times was very peaceful, it was rare for a clash between demons and gods to occur.

"Then how come it is like this?" Ye Chen asked why the situation in God Realm could be like this, what made the peace break.

"It happened as a result of an incident, you know the god of heaven Mo Xin?" Huang Ying asked Ye Chen, he wanted to know if Ye Chen knew about Mo Xin.

"That's right Mo Xin is a god with great power and tremendous influence, he has a large following due to his immense charisma, he is one of the people who ignited the biggest Chaos battle in the history of the God Realm" Huang Ying told Ye Chen about Mo Xin starting the biggest battle the God Realm has ever seen.

"How can he start a battle?" Ye Chen asked how Mo Xin was able to start the biggest battle in the history of the God Realm even now.

"The beginning of the battle was when Mo Xin was accused of killing the Demon God of Destruction, he was one of the strongest people in the Demon race" Huang Ying told the reason for the battle that took place between God and Demon God.

"Okay, I see." Ye Chen immediately understood what Huang Ying meant, the death of the Demon God of Destruction would definitely make a difference in strength between the two sides, it must be very detrimental to the Demon side.

The higher ups of Demon God decided to replace the death of the Demon God of Destruction with Mo Xin's life, unfortunately Mo Xin and his followers rejected the proposal and started a battle, the battle that was originally between Mo Xin and Demon God's side was so chaotic that it affected other gods' realms. so terrible, it made other gods join the battle and made the biggest battle that happened in the God Realm.

"The battle lasted for a very long time, the victims of the battle were numerous from both sides, this made the wounds and grudges even greater, the two sides really fought it out to the point of mass murder," Huang Ying said to Ye Chen…

"Until the climax of the Final Chaos war, the war is the final war, where the Sage God who never interferes decides to take part in the battle" Huang Ying started talking about the Sage God whose inheritance was in Ye Chen's body.

"What was the Sage God doing at that time, did he help the gods?" Ye Chen asked Huang Ying.

"No" Huang Ying shook his head, he was telling that the Sage God didn't help the Gods.

" then?" Ye Chen wanted to know what happened next, what the Sage God would do if he didn't help the gods.

"He was the only person who tried to stop the battle from taking place, the Sage God never got involved in the battle, he was a neutral and powerless person, he had acquaintances on both the God and Demon side, so the Sage God's wish was to stop the ongoing battle. happened" Huang Ying said to Ye Chen.

"Wow" Ye Chen was shocked when he heard Huang Ying's story, Ye Chen didn't expect that Sage God would be that strong.

"Nothing" Huang Ying said that there was no victor in the battle that took place.

"Huh, how come?" if there is no winner then what happens, this is very strange for Ye Chen.

"Because the Sage God couldn't stop the war, he created a dimension that was used to confine the fighting gods, the Sage God also separated the two regions that were inhabited by God and Demon respectively that you know today God Realm and Demon God Realm" Huang Ying explained to Ye Chen.

"You mean, we are now living inside a dimensional barrier created by the Sage God?" Ye Chen asked Huang Ying.

"That's right, the God Realm that you know today is only 5% of the original territory of the God Realm, without knowing it we live in a prison that makes the profound energy in God Realm become depleted as time goes by, this is what makes the era of the gods end , that's because the pure energy is becoming more and more depleted and making it difficult for cultivators to break through" said Huang Ying to Ye Chen.

Ye Chen listened carefully to what Huang Ying said, to be honest Ye Chen was surprised when he heard the story from Huang Ying, Ye Chen gained new knowledge about this.

"Then what happened after that?" Ye Chen asked Huang Ying.

"The war is starting to subside, it's because every time the God Dan Demons try to invade, their strength will decrease when they enter each other's territory, it makes it difficult to conquer enemy territory." Huang Ying told the reason why the war could subside, that Sage God made a barrier where gods and demons cannot reach their opponent's territory.

"The Sage God disappeared, no one knows where he went, after that battle he disappeared from the world, many theories spread, some say he got out of this prison, some say he was injured and hid in a faraway place from all God eyes" Huang Ying said uncertainly, she didn't know very well about the existence of the Sage God.

"Can you say I can get in and out of this prison?" Ye Chen said to Huang Ying.

"You still don't have the Sage God's dimensions inheritance, so you can't do that" Huang Ying explained to Ye Chen.