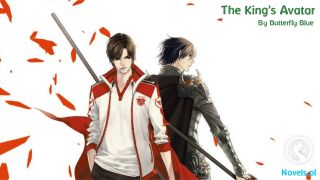 Opening the door, Angelica and Ayako-chan came to greet me.

“Oh? Are you alone? What happened to the other daddies?”

Now, how should I answer her? Of course I’ve decided that already. The two are such youthful girls, so I shouldn’t make a choice that would put a burden in their minds.

“The two of them went on a journey.”

“Huuuh!? I didn’t hear about that!” Angelica raised her voice, pouting her lips. “I thought it’s gonna be fun now that I have lots of daddies!”

“They’re their own selves. Even if they want to do something, I can’t say anything about it. I think it’s better that way, you know?”

“…is it your dream to leave me behind dad?”

“No that’s not what I meant…I had wished to live somewhere in the countryside and be a farmer or a fisherman. Besides, you don’t want the three of us to fight over you, do you??”

“I wanted that to happen though?”

“You’re as straight as you’ve always been, huh.”

Giving Angelica’s head several pats, I entered the room. With the lock of the front door, I managed to catch some relief at the thought of finally regaining my ordinary life.

“I’m going to go sleep soon, so what are you going to do, Ange?”

“What, have you been waiting for me to come back even though you’re so sleepy?”

Obviously? Angelica said with a smile, while Ayako-chan silently nodded on the side.

This is how it should be. I feel at ease if the children are enjoying themselves.

As I finished changing while humming a song, I spread out a layer of blanket on the floor. I can wrap myself with this blanket and go to sleep, while the two girls could just use the bed together.

Because I had to run around the entire day, my eyelids are as heavy as steel at this point, so I think I would fall asleep at any moment.

With that phrase, I turned down the light on the living room.

Just before I let myself fall into a deep slumber, I reflected upon my actions, making sure there’s no loose ends. Did I make a mistake? Did I fail somewhere?

I should be okay. I managed to get over it this time again. As long as Angelica doesn’t cry, all is fine. I’m proficient at the tedious task of doing something to save the world, though for me right now, guaranteeing the safety of my family is enough.

I start to grow lightheaded, and I noticed that I’m starting to doze off.

Then…I’m not sure if what happened next was a dream or not. When I was in that state of limbo, I heard the sound of cloth rustling. Someone got off the bed and crawled towards my direction. Opening my eyes in the darkness, the girl laid her face on my chest.

What is she thinking this time? A sixteen-year-old daughter sleeping with her father is incredibly inappropriate.

“Do you want to be spoiled? You’re in the age where you should be able to sleep by yourself you know.”

“That’s not it,” Angelica whispered. She then brought her face close to my ear and whispered so quietly as if to not allow her voice to be heard by anyone else. “You erased the other daddies, didn’t you?”

“…what?” I noticed my body stiffening.

Why? How’d she know? Where did I screw up? As I kept trying to recall where I went wrong, Angelica spoke once again.

“…earlier today, I obtained a new skill, which means I leveled up in the middle of the night. But it’s weird, since we weren’t in combat by then.”

I clenched my fist, cursing myself.

“There’s only one conclusion I can come up with: someone in my party, somewhere close, took out some really powerful. Then the system considers me to be in combat along with you and gave me EXP es well.”

This opens up the possibility of Ayako-chan also obtaining superhuman powers. I should have erased the other Keisukes somewhere further…no, wait, I should’ve made them kill themselves in the first place, which means their EXP will not go to me.

“…I’m really an idiot. I should’ve gone to school after all.”

“Please stop calling yourself an idiot. It’s not a good feeling to have someone you love be badmouthed like that” Angelica rebuked.

“Why did you kill yourself……why!? Didn’t you have a choice to live peacefully with the other daddies?”

“I shouldn’t ruin the balance in society. Even those two also understood that much. This is what we decided from the get-go.”

“I know you might not understand, but that’s how we heroes work. We’re not just an ordinary person, we are a form of public character…heck, we’re actually a public property. We slay our enemies and protect our friends, and we would do anything to accomplish that. Aren’t we awful?” I asked, taking on the offensive. “My opinion of life and death is different from all of you. I’m not asking you to understand that, and if you feel that it’s creepy, you can get off me and go to sleep.”

Even under the veil of darkness, Angelica’s eyes glisten like jewels, shining green as if they see through everything.

“…then do you think the other Ayako-san should disappear as well?”

“I don’t. I’d feel bad for eliminating her. Same with the other people who got cloned.”

“But don’t you feel bad for yourself?”

“I don’t care how I’m treated. Also don’t get closer”, I said, stroking the girl’s hair. “What is eating you up? I won, and there’s nothing lost aside from my other selves. And those selves were not meant to be in this world in the first place, so the substantial loss is technically zero. Shouldn’t this be an ideal outcome?”

Then, tears start to well up in the corners of Angelica’s eyes.

“…I’ve…finally come to understand. When I lived in the temple, when I only heard about you from rumors and books, I thought you are a self-sacrificing, unselfish person…that you are a hero like no other…but it seems that I was wrong. You truly think, from the bottom of your heart, that you do not have any value as a person…right?”

“What, you finally noticed it?”

Somewhere in my life, the purpose of my life is for Elza’s sake, and thus after her death, my life serves no purpose. Though now that I have Angelica with me, I live for her sake. The top priority has always been a girl that I’m close to, while I probably don’t have any interest in myself.

“Come on, let’s go to sleep already. I don’t want to talk about something heavy while I’m sleepy.”

I intentionally showed an unnatural yawn, trying my damndest to put an end to this conversation, but it doesn’t seem like it has any effect on Angelica.

With a sob, the dam bursts and Angelica started to weep.

“…come on now…please don’t do this…I’m really sorry, my tone was too blunt.”

Angelica silently shook her head in response, as if childishly rejecting what I said.

“What should I do? What did you not like from what I said? Listen, Ange, I truly treasure you, okay? I’m not going to ever erase you like how I did to the other Keisukes today. I get too rational to myself but I’m always nice to girls, you know? I’m serious. So please rest easy.”

“You thickheaded insensitive dullard!” she said, firmly grasping on my cheek and laying her lips on top of it. Her lips were so soft, and in an instant my cheek turn damp.

“I hate the part where you treat yourself crudely, dad. I hate it, I hate it so much.” She kept repeating the word “hate” over and over while she still mashes her lips against my cheek, her speech and conduct being complete opposite of each other.

“Whatever! It doesn’t look like you would understand if I were to tell you anyways!”

Angelica circled her arms around my body, squeezing my body tightly with tremendous strength.

“I’ll definitely give birth to your child, dad. I’m going to prepare a household to tie you down since it seemed like you would go on and disappear if I don’t.”

“…Don’t tell me you’re doing it all right now?”

“You’re hopeless, I swear…why are you so charming to me, I wonder…”

Despite what she said, she had a gentle smile on her face. Despite the mismatch between her words and her expression, it seemed that she had regained her spirits.

“…We’ll start the childmaking from tomorrow…I’m reaching my limit, so…I’m going to sleep…”

“Wait are you planning to sleep here!? I won’t know what Ayako-chan’s gonna say about this! Ange! Ange!” I called out to the girl, clapping her cheek lightly, but perhaps because her DEF has increased thanks to the level up or because she’s just dead asleep, she didn’t even respond to the slaps.

In the end, I gave up and decided to sleep with Angelica clinging onto me. Seems like she’s using all of her assets, be it her warmth, her sweet smell, and her atrociously flexible chest that are squeezed onto me, to obstruct my sleep. She would even mutter “I love you daddy” in her sleep as well.

“If I am a normal guy, I would’ve lost my reasoning long ago…”

As I toyed with Angelica’s hair on my journey to the world of dreams, I muttered to the girl: “At least make it clear whether you like me or you hate me”