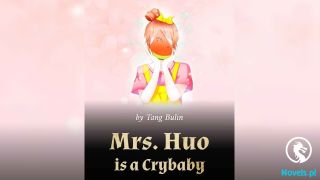 Chapter 3412: Location Of the Heaven Piercing Sage and the Heavenless Devil Ancestor

Wait… Ying Gou appeared in the Gathering of the Immortal Peaches, and… And…

They turned to look at the other young man standing behind Ying Gou. Terror striked them deep in their hearts and their pupils wavered.

It was too late to be afraid as Ying Gou’s corpse qi was already on them.

In desperation, Yinyang Hongyuan released the devil qi in his body. A phantom of the eight trigrams appeared above his head, and he tried to retreat. “Wait, wait, wait! Senior Corpse King, we can talk this over!”

Not even his master would be able to stand up to the Corpse King, much less himself!

Fear would cloud his master’s heart when up against at existence at the level of the Corpse King, and he didn’t even think of counter attacking. All he wanted was to protect his lowly life.

He forgot about the fact that he sentenced Huang Xiaolong and the others to death a mere second ago!

They were grasping at air as Ying Gou wasn’t going to let them live because of a few miserable pleas.

As his corpse qi swallowed them, Yinyang Hongyuan and the Silver Tree Devil Ancestor screamed in pain. The corpse qi corroded the bodies of the experts they brought along with them, and miserable cries filled the skies.

As for the experts who came to attend the wedding ceremony, they left the city the moment Ying Gou attacked. They were afraid that they would be caught up in the mess.

Yinyang Hongyuan roared in anger when he watched his subordinates dying one by one around him. “Quickly! Invite the old ancestor out from his seclusion!”

As soon as the words left his lips, a ray of devil light emerged from the depths of space. It tore through countless layers of space and slammed into Ying Gou’s corpse qi.

The devil qi that came from the depths of the region was a hundred times stronger than the one released by Yinyang Hongyuan.

Unwilling to be careless, Ying Gou congealed another giant snake from the corpse qi before sending it towards the ray of devil qi.

The city trembled and cracks formed on the ground below. The structures in the vicinity scattered to the ground.

Under the terrified gazes of those present, an expert wielding the Yin Yang Sword clad in devil robes appeared in front of everyone present. He had beady green eyes, and he stared straight at Ying Gou.

“Fellow Cultivator Ying Gou, we haven’t met in a long time. Your strength is as strong as ever.” The old man grinned.

Ying Gou muttered, “It’s been so long and you’re not weak either.”

The person who just appeared was the Yin Yang Devil Ancestor, and he was a being who existed since the creation of the world. His reputation was close to that of Ying Gou in the Immortal World, and his name could cause the world to shake beneath him.

The Yin Yang Devil Ancestor looked at Huang Xiaolong and the others as he chuckled, “Brother Ying Gou, why don’t you introduce them?”

He didn’t speak a word about the exchange that happened a second ago.

“Father!” Yinyang Hongyuan wanted to warn the old ancestor about Huang Xiaolong, but he was silenced by a glare from the ancestor.

His father didn’t like any interruptions when he spoke, and he was punished in the past for speaking out of turn.

Ying Gou stood behind Huang Xiaolong and spoke. “This is His Highness. Fellow Cultivator Yin Yang, you should kneel and pledge allegiance to His Highness now.”

The Yin Yang Devil Ancestor hesitated for a second when he heard what Ying Gou said. Frosty light flashed through his eyes in the next moment.

The killing intent that came from the devil ancestor caused the experts standing around to tremble.

A frown formed on the Yin Yang Devil Ancestor’s face. He could tell that something had happened to the two as they wouldn’t try to stop him otherwise. Could it be because of the man standing in front of Ying Gou?!

Even if the person Ying Gou served was someone important, he was an existence who came to being since the start of the world. He felt that the only person stronger than him was Hong Jun!

Pangu and Hong Jun were the only two who could make him kneel!

He defeated the Buddha Ancestor, Rulai!

The six sages were experts only weaker than Hong Jun! According to his outdated knowledge, Rulai’s strength was ranked in the middle. Since Huang Xiaolong could defeat the Buddha Ancestor, Huang Xiaolong had to be as strong as the Heaven Piercing Sage and Laozi combined!

The Heaven Piercing Sage possessed the strongest offensive abilities, and he could hold off four other sages if he laid down the Immortal Punishing Sword Formation!

As for Lao Zi, he was the oldest among the six sages.

Of course, he wouldn’t kneel even if Laozi personally arrived!

When the Yin Yang Devil Ancestor was still evaluating Huang Xiaolong, Yinyang Hongyuan continued, “Father, we received news from the Immortal World. Rulai joined forces with every single expert in the western continent capable of attending the Gathering of the Immortal Peaches and they were still sent flying with a single strike!”

Rulai was sent flying even after receiving the support of so many experts!

“Also, he suppressed Rulai under the Five Finger Mountain!” The Silver Tree Devil Ancestor explained. “Not even Lao Zi and the other sages present to rescue him after joining forces!”

The Yin Yang Devil Ancestor felt a chill run down his spine.

Not even the sages managed to save Rulai!

Wasn’t the Five Finger Mountain Rulai’s treasure?! How could someone else control it?!

All of a sudden, a golden dragon appeared behind Huang Xiaolong. It covered the heavens as a terrifying might covered the Devil World. Every single expert felt the weight of a mountain pressing down on them.

The Yin Yang Devil Ancestor fell to his knees, and he failed to move no matter how hard he struggled.

If the Yin Yang Devil Ancestor was suppressed, there wasn’t a need to mention the others. Everyone who ran out of the city when Ying Gou made his move experienced the same fate.

God knew how many experts of the devil race could be seen kneeling on the ground.

It didn’t take long for nearly half of the Devil World to start looking for the Heaven Piercing Sage and the Heavenless Devil Ancestor!

“Your Highness, we have good news! We have located them!”

“They went in the same direction!”