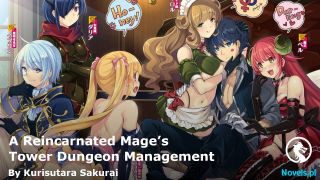 When the four of them returned to the Mystical Pavilion in the Dragon Fish Creed, they reported everything Huang Xiaolong requested to the branch pavilion master, Zeng Lei. Zeng Lei’s expression sank the moment he heard what they said. “Did he really request for thirty strands of beginning qi?”

Chen Shaoen hastily followed up, “That’s right! Branch Pavilion master, Huang Xiaolong is an arrogant b*stard who doesn’t care about our Mystical Pavilion! He wanted a strand of genesis energy in the beginning, and he injured me after I spoke out against him casually.”

Zeng Lei turned to look at Zhang Wen for confirmation. Nodding his head, Zhang Wen continued, “He initially wanted a strand of genesis energy. And it’s true that he injured Brother Chen Shaoen after he spoke out casually. After my mediation, he changed his terms to thirty strands of beginning qi. Moreover, he wants twenty strands before starting the refinement process!”

Zeng Lei narrowed his eyes and growled, “He’s too arrogant…”

“How dare he injure the members of my Mystical Pavilion?!”

Frosty light gathered in his eyes when he imagined what happened during their confrontation.

With unconcealed hatred flashing in his eyes, Chen Shaoen growled, “Branch Pavilion Master, Huang Xiaolong is merely relying on that little talent of his to look down on our Mystical Pavilion! If news of this gets out, we will become the laughing stock of all the worlds! We can’t let this go!”

Zeng Lei glanced at Chen Shaoen and muttered, “With the ability to control four peak-level energies and eleven high-order Saint Fates, he indeed has the ability to act arrogantly.”

“However, in the endless years of our existence, our authority has never been challenged!” Zeng Lei continued, “Those who infringe on our status have to learn of the consequences!”

Chen Shaoen rejoiced in his heart when he heard what Zeng Lei said. “Lord Branch Pavilion Master is right! In the past, even when a Ninth Esteem Dao Venerable challenged our authority, they were suppressed by us! He had to issue an apology to the entire world for offending us, and Huang Xiaolong shall be no different! Even if he’s talented and has the ability to become a Ninth Esteem Dao Venerable, his behavior cannot be excused!”

Chen Shaoen wasn’t bullsh*tting. No one had ever challenged their authority since their formation, and a Ninth Esteem Dao Venerable was once forced to apologize after crossing them! He even had to give up a huge portion of his treasures before swearing never to cross anyone from the Mystical Pavilion ever again!”

Even Ninth Esteem Dao Venerables couldn’t do as they wished before the behemoth that was the Mystical Pavilion!

As the peak power in the Huang Long World, their authority couldn’t be challenged!

Apologizing to the world and swearing to avoid anyone from the Mystical Pavilion was the lightest punishment one could receive!

When it came to Huang Xiaolong, a mere Primal Ancestor, the Mystical Pavilion couldn’t care less about his talent!

No matter how talented one was, it was nothing if they were killed before they reached the Ninth Esteem Dao Venerable Realm!

Spreading across multiple worlds in the Huang Xiaolong World, the Mystical Pavilion’s word was law! No matter how strong one’s Creed was, they wouldn’t dare to show the slightest disrespect.

Question marks popped up in the minds of everyone.

“We’ll deal with him after he refines the pill,” Zeng Lei muttered.

“Yes, Branch Pavilion Master!” The four of them replied respectfully.

“We’ll do what he says. Give him twenty strands before we start the refinement!” Zeng Lei growled, “However, tell him we’ll need some time before we can gather all twenty strands. We’ll give them to him in five years!”

Even as the branch pavilion master of one of the Mystical Pavilion’s branches, gathering twenty strands of absolute beginning qi wasn’t an easy task. Getting them all in five years was a feat in itself, and even people like the Dragon Fish Dao Venerable wouldn’t be able to do anything like it.

In the Dragon Emperor Manor.

Huang Xiaolong looked at the reply he received from the Mystical Pavilion indifferently. He had expected them to agree, and the reply came as no surprise.

In five years, he could prepare himself for anything the Mystical Pavilion might do.

Since Long Jianfei’s family had recovered, there was no longer a need for him to remain.

Of course, he strengthened the restrictions around the manor and city. He paid special attention to the hidden space the members of the Long Family were hiding in.

Once he left, he decided that he would head over to Boundary Emperor Creed to look for the immortal cave left behind by the Dao Venerable.

After refining the poison contained in the immortal cave, he would then head over to the Silver Shadow Creed to cure Yin Yue’s mother.

Huang Xiaolong and the others finally arrived in Boundary Emperor Creed.

As one of the twelve creeds in the Dragon Fish Heavenly Cave, it ranked near the bottom. In fact, it was ranked second to last, and the patriarch himself was only a Fifth Esteem Dao Venerable.

After he arrived, Huang Xiaolong charged towards the immortal cave without caring about anything else.

Half a month passed, and the Qilin Chariot finally stopped in the space above a tiny sacred land.

“Your Highness, the immortal cave should be located in this marsh right here,” Duan Zheng reported.

Huang Xiaolong nodded his head and ordered the Qilin Chariot to rush straight down towards the marsh.

An endless marsh soon appeared before their eyes.

“That is a dense miasama covering the marsh…” Duan Feng gasped in surprise.

Even though they were several thousand miles away, they could already feel the prickling feeling on their skin.

Turning serious, Duan Zheng warned, “The miasama might be a little weaker than the peak-level poison, but it’s still dangerous. Please be careful. There are endless numbers of venomous creatures in the marsh, and the body of a high-level Primal Ancestor wouldn’t be able to defend against them!”

Patting the Qilin Chariots on the back, the chariot tore through the misama and charged straight into the marsh.

Huang Xiaolong was completely unafraid of the misama with his body. Even if it was a thousand times more poisonous, they would only be considered tonic to someone like Huang Xiaolong.

Of course, as the Qilin Chariot thundered towards the marsh, the misama couldn’t approach those on it. The power of absolute frost and blaze emerged from the qilins, and the mist froze or evaporated before they could come close.

Not long after they entered, they were besieged by a group of venomous beasts. A purple scorpion tore through the lands as it pounced at Huang Xiaolong and the others.

It was too bad it exploded into pieces with a single point from Huang Xiaolong.

At his current level, even half-step Dao Venerables would be killed by a strand of energy Huang Xiaolong sent out. The venomous beasts might be strong, but they were defenseless before him.

As they soared through the skies in the Qilin Chariot, a cry for help reached their ears.