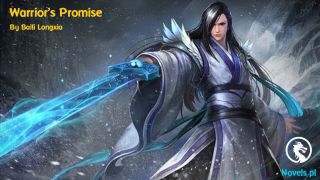 Chapter 2896: Members of the Mystical Pavilion

After the two of them left, Huang Xiaolong returned to the main hall of the Emperor Dragon Manor.

“Your Highness, members of the Mystical Pavilion have arrived! There are four high-leveled enforcers waiting outside!” Long Jianfei rushed over the moment Huang Xiaolong stepped into the hall, and he made the report.

Long Jianfei didn’t dare to tarry as he made the report to Huang Xiaolong instantly.

After the battle in the Monarch Yu Sacred Land, other than Feng Yue and Yin Yue, there were many experts sent over by their creeds to greet Huang Xiaolong.

All of them came bearing grand dao pills, grand dao herbs, and grand dao medicine in order to form a good impression. Could the members of the Mystical Pavilion also be there to do the same thing?

Huang Xiaolong was afraid that they were there for something else…

With a trace of light flashing in his eyes, Huang Xiaolong muttered, “Let them in.”

Long Jianfei nodded hastily and rushed out to welcome them.

As he ran over, there were four men in purple robes standing outside the city gates. Supreme grand dao runes were inscribed on their robes, exuding a peerless aura.

The four of them were all Fourth Esteem Dao Venerables from the Mystical Pavilion.

The world was large, but those who had the qualifications for the Mystical Pavilion to pay them a visit could probably be counted on two hands. Not to mention the fact that they had sent four mid-level Dao Venerables over to meet a single Primal Ancestor!

When the four of them saw Long Jianfei returning alone and no sign of Huang Xiaolong, they couldn’t help but frown.

“This little brat is really putting on airs…” One of the white-browed experts frowned and an unpleasant expression appeared on his face.

When they thought about who they represented, a sense of dissatisfaction formed in their hearts. When they had just arrived, the Blue Lotus Dao Venerable, the Lightning Cloud Dao Venerable, and all the patriarchs of their factions had personally come over to welcome them. Yet, Huang Xiaolong only sent out a Fifth Resurrection Primal Ancestor to welcome them after holding them at the gates!

“This little brat is only slightly more talented than the others… When all is said and done, he’s just a Sixth Resurrection Primal Ancestor. People like him wouldn’t even be qualified to bring tea to us!” a skinny old expert harrumphed.

A middle-aged man who was slightly on the chubbier side eventually revealed a smile and he chuckled softly, “He’s the only person since the start of time to possess eleven high-order Saint Fates. He has all the qualifications to act haughtily. The three of you better start smiling when you meet him. If you ruin the Pavilion Master’s grand plan…”

The three of them felt a chill running down their hearts and the complaining stopped instantly. They nodded their heads like obedient children.

“Lords, my young master has invited you in!” Long Jianfei bowed respectfully when he approached.

The four of them were existences even his master had to fawn over. How would he dare to show the slightest disrespect?

Under Long Jianfei’s escort, the four of them entered Dragon City.

“You should be Chen Xi’s disciple, Long Jianfei, am I right?” The slightly chubby middle-aged man laughed softly as he looked at the person bringing them around.

As he nodded slightly, a trace of melancholy formed on the chubby man’s face. “Your master and I ran into each other several times. His talent is pretty great, and he had hopes of entering the high-level Dao Venerable Realm. Alas…”

Long Jianfei’s expression fell. His master had entered the Bright Lightning Abyss, and no one knew about the situation there. He was extremely worried, but as a Fifth Resurrection Primal Ancestor, he would be unable to approach the most dangerous forbidden region in the Divine Tuo Holy World with all the restrictions surrounding the area.

“Now, I can only wait for His Highness to enter the Dao Venerable Realm…” Long Jianfei thought to himself.

Huang Xiaolong had once said that he would look for Long Jianfei’s master after he entered the Dao Venerable Realm.

“Long Jianfei, have you been following your young master for a long time?” the chubby man asked once again.

The smile on his face didn’t fade and it gave off a sense of familiarity to everyone who met him for the first time.

However, Long Jianfei felt alarm bells going off in his head as he realized that the other party was trying to fish for information on Huang Xiaolong.

“Hmm, not more than a thousand years…” Long Jianfei thought for a moment and replied.

Less than a thousand years?!

The four of them stared at each other in silence.

“Did your young master really come from another holy world?” the skinny expert asked.

Previously, Huang Xiaolong had announced to those present during his battle with the Lightning Tiger Prince that he hailed from another holy world in order to get them curious about his actual identity.

The four of them quickly followed up with several questions and Long Jianfei replied honestly when he could. As for the questions that probed about Huang Xiaolong’s secrets, Long Jianfei skirted around the topic.

When they finally arrived at the Dragon Emperor Manor, they realized that they didn’t manage to learn many things about Huang Xiaolong.

They introduced themselves after entering the manor, and they went straight down to business.

Huang Xiaolong was stunned when he heard their reason for coming. “Your pavilion master wishes to invite me over to refine a pill?”

“That is correct.” The chubby man, Zhang Wen, smiled. “Truth be told, our pavilion master managed to obtain the recipe of an ancient grand dao pill. He will need Young Master Huang’s nirvana flame in order to successfully refine the pill. We will never shortchange you if you agree to help.”

Huang Xiaolong looked at them calmly while he responded, “Nirvana flame?”

It seemed as though the Mystical Pavilion had done a complete investigation on him.

Of course, he wasn’t surprised at all. After all, he had used all four types of energy to stop the Xuanyuan Arrow. It came as no shock that the Mystical Pavilion, the number one power under the heavens, would be able to learn of it.

“I’m afraid he’s not just after my nirvana flame.”

“I wonder what terms your pavilion master will be able to provide me with for my assistance.”

Zhang Wen’s smile became even brighter, and he continued, “Our pavilion master said that he is willing to do anything in his power to fulfill your wish.”

“Anything I wish?” Huang Xiaolong sneered. From the looks of it, the pavilion master of the Mystical Pavilion was merely toying with him. When he really made a request, he was afraid that the pavilion master would brust him off after they completed the pill.

“That is correct!” Zhang Wen laughed softly in response.

“I don’t require your pavilion master to do anything.” Huang Xiaolong shook his head. “I have heard that there were Ninth Esteem Dao Venerables who managed to purchase origin qi energy from your Mystical Pavilion.”

The faces of Zhang Wen and the rest changed instantly.

“Huang Xiaolong, you’re going too far! How dare you set your eyes on our origin qi?!” The skinny expert, Chen Shaoen, blew up in an instant. “Do you really think you’re worth a strand of genesis energy?!”

When they had arrived at the gates of the city, Huang Xiaolong had only sent Long Jianfei out to welcome them. He had been holding back his anger due to Zhang Wen’s comment, but he haddn’t expected Huang Xiaolong to request a strand of genesis energy.