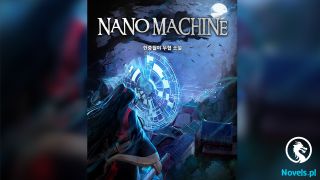 Mo Wen was well aware of his situation. However, he had no regrets. He already knew this was going to happen before he made his breakthrough and he still chose to let it.

Perhaps, in this way, it might be more difficult for him to break into the martial arts grandmaster realm but that was something to worry about in the future. Without a doubt, his abilities increased greatly after his Nine Yin Qi entered the ninth level. What was most important now was his strength. He felt great stress from the Heaven List tournament this time.

“Ordinary third realm martial arts grandmasters are no match for you given your current strength,” the person lamented. Mo Wen was so young and already possessed such incredible strength. This was certainly enviable. But his lips curled up in a cold sinister smile.

“What are you smiling at?” Mo Wen’s senses were very keen, and he immediately realized that there was something off with the person’s smile.

“I’m happy of course. I am smiling because I am happy…”

Then, the man suddenly started laughing out loud. He laughed louder and louder until he seemed almost to be roaring at the end. The entire valley was enveloped in his sharp laughter and this lent one a sense of coldness.

“Is there something wrong with your brain? Laugh alone if you like to laugh. I shan’t accompany you.”

Mo Wen sensed that this was not a place he should stay for long. Since he had already broken through to the ninth level, the cold pool would have less of an effect. There would not be any more effects on him in a short time. As such, he jumped up. He’d better leave the valley before he did anything else.

“Since you are already here, I have no intention of letting you go. Your body is talented enough to make it worth taking a risk.”

The man stopped laughing and suddenly looked at Mo Wen sinisterly. His eyes were filled with madness.

The metal chains that were wrapped around the man suddenly started shaking. The sounds of metal chains clanging against each other echoed throughout the valley. The man’s body grew bigger and bigger. Wisps of cold power flowed out from his body endlessly.

“500 years, I have prepared for more than 500 years. I finally cultivated the Second Primordial Soul. How long do you think you can trap me for? Today is the day I escape. Nobody can stop me.”

The prisoner made a long whistle. There was a loud rumble, and his body immediately exploded.

He had self-destructed, not caring about his life. It was not just his body. Even his primordial soul exploded at that moment. The terrifying explosion formed a storm that swept through the valley in an instant. Mo Wen, who had run a thousand meters away was hit by the force of an explosion and was tossed into the air. He crashed into the wall of a mountain and the mountain collapsed immediately.

“He self-destructed. He is a mad man!”

In the rubble, Mo Wen wiped the blood from the corners of his mouth. One can imagine how powerful it is when a warrior who had achieved immortality self-destructed. Fortunately, Mo Wen was far away and had a very strong physical body. Otherwise, he would have been seriously injured, if not killed.

He did not understand why the man would self-destruct when he was doing well. Even if he were to self-destruct, he would not be able to escape anyway.

The eight metal chains as well as the stratagem in the air were there to seal off any chance of the man’s escaping. It not only imprisoned the person’s body but also his primordial soul. Even if he were to self-destruct, his primordial soul would still not be able to escape. It might even be affected and be destroyed.

“No, that’s not right. What did he say earlier? Second Primordial Soul!”

“Could it be that he wants to…”

When the second primordial soul escapes, it would have to find a body to leech upon in a short period of time. It was without doubt that the man had chosen this moment to self-detonate because Mo Wen was the person he was prepared to leech onto.

“Lad, even heaven is helping me. I have not only successfully cultivated a second primordial soul, but I have also even found such a genius like you. With your physical body, my success will be limitless in the future. Then… Hehe, I will kill everyone from Huatian Palace. I will control the entire world in the future…”

A burst of sinister laughter rang in the air. Then, the yellow light flew before Mo Wen’s eyes. Mo Wen wanted to block it, but he could not do so in time. The yellow light was too fast and it was also a primordial soul. He did not have the ability to block it.

There was a whoosh and the yellow light flew through Mo Wen’s forehead and into his declarative memory.

Five hundred years ago, Xiang Buwei had been imprisoned in the cold pool by the elders of Huatian Palace. He suffered in agony from the assault of the coldness from the cold pool day and night. He was in agony every day. At that time, he had cultivated not in the profound meaning of the cold attribute but the fire attribute. One can imagine how painful it must be for a cultivator who cultivated in the fire attribute to be imprisoned in such an environment.

Baleful laughter rang in Mo Wen’s mind. After Xiang Buwei successfully cultivated a second primordial soul, he had wanted to find anyone’s body to take over. He would decide after he escaped. He no longer wanted to live in darkness. Yet, he had killed many people who barged into the cold pool and eventually, the cold pool became forbidden grounds for those people. For decades, no one dared to take another step into the cold pool.

It could be said that Mo Wen was the only person who had entered the cold pool in the past few decades. Furthermore, Mo Wen was so young and talented. He was the perfect host for Xiang Buwei. He felt that even heaven was on his side.

“I did not expect to be tricked after all. These old fogeys who have cultivated for centuries are indeed sly and crafty.”

Mo Wen sighed. One cannot underestimate a man who had cultivated to become an immortal. However, after the initial panic, Mo Wen calmed down. This was because there had been more than one person who wanted to take over his body. However, no one had succeeded.

Indeed, the yellow light had not been in Mo Wen’s declarative memory for long before it discovered a problem.

A startled yell suddenly rang in Mo Wen’s declarative memory. The voice was filled with fear, anger, and incredulity. It was as if the entire soul was shaking.

However, when the ray of yellow light encountered the Primordial Soul Pearl, it was as if it had encountered a ghost. It felt startled and frightened.

Shrill cries filled with terror rang from within the web of green light. If the previous moment was heaven, then the next must be hell.

Yet, no matter how he pleaded, the conclusion was the same. Green flames appeared on the green web of light and burnt him up gradually.

“Bloody Heavens, why are you treating me like this? Why?”

Xiang Buwei did not believe that Heaven was on his side now. It was not only not on his side, but it was also against him, forcing him to his death. He had cultivated hard for 500 years and had suffered for 500 years. He had thought that he would be able to escape his imprisonment and have freedom once more. Yet, he did not expect that what awaited him would be death.

The power of the Primordial Soul Pearl was startling. In mere moments, it absorbed Xiang Buwei’s second primordial soul.

Mo Wen felt a sense of enlightenment descending from his head and his entire conscience felt renewed. His deified soul power seemed to have been nourished and it grew by a large amount. This made his soul power even more powerful and strong.

At the same time, some information began to surge into his mind.

There was not much information. Mo Wen understood it immediately after some thought. The information was the remnants of Xiang Buwei’s memories. Mo Wen finally knew the man’s name now.

There was not much memory left about Xiang Buwei’s life experiences. Mo Wen only knew that he was called Xiang Buwei and was a very evil man who lived 500 years ago. He could even be described as the devil. The things he did were cruel and vicious and he was a terrible man. Because of this, the Huatian Palace had given him special treatment, imprisoning him above the cold pool when he was a man who cultivated in the fire attribute. He had suffered for 500 years.

Mo Wen lamented to himself that while Xiang Buwei had committed evil deeds all his life and was a notorious devil, he was extraordinarily talented. In the past 500 years, he had not only used the power of the cold pool to turn his cultivation in the fire attribute to the cold attribute, but he had also successfully cultivated a second primordial soul. If he had not been imprisoned, he would have been very accomplished.

Other than some of Xiang Buwei’s experiences, all that he had studied and understood had been retained perfectly. Mo Wen did not know if the Primordial Soul Pearl had meant for this to happen. In any case, Xiang Buwei had cultivated in a few rite of passage martial arts and his experiences and what he had concluded from his cultivation all appeared in Mo Wen’s mind perfectly…