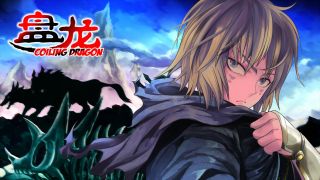 Zhang Hao and Mi Er’s spirit skills clashed, and the area they were in was affected as well.

Zhang Hao spat out old blood, not sure if it was from being injured by Mi Er or being angered by Mi Er.

He suffered hardships to learn that spirit skill but it had learnt it just like that.

Mi Er responded and stopped teasing Zhang Hao. It transformed back into its original form and wrapped around him. Zhang Hao became a bunch of ash as it shrunk.

Meng Sha and the others were deeply traumatised after seeing the scene.

It wasn’t because Zhang Hao was stronger, but because Mi Er didn’t put in effort at all.

They did feel a little sad after seeing that someone they had known for a thousand of years had died.

Suddenly, something dropped from the sky, everyone stared at it and it was actually a broken arm.

It was obviously a female’s with that thin and long finger.

After that, a few pieces of clothes dropped and Wu Lingyu flew down.

Sima You Yue went up to hold him after seeing his pale face and asked “Are you injured?”

“It’s not the golden age yet, it’s a little hard to deal with.” Wu Lingyu held his chest, the blood and vital breaths rolled in his body.

“Take this healing pill quickly.” Sima You Yue held his wrist and felt his pulse, she took out a pill for him to take after knowing his condition.

Wu Lingyu took the pill and felt much better in an instant.

“It’ll take a while for Father to wake up, take a rest here first.” Sima You Yue said.

Although she really wanted him to go into Little Realm or spirit pagoda but everyone was still there so she could only settle for the second best.

“Alright.” Wu Lingyu sat down on the floor and started to mediate.

Meng Sha looked at the broken arm and looked at Wu Lingyu who was perfectly fine despite having injuries, and they knew immediately.

This result was too shocking to them, they couldn’t digest this for now.

How would they react after those people knew that Ghost City didn’t have a City Lord anymore?

In addition that an in charge died, wouldn’t Ghost City be a mess?

“Everyone, the show is over, you’ve got the results too, can you all leave now?” Sima You Yue asked.

Wu Lingyu and Sima Liu Xuan were recuperating, she didn’t want any outsiders there.

“You Yue, it’s not a good idea for them to recuperate here. Why not bring them to Ghost City?” Wu Man suggested.

“There’re so many people in Ghost City, it would be troublesome if we have to deal with them even if we have enough people on our side.” Sima You Yue continued, “Aunt Man, it’s not that I don’t trust you guys, it’s because my Father is injured, so I’ve to be extra careful.”

“But we won’t feel at ease leaving you here at Sunset Mountain.”

Sima You Yue froze and understood what they were worried about.

“You guys can keep watch here then. We’ll leave after two days. But I hope you guys don’t disturb my Father and the rest for these two days. If not, don’t blame me for not playing nice.”

As she spoke, she took a glance at Meng Sha and Luo Qi.

Although Meng Sha and the others weren’t happy with what she said, she was strong and was able to restrain them with Mi Er, not forgetting the people around her.

In these two days, Meng Sha and the others were watching You Yue and the rest from somewhere not far away, Wu Man was still in a good relationship with her so she could still talk to her.

“Are you guys really leaving?” Wu Man led Sima You Yue to a mountain peak.

“Yes.” Sima You Yue continued, “Although it looks like my Father has regained some life energy, his strength hasn’t recovered. So i’m guessing that his internal injuries must be serious. Father is a human, it won’t be suitable to recuperate in the border of Human and Ghost Realm.”

“Right. But once you leave, i think you won’t ever come here again.” Wu Man said with disappointment.

“Maybe. We’ll use another method to get to Ghost Realm, also, given the state my Father is in, I don’t think I’ll travel any time in the near future.”

Sima You Yue looked at Wu Man, she was actually a very nice lady. She didn’t annoy him or take advantage of him even though she liked her Father.

“I hope that he’ll be fine.” Wu Man looked at his head full of white hair and felt sorry for him.

“Aunt Man, have you ever thought of giving it a try?” Sima You Yue was curious. If she liked someone, she would at least confess and fight for it, even if it meant to be rejected, at least she gave it a try.

Wu Man faintly shaked her head and said, “I might give it a try if nothing like this happened when I met him, but after seeing how he used his life to defend your Mother’s and his love, I know that it would be the same even if I confessed. I might as well not confess. Like that, we can still meet, smile and greet each other.”

Sima You Yue didn’t think that she would be that open-minded, but what she said made sense. Father definitely wouldn’t accept anyone else when he used such a method to reject Wei Ming Die. If they forced their confession on him, it would only be more troublesome for both sides.

“Oh right, Ghost City must be in a mess now, right? Aren’t the three of you anxious to go back to settle it?”

“Ghost City is so huge, if we have to be worried about everything, how can we handle it?” Wu Man laughed, “We’re capable.”

“What will Ghost city do now when Wei Ming Die and Zhang Hao are dead?” Sima You Yue questioned.

“City Lord’s existence is to suppress that thing in the restricted area. Since it’s been contracted by you, we won’t have to face that threat anymore. In regards to Zhang Hao’s position, I can find some else.”

“What’s there to split? Ghost city is so huge, three of us aren’t greedy for power and are too lazy to care about the Zhang clan’s mess. It’ll be good to continue like this.”

“Zhang clan antagonized many people and now that Zhang Hao is dead, Zhang clan will be in trouble next time.”

“I think, offending you is Zhang clan’s worst regret.”

If he didn’t offend her, Zhang Hao wouldn’t have died.

Two days passed in a flash, just like what she guessed, Sima Liu Xuan actually woke up.

Wu Lingyu woke up before him, but because he was about to fall asleep again, he looked devoid of energy.

“Everyone, we’ll leave now. Farewell for now, hope to see you again. But I think you guys wouldn’t want to see me.” Sima You Yue cupped her hands in greeting to them, she opened up the transportation array that Wu Man gave her and brought everyone in.