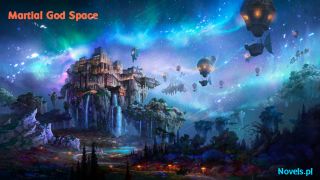 The third group of competitors have almost all gathered and they showed their numbers to the umpire. The umpire put the people with the same numbers in the same group while the others were told to wait at the side.

“Two hundred and fifty, Murong Xi of Vast City.” Sima You Yue placed her number on the table for the umpire to see.

A slender hand placed a piece of paper next to her number with the number two hundred and fifty written on it.

Sima You Yue turned her head and glanced at him. He returned her glance with an icy look: “Enjoy the remaining time you have left.”

Sima You Yue raised her eyebrows.

Declaring war? She was not afraid!

“I should return this sentence to you!” Having said that, she turned and left…

“Bold words!” The man stared at her as if he was staring at an ice cold corpse.

Sima You Yue turned back and glanced at him with the corners of her mouth raised, then she returned to the waiting area.

Not long later, the second group of competitors had finished their game. The result was better than the last round, however, there were still thirty eight people who had died.

“Two hundred and one to three hundred to enter.” The host shouted.

Sima You Yue stood up and went to the host to receive her talisman, then she entered the Realm of Emptiness with the others.

When she was outside, she had become quite curious about the Realm of Emptiness as she didn’t know what it was like on the inside. Upon entering, she discovered that it was just an ordinary space, but the area was relatively large.

She found a slightly more remote space and her opponent flew over, indicating that he was already above the strength of the Underworld.

The man hadn’t even called out his underworld beast and only drew out his long sword. He looked down at her condescendingly: “Having me deal with you is an advantage to me.”

“What does it matter if I am or I’m not? All you need to know is that I am your opponent now.” The man said.

“Really? So I don’t need to ask you your name then?” Sima You Yue called out Onyx and she climbed onto its back then flew out up into midair to confront the man, ” Because you are about to be a dead man soon, your name doesn’t need to be remembered.”

He took out a Divine Rank beast so casually, it seemed that his Duke Manor was more powerful than Vast Region.

However, in front of Onyx, even Divine Rank beasts had to contain their breath!

“Onyx, we aren’t playing, we will fight quickly!” Sima You Yue said.

It was still early, and it wasn’t a good idea to expose too much of her strength.

Onyx understood what she meant and said with a grin: “I love simple and brutal attacks! Eat my tail!”

He flicked his tail over and slapped the Underworld Yin Wolf’s body which caused it to fall from the midair and turn into a pool of flesh and blood.

“Ah Lang!” The man yelled and condensed his spiritual energy to attack Onyx.

Then, it flew quickly to the opposite side and grabbed the man with its claws. It ignored the sword that slashed on its claws.

“Honestly, these insignificant people want to come and kill my Contract Master! Take a better look next time and don’t be used by other people!”

Having spoken, it ripped the man in half with its claws. When its claws loosened its grip, the man’s body fell to the ground. However, before the body reached the ground, it was teleported out.

After that, Sima You Yue and Onyx also went out.

The time that passed from when she went in to when she came out was less than five minutes. She was the first person who had come out so quickly.

“Xi’er! Good job!” Lang Yu called out first and cheered for her.

Next, the people from Vast Region also cheered.

Sima You Yue waved at them then went to the umpire to register.

When the umpired saw her, he was horrified and was unable to recover from his shock.

“Please can you register for me?” Sima You Yue said.

Finally, the umpire recovered from his shock and wrote a sentence on the register, then he announced: “Number two hundred and fifty, Murong Xi wins!”

When Sima You Yue saw that he had completed the registration, she turned and went back to the resting area where the Vast Region people were at.

“Young Miss, you are amazing!”

“Young Miss, you are my idol!”

When Murong Hui walked over, the people who were surrounding Sima You Yue made way for him.

Sima You Yue turned her head and saw Gongzi Yuan whom she hadn’t seen in a long time.

She walked over to Gongzi Yuan and said to him smiling: “Gongzi Yuan, it’s been a long time.”

“Yes, it’s been a long time since we’ve seen each other, you really fill me with admiration for you.”

Gongzi Yuan was shocked by Sima You Yue’s performance today: “I really didn’t expect it, it’s only been just over a year and you have become so powerful!”

“It’s Onyx who is more powerful.” Sima You Yue smiled, “What is your number?”

“I went in the last two rounds.” Gongzi Yuan said, “I came yesterday. When today’s competition is over, I will come and look for you and we can catch up.”

“Xi’er, I have something to tell you tonight.” When Murong Hui overheard their conversation, he came over.

Sima You Yue was a little surprised as she had never heard him mention this before. Why did he come over at this time to say this to her?

However, she nodded her head anyway and looked at Gongzi Yuan apologetically and said: “I’m sorry…”

“It’s alright, we can catch up later on.” Gongzi Yuan said.

“Ruo Bai…” Gongzi Yuan looked over at Xiao Ruo Bai who was sitting next to Yu Qi, and he stopped talking.

“I will tell you about this later.” She felt bitter in her heart when it came to Xiao Ruo Bai.

Back in Eternal Brilliance City, Xiao Ruo Bai and she had shared many life and death situations, but…

She went back to the rest area and watched the games with everyone else.

The other spectators in the rest area were discussing her game.

“Isn’t Murong Xi a good-for-nothing? How did she win so quickly?” The Eldest Prince Yu Liu said.

“Eldest Imperial Brother, she herself has no strength, but she does have a black dragon. Little Uncle was killed by that black dragon.” Yu Qi said, “However, I didn’t expect it to become so powerful in less than two years.”

“Little Uncle was killed by that black dragon?” Yu Liu had never cared much about this matter before. Eating, drinking and having fun were the most important things in his eyes!

“I don’t think that Murong Xi is that amazing anyway, it is her black dragon who is amazing.” Yu Fei didn’t think much of her.

“That’s not necessarily the case, if she isn’t capable, then why would the black dragon be willing to be her contract beast?” Yu Qi had always felt that Murong Xi was not a simple person. However, no matter how much he had investigated the matter, he was never able to find any information.