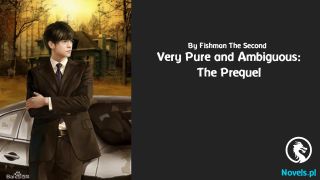 There were even fans asking Qiao Anxin to return to the entertainment industry.

They seemed to have gone crazy as they scrolled through Weibo.

At this time, another netizen who claimed to be in the know revealed that Qiao Mianmian and Mo Yesi were indeed not married because they were in love. They were married by contract, and Mo Yesi married Qiao Mianmian to treat his illness.

Qiao Mianmian was Mo Yesi’s wife in name, but she was actually a catalyst.

“I don’t have to elaborate on Mo Yesi’s identity and background. I think it’s not an exaggeration to say that all the women in Yuncheng City dream of marrying him, right? Back then, Qiao Mianmian was indeed just an ordinary university student. At that time, she wasn’t recognized by the Bai family. Her marriage with Mo Yesi wasn’t recognized by the Mo family. Madam Mo wasn’t willing to acknowledge her as a daughter-in-law at all, and even looked down on her.

“Everyone knows that the artistes in the eyes of the rich are no different from actors. The Mo family is rich, a true prestigious family. Madam Mo naturally hopes that her son can find a wife of equal social status and not a lowly celebrity.

“Qiao Mianmian is very capable. She knew that if the Mo family found out about her existence, she definitely wouldn’t be able to enter the family. So, she coaxed Mo Yesi to secretly marry her and successfully entered the family by acting first and reporting later.

“I’ve said it before, Qiao Mianmian is a very scheming woman. She knows very well that Mo Yesi has no feelings for her, but she doesn’t care. Anyway, her goal is to marry into the Mo family, become rich, and get resources from Mo Yesi.

“Does everyone feel that Qiao Mianmian has always been a nobody, but not long after she and Mo Yesi got their marriage certificate, she received Bai Yusheng’s show? Who is Bai Yusheng? She was a newbie without any works. What right does she have to play the female lead in Bai Yusheng’s show?

“At that time, Bai Yusheng didn’t know that she was his sister. In fact, I think even the fact that she’s the daughter of the Bai family might not be true. Who knows what tricks she used behind his back? The Bai family has been looking for a daughter for so many years, but they haven’t found her. How could she coincidentally play a part in Bai Yusheng’s show and be recognized by the Bai family? Doesn’t everyone think that it’s too coincidental?

“Of course, Mo Yesi had intended to divorce her after treating her illness. But now that she’s the daughter of the Bai family, their marriage should be more stable. They probably won’t divorce in the future. By the way, the Mo and Shen families had an intentional marriage back then, and Mo Yesi’s mother had long treated Shen Rou as her daughter-in-law. Then, Qiao Mianmian suddenly appeared, and the marriage between the two families was put on hold.”

This informant seemed to have witnessed everything personally.