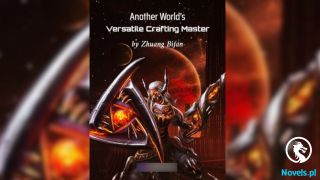 «I'm Secretly Married to a Big Shot (Web Novel) - Chapter 1131: Where Is That Birthmark… Located?

Chapter 1131: Where Is That Birthmark… Located?

She could tell from Shen Rou’s words that she had already investigated Qiao Mianmian.

With the Shen family’s influence, it wasn’t impossible to find out that Qiao Mianmian wasn’t from the Qiao family.

Qiao Anxin recalled the birthmark that Shen Rou had mentioned and her expression changed.

Because she had seen the birthmark on Qiao Mianmian before.

That birthmark was indeed red.

And it was located in a very secretive location.

But how did Shen Rou know about this?

“Answer my question first. Does Qiao Mianmian have a red birthmark?”

Qiao Anxin was silent for a while before nodding. “Yes.”

Although Shen Rou was already mentally prepared, when she heard this, her heart still skipped a beat and her expression changed.

Her fingernails dug into her clenched hand.

She bit her lip. At that moment, indescribable anger rose in her heart.

Qiao Mianmian really had a red birthmark on her!

What she was most worried about actually happened.

Why? Why did this happen?

Why did what she was afraid of became reality?

Why was God so cruel to her?

In her extreme anger, she bit down on her lips until there was a bloody bite mark.

Her nails dug into her palms, leaving bloody marks.

When she spoke again, her voice trembled slightly. “That birthmark… where is it located?”

If even the location was the same, then it was almost certain.

Qiao Anxin looked at her in confusion, not knowing why she was so agitated.

She even knocked over a glass of water.

Even when the coffee splashed on her dress and dirtied the expensive white dress she was wearing, she acted as if she didn’t see it.

“Miss Shen, are you alright?” Qiao Anxin took out a few pieces of paper from the box on the table and handed them to her. She looked at her suspiciously. “Miss Shen, your dress is dirty. Do you want to wipe it?”

Shen Rou still did not react.

After a few seconds, she slowly raised her head.

Qiao Anxin was shocked when she met her gaze. “Miss Shen, are you alright?”

At a glance, it looked scary.

“Are you sure that your sister really has a red birthmark on her, and that the birthmark is at the place you mentioned?”

“Yes, I’m sure.” Qiao Anxin nodded without hesitation. “I’ve seen it a few times. Because that birthmark’s color is very eye-catching, it’s hard not to notice. Miss Shen, is the birthmark on my sister related to her real birth?”

Qiao Anxin’s expression changed when she thought about what the private investigator had found out.

Just two days ago, her private investigator found out that the Bai family was looking for their youngest daughter.

The lost daughter of the Bai family was the same age as Qiao Mianmian.

The birth month was the same.

When the private investigator told her about this, Qiao Anxin didn’t think too much about it.

After all, many girls in Yun Cheng were the same age and were born in the same month as the daughter of the Bai family.