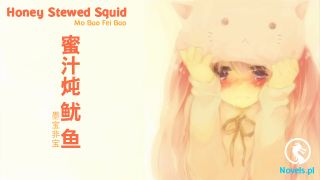 He lowered his head, then knelt and hit his head on the ground of my chariot for a long time without any intention of getting up.

“Lord… This is our sacred salute to our race,” and just as I felt puzzled, Lucias appeared at last by my side and said these words.

“And?” If this was a sacred way of his race, then there must be a formal way to accept this salute.

“Lord has to honour us with your blood,” the one who knelt said before Lucias would say it.

And when I looked at Lucias, he nodded to confirm this.

“I’m the one honoured by your services,” I used one of the many swords I had and cut a wound, a deep one over my right hand before placing it over his head.

“Rise,” I liked this ritual. It gave me such an impression of majesty.

“All of you will follow his suit,” I turned to all, before adding, “you are all going to be titled my valliant generals from this moment on.”

It just hit me and I decided to follow this sacred ritual from the soulers as a formal way to accept generals and leaders at my kingdom.

“Thanks lord,” from the side, Lucias said while I felt his fire going turbulent, “this is a great honour for my race.”

“Thanks lord,” the few soulers said in unison, while they stepped forward first to get such honour.

Lily gave me a side glance filled with many questions. But I didn’t need to explain anything I was doing to anyone.

I like this ritual, and that was the end of the story. That was one of the privileges of me being a lord and king, right?

It took no more than one hour to get them all titled and stained with my blood.

“Now, let me know the updates of your forces,” as I finished giving them titles, I started to listen to what they had to say.

They mostly mentioned the same things. They arranged themselves into layers per my previous idea. Lily assessed them and let the easy ones handle the new batches while the hardest would deal with the oldest ones.

They left the islands for the new forces, while the open shores at the ocean side were handled by the oldest forces.

I liked that arrangement. Fighting monsters at open grounds was a hard task indeed. And that was left for the oldest and most experienced forces here.

Yet their numbers kept decreasing per each monster attack. And so these generals leading these fierce forces asked for reinforcement from the fresh ones.

Waiting for soldiers to ascend up the ladder and get stronger was something that needed time.

“Let the next few days reinforcements be distributed over them,” I decided, “it’s good to have fresh blood supporting these old folks. As for the old soldiers, upgrade them all to one hundred men commanders.”

I added the last part when Lily gave me a warning gaze. I knew that the ways of teaching for these generals were fierce. Not to mention I witnessed how hard the monster outbreaks at these open shores were.

But who said the old soldiers should be treated as the fresh ones? They got enough experience and capital to let me upgrade them to be one hundred men commanders.

Like this, their losses would be decreased a lot. In addition to that, they deserved to lead men in fight, and they got to train on working in a big army.

“Thanks lord,” the fierce generals led by that zombie leader, Loran. He was in this bunch of fierce generals, and he looked much fiercer than before.

He got a thick fog of blood around him, making me wonder if he went there and ate the monster himself or what!

“Go back now,” as I finished meeting with them, I waved my hand for all to leave. “You and you, stay behind,” but I selected Lily and Loran to stay back.

I needed to ask Loran about his race’s update. Also I had to tell him about the expansion of my area of activity.

As for Lily, I got to ask her about something, or someone who was missing in this meeting.

“Lord,” Loran seemed to guess what I wanted him for. As everyone returned to their chariots and left, he added:

“My people are ready. We tasted the blood of monsters. And those big ones taste delicious.”

“I’m glad you are enjoying this,” I laughed and he laughed as well. And with this, the tension in the air was broken.

“We got to train lots of my race. Tasting blood seemed to stir up something deep inside us, turning many into vicious beasts, hahaha!”

“That’s great,” I only smiled, “as we are going to expand our area of activity at the next quest.”

“What does lord mean by that?” Loran was smart enough to read behind my words, “how vast are we talking about here?”

Even Lily from the side got instant scare when she heard that.

“Lord…” she wanted to pull my arm but stole a gaze at Loran and didn’t, “we don’t have enough forces for that.”

“We will,” I knew there was almost one month left for the fifth quest, “you gotta train them harder and fiercer. This is the only way to do it.”

“We have to do it, ok?” I gave her a warning gaze. After all this wasn’t an option I decided out of whim.

“May I know the reasons behind it, lord?” Loran asked, and he acted in respect and didn’t show any sign of taking my words lightly.

“You do know that our universe changed after you all… Left, right?” I paused as reminding them of being trapped inside that pocket world wasn’t a nice thing to mention indeed.

As he slowly nodded with a slight change in his face, I added, “in our universe, there are three races who are ahead of everyone else. We got Hectors, Toranks, and Hescos.”