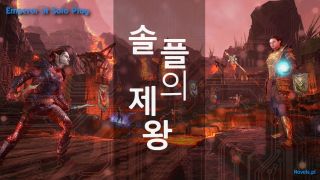 «I Only Wanted A Class In The Apocalypse (Web Novel) - Chapter 920 I've Changed!

And that had a good reason for it. When I moved around the shore, I found that monsters kept coming from the ocean, stretching this battlefield to reach long distances, far beyond where my forces arranged their defences.

That left my forces stretched thin, fighting a battle that they lost the home advantage at.

Sigh! These monsters… They would make me turn the entire shore of the continent into a giant fortress, filled with mighty towers and grand walls.

Well… I didn’t dislike such a situation. When I got to think about the grand picture, putting in mind the dense battles I was going to have at many new places, I had to nod and accept such an unfavourable situation.

My forces… They need to get trained over this situation a lot as they are going to face it in many worlds. And I wasn’t going to be there to help, neither most of my capable leaders and generals, nor all the defences and weapons here.

I got to see what Legend first saw, then my Lily. They were right, and I was wrong.

When training beasts, one had to not care about safety. In fact, safety shouldn’t come in the list of tasks one should do to make these beasts fiercer and bloodier.

Without mighty beasts, how could one secure his homeland in times of turmoil?

So I kept watching, not even thinking about summoning any of my warriors to help. I watched them struggle, get wounded, and even got eaten by these monsters.

I felt pain indeed, but started to learn how to harden my heart. If I was going to spread peace over my Earth, over many other worlds, then I should pass through hell before doing that.

I watched, and kept teaching myself to keep looking. To be honest, I reached a point that I was this close from moving out, joining this battle with all my might.

But at the last moment I received a message from Ludak , one that made me realise what a high goal I had to achieve.

[A good lord is the one who deals with himself in strict way, much more stricter than he deals with his followers]

panda nOvel.cO,m His sudden message came as inspirational guidance, one that I truly needed at this moment.

I didn’t know that he was watching, if anyone else from Toranks race were watching.

“Thanks,” I said while returning to exert full control on myself.

He was right. It wasn’t that simple or easy to be a lord.

I always looked at the magnificent outer image of lords and kings. They lived in fancy mansions, and had all the power and wealth in the world.

What did they lose in return for such might and wealth? Right now I got a glimpse of how bitter a life of a good lord was.

I sucked in a deep breath, filled with the scent of blood, the screams of my dying soldiers, and the struggle they put before getting killed at the end, or killing their foes.

And with this breath, I felt like something changed at last in my soul.

It seemed like… I matured a little right now.

I kept watching, not feeling the same pain or guilt like before.

This fight kept raging on for five full days. I didn’t take part in the fight even once.

I watched Lily coming with a grand legion of chariots towards me. She might be mad, or might thank me, who knew?

“Lord…” and when she boarded my chariot with everyone else, this was the first word she said while greeting me.

She rarely used such words with me, and that made me look at her in wonder.

“I got to see you didn’t join in,” she whispered, “besides… There are many new faces here.”

I realised that she read through my mind. It seemed she got a really nice training to become a paragon before by her family.

Good family indeed. At least they didn’t raise her up to be a wife to someone, just like what Isac experienced for example.

I watched the faces of the new generals I got from the ten races. They were looking in such a pathetic state, giving me the impression they participated themselves in the fights so far.

Yet from the burning gazes at their eyes, I could feel their joy and content with this. They did enjoy that new life I chose for them, a life they should have lived a long time ago.

It happened the same way I expected. They got it running in their genes. A tiger would recall its fierceness even if it was raised all its life in a cage.

“I see you were all quite busy during the period I didn’t see you through,” I said while examining the bunch of strong and fierce looking one hundred generals here.

They might not seem that much, but each one was enough to lead an army, even armies if needed.

As for their leaders… If their generals were giving me such a vibe, then I could only imagine how capable they were.

“Thanks for the lord’s generosity,” one of them spoke, one that belonged to the soulers.

“You don’t need to thank me, you are warriors and you shall live your lives in the battlefields, not at homes.”

“No lord, I didn’t mean this… I meant what you did to my people… I heard it all from Lucias.”

“Oh…” I got what he was referring to. He was speaking about my care and interest with his race, or what remained from.

“Lucias said lots of things about you, lord. How you kept paying hefty prices to bring more of our race, how you helped us train and survive, feed on the souls of our enemies instead of animals and allies. Thanks lord, my entire people are indebted to you forever.”