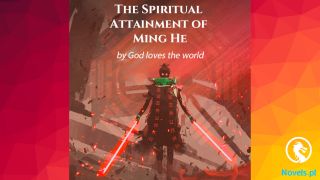 Chapter 919 Getting The Alien Races To Their New Homes

I got it now. I just got myself another source of headache.

As if I didn’t have enough already, sigh!

During the next two weeks, she stayed in her room unable to leave. I never thought about letting her out for now.

I wasn’t afraid of her right now. She was right next to me. Doing anything bad would be rewarded with punishment.

I kept her locked up all this time to see how this would enrage her. I wanted to see the other side of her, even for a glimpse of moment.

Her rage would expose anything she was trying to hide. People tended to lose control over themselves when they’d get angry.

Locking someone for such a long time? That must be torturing! I didn’t intend to release her for now, not until I’d go and bring the other universe’s folks here.

After one month and half, and after all these ups and downs, I reached the continent I wanted.

The ocean there was wild! It kept sending huge waves, exceeding hundreds of metres, to attack shore before crushing over the barren very wide shore of black sand there.

It gave me such a feeling of awe that I kept watching this for long hours. When I went inside, I realised that this continent’s outer region was over a high edge, ascending to the level of towering mountain ground.

That was why the ocean didn’t manage to break it, or perhaps it helped in shaping it in this way.

When I looked at it from such a high altitude, I couldn’t help but smile. The place in the centre of this continent was a heaven on earth.

It was a wide, seemingly boundless stretch of green plains. They were at a very high level, enough to have clouds passing just metres above the ground.

Even a few clouds kept shattering at the ground, releasing thin wisps of grey and white fog, giving the ground a magical touch it didn’t need.

Just going to the edge and watching the far away shore down below and the raging ocean was a sight to behold.

I liked it here. I liked the general atmosphere, the fact that this place was secluded and hard to reach, plus the cloud touch.

Above the layer of cloud barely touching the ground, there was another one. And this one was far, far away, thick and filled with dense clouds.

It could rain at any moment, and it gave me the impression it would soak the entire world here if it did.

On another note, I found a fascinating river that ended up at the edge, falling from such height, and ended up creating a great rainbow and a massive and violent waterfall that I loved.

It ended up at the ocean, releasing dense layers of white fog, making me want to go down there and see what it was like down there.

But I wasted enough time coming here. So the fun time was over and I had to return to work.

I saved a place in the deep parts of this heaven before opening a portal and appearing back at last in front of the dome.

It seemed like a long dream, since I first came here and discovered this hideous place till now.

I watched the races who remained here in the north. They belonged to the other universe. I held my horn and started speaking:

“Listen up, this is your lord speaking,” I started by saying this, paused for a couple of minutes while moving my chariot high in the air, enough for most if not all of them to see me.

“I found a place for you to stay at. It’s beautiful, safe, and secluded. I hope you can use it to build a new home for yourself, and enjoy a life of peace and prosperity.”

I then opened lots of portals, made sure to arrange them in ten groups, each having hundreds of them.

“Just pass through these gates and you’ll reach your new home. I will come later to visit, yet this visit might take long months, even years before I could meet you again.”

I got lots to do back on Earth. First I had to train and cultivate. Then I’d go back to Earth and start the fifth quest. After that I’d go to the golden quest.

I truly didn’t know for how long the golden quest would take, but the fifth quest would take months to end. In addition to that, I got lots of worlds to start my work at.

And these… Sigh! I knew it wasn’t going to be an easy task. I knew Toranks promised me support, tons of soldiers and gears, equipment enough to take down those Hescos, but it wasn’t enough.

I was already worried about this quest on my Earth. Imagine having nineteen more quests to deal with.

Even with all my preparations and forces, I got little hope at coming out from this unscathed.

The only way to do it was to test that idea I got from the zombie leader. Hopefully he wasn’t lying, hopefully the system and those behind curtains didn’t change much in the old ritual.

Or else… Things would develop quite bad and turn to be quite nasty for me, for my people, for everyone.

I waited for a few hours, watching the different races travel across my portals before I used the staff and went towards the military camps at last.

I got done with relocating all the people I got recently. And now I had to get to see the fighting grounds, check on the living people there, and see how the new races of my universe were doing.

When I got there, I found another outbreak of monsters. Sigh! Even with the new weapons, the losses and the scale of fight was something uncontrollable.