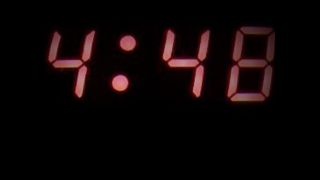 «I Only Wanted A Class In The Apocalypse (Web Novel) - Chapter 917 You Want To Work Me Till Death And Have Fun With Other Girls!

Chapter 917 You Want To Work Me Till Death And Have Fun With Other Girls!

But unlike my expectations, she shook her head.

“They are a lowly race, and we… Big races never cared that much about weak ones.”

“And yet our demise will befall us from such weak races…” I muttered to myself, knowing that big races did a grave mistake underestimating weak races.

“I beg your pardon?” Lily exclaimed in doubt.

“What about Hilary? Is she ok?”

“She… Is fine for now,” I moved my eyes between the two girls, “but… You need to treat her with extra caution.”

I said my last piece in a serious tone and face, making the two girls look at each other again.

“Why? Is she in such danger?” Angelica was still caring about her friend. After all that last debate that created such wedge between the two wasn’t their fault to begin with.

They got controlled to do such things. And it seemed Angelica was feeling a little guilty about going overboard before with her.

The two blinked before I briefed them with what I knew.

“Are you sure about this? Merging souls? And one that ended up being a demoness? What does that demoness race even mean?!!”

“That’s why I asked you,” I shrugged, “let’s put that aside for now. Whenever she is around any of you, you have to keep a close eye and never lower your guards.”

The two didn’t like how things were heading, neither did I. But I had to guard against the worst.

“What will you do now?” Angelica was crying in silence as Lily asked.

“Nothing,” I shrugged, “I’ll keep heading this way till I reach another continent.”

“I meant… About her,” Lily pointed at the direction of the stairs, “are you going to keep her around you?”

“It’s the safest option, for now at least,” I knew this couldn’t continue forever.

“Wait… Didn’t she sign a contract with you? Like all of us did?” and as Angelica kept crying in silence, seemingly blaming herself, she suddenly jumped and shouted, with shiny eyes.

“That’s given, but…” I knew I was secured by contracts and system, yet that was only viable over races of my universe.

I got to experiment with a system over races from a hostile universe and it worked. However that might be thanks to the long time the two universes kept fighting and interacting with each other.

I wasn’t sure… Wasn’t sure that contracts would apply on races from other universes.

“You are doubting the system?!” Lily could read through my fears, and I couldn’t help but slowly nod.

“Leave this matter to me,” I firmly said, “I let one of my girls go away before. And won’t repeat the same mistake again.”

“This…” Lily was about to say something when Angelica suddenly jumped again, shouting like crazy:

“Does this mean you are… Single now?”

I didn’t know why, but from her tone and face I could see genuine happiness and a weird yearning and longing.

“Girl… This isn’t the right time or place to say such things,” and in a flash I got what she was thinking about.

But my attempt in killing down the early thoughts in her mind failed as her eyes glared in such a way, making me sure she was thinking seriously about these ideas.

“Ok big girl, let’s go,” Lily got what was going on here, and for a second there I saw a similar look on her face just like the one over Angelica’s.

Damn! What did I get myself into? Girls… Couldn’t you see that any girl coming near me would result in suffering at such a bitter and desperate end?

panda nOvel.cO,m If it was up to me, I’d rather stay single forever, chasing after my two girls the same way that crazy sovereign of the Toranks race was doing towards his lost girl.

It was better than getting more girls and watching them suffer. It felt really bad, very very bad to watch my girls suffer without having any say in it.

It was better for me to stay single for now.

I watched the two reluctantly leave on their chariots before going west once more.

I was now burdened with much more thoughts than before. I kept thinking about this demon race thing until half a day later, Hilary came on board.

She wore such a tight and revealing dress that I didn’t know where she got it. There was not a single scrap of armour on her body, making me feast on her without being able to look away for a few long minutes.

“What?!” she chuckled, acting innocent as if she didn’t do all of this on purpose.

“I just have to say… I like the new Hilary better,” I laughed and she looked at her body as if she was discovering what she wore for the first time.

“Stop it,” I shifted my gaze away, “these little tricks won’t affect me.”

“What tricks? This is just who I am,” she evilly grinned, and I didn’t look at her for long this time. “What do you plan to do with me?”

“Do you plan to tie me with a rope, and keep me down there for your fun time?” she said in such a seductive way, swaying that damn waist right and left, making me want to taste her even more.

But I exerted a legendary level of control over myself this time, clearing my throat as I said:

“I’ll let you do what you did before. Or you don’t recall?”

“I got what you want to do here,” she crossed her arms, giving me a familiar look of her face as she complained, “you plan to work me to death and let you have fun with other girls.”

“I just saw the two who were with you… These two… They are drooling all over you. Humph, you are my man, and I won’t let any other girl have a single bite of that tasty thing down there.”