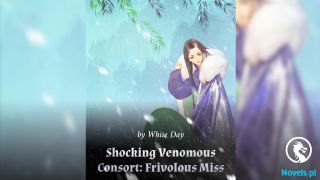 «I Only Wanted A Class In The Apocalypse (Web Novel) - Chapter 916 What Do You Know About Demons?

Chapter 916 What Do You Know About Demons?

And this time I didn’t leave her before she already lost all her power and went loose and weak over the bed, snoring like a little girl.

“What the heck have I thrown myself into exactly?” and looking at Hilary’s weak and naked body made me inwardly sigh.

This… Was going to be a great chapter in my life for sure!

She got controlled, and by two and not one. She ended up merging the two souls together, ending up with this… New and bizarre soul and personality.

Demons? Hmm… why not? I got to see all the legendary races mentioned in ancient human tales. Why not having demons, and even devils?

I went up there while thinking about another thing. It was a small yet dangerous possibility.

Was my Hilary gone? Was this demoness just doing an act?

It was a possibility, and yet there was some sort of logic behind pushing it aside for now.

If she was an enemy, then she should aim at my head. Then why didn’t she do it? I was vulnerable while hacking and devouring her. If she wanted to do anything, she had lots of chances to do it.

I even lowered my guard with the intention of not arousing her suspicion. Yet she never took a single move against me, and seemingly kept enjoying every single moment together.

Well… Whatever your true intentions were, demoness Hilary, I’d get to know them all sooner or later.

But… What was with my luck with girls? In my past life during the apocalypse, when I was without a class, I never got a chance to taste a single bite of any girl.

And when I came here and became a mighty lord, I got two girls. One went missing, and the other ended up changing in the hands of a lustful demoness.

Damn my luck! It was great at everything, everything except girls!!

Was it a curse? Or was it just… my nature?

Was it safe to leave her here? Among my people?

I also didn’t know the answer to that.

But I didn’t believe I was that important for such a mighty race to send a spy on me. All they needed to do was to use their eyes in my universe, and they’d get everything they needed to know.

It didn’t make sense, but to be safe I decided to keep watching her all the time.

“You finally finished what you were two doing, humph!” as I got to the rooftop of my chariot, I heard Angelica’s complaining words.

And just hearing her, acting a bit much like her old self, making me feel more relieved.

pan,da nv,el “What?” and as I didn’t say anything, she folded her arms and kept tapping on the floor of my chariot, “is there anything you wish to say?”

I moved my eyes away from her. She regained most of her nature back, and so it was better to avoid such a lustful fiery human lady.

When I looked at Lily, I noticed the big pile of papers on her side. It seemed the two were working on drawing some sort of map. And when I looked around, I couldn’t help but frown.

The mountains kept stretching even till now. I was sure I took almost half a day flying while keeping myself busy with the demoness Hilary.

For how long did these mountains extend?

“I see you two are working,” I moved towards Lily, bypassing Angelica and ignoring her totally. “Drawing maps of this region?”

“It’s really a huge treasure trove,” Lily couldn’t help but grin, “look there? These purple orange mountains are formed of a very precious and rare ore. It’s rumoured that using this ore on any weapon will increase its stats by ten folds!”

“What?!!” I got instantly shocked and pretty much interested in this ore.

“It’s a fact, but you need good and capable blacksmiths, experienced enough to temper this ore and make it into a form that will give such an effect.”

“We got tons of them, did you forget?” I kept my eyes over these mountains, while wondering if the purple colour would turn out to be my new lucky colour or what.

“Numbers don’t matter, skill and proficiency do,” she said in a serious tone, “or else they’ll end up ruining the precious ore. If we don’t have such calibre of blacksmiths, we shall sell these and gain profit instead.”

“It’s for the better, much better than just wasting these ores for nothing.”

“Ok…” I hesitated to agree on what she just said despite it making quite sense, “are there more precious ores like this?”

“There are tons of these,” she laughed, “but we need to first reach an end for this place. Besides, we only crossed it in one direction. We need to roam around and discover this place better.”

“Cool, you got your chariots and you can do it.”

“Don’t worry,” I got what she was fearing, “once you are done here. Just send me a message and I’ll come to pick you.”

“How about Hilary?” and just as Lily said this, Angelica jumped and asked, “is she alright?”

“This…” mentioning my demoness Hilary made me turn my full attention towards Lily, “tell me, have you ever heard about the demon race?”

“Demon what? Oh, you mean those little demons who work as fodders in any fight, right?”

“What little demons?” I was surprised to hear that, “tell me everything you know about them.”

She gave me a weird look, while Angelica gave me a much weirder look. The latter just asked me a question about Hilary, and I ended up asking Lily instead about such a weird race.

“There is nothing much to say,” and as the two girls exchanged silent gazes in between each other, Lily slowly said, “these little demons appear at certain places in the universe. We just have to hunt them down, and enslave them to work for us as fodders.”

“This is all?!” I was sure there was more, much more than that.