Support
Random Novel
Raising a Fox Spirit in My Home 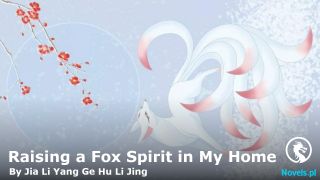 On one visit, I got to see one of those monster swarms with my own two eyes.

To be honest, if anyone tried to describe this scene with words to me before, he would fail to make me feel anything like what I felt there.

Seeing such grand waves of monsters coming from the ocean without fear, attacking my men, and trying to get to the back behind settlements made me realise how dangerous this situation was.

Even with all the big weapons I bought, raining fire and deadly attacks over these monsters, it wasn’t enough!

“I have to bring more,” this was what I decided, “just these weapons aren’t enough.”

[I want more weapons, the bigger the better, the more the merrier] I sent this to Silverlining who was glad to accept.

As I got it from him, asking for aerial weapons might be a little problematic. After all their weapons were saved for the mighty Hescos.

But asking for aquatic weapons wasn’t that bad. To Toranks, Hectors weren’t that threatening or important in their eyes.

So I got tons of anti aquatic monster weapons and gear. I got grenades, nets, traps, and even big guns that could devastate lots of big monsters in no time.

I left all of these for the two military camps, leaving the task of distributing and installing them to Lily and her generals and leaders.

They were doing just fine, and they knew where they needed these the most. Of course they were happy about such help, especially when the intensity and brutality of the monster attacks became stronger with time passing.

I thought about going deep down there and exterminating those huge folks to relieve the pressure. But Lily refused to do that.

Even if she didn’t like the huge casualties coming from these monster attacks, she also shared the same view with Legend.

In her eyes, this was a good chance for training for her troops. She just wanted to better control the situation to limit losses.

I returned back to my journey and kept flying until I reached the ocean. Unlike the ocean at my military camps, this one was calm and didn’t have a single monster yet.

I got that this was only temporary. Give these monsters a couple of years of growth and they’d arrive at each water corner on this huge planet.

It took me a week to cross that ocean part separating this continent from the next one. The next continent was smaller in size, filled with many mountains and deep valleys in between.

Yet like the previous two continents I saw so far, this one was covered with a dense layer of trees and forests.

“What do we get here?” Yet after one week of travel, and as I was almost over two thirds of this continent, I got to see something strange.

The mountains here shared the same colour and shape of the earthen mountains. But the ones standing tall in front of me were different.

They were coloured! Few were red, few were orange, few were blue, and even there were few who gave sparkles all over them, fractioning light to give the rainbow seven colours thanks to their diamond-like rocks.

“Are these… Ores?!” This discovery made me forget all the boredom I felt so far. I save this place before hurrying back to Lily and Angelica.

[Come to me] I sent and waited for a couple hours before the two girls came back with lots of their leaders and generals.

They thought I was here for a routine check or something. “I need just the two of you,” and yet when they came closer in such a large formation of flying chariots, I had to stop the rest as I said to the two girls, “you are coming with me.”

“Where?” Lily asked in doubt, while Angelica didn’t have any issue to join me. She jumped over my chariot, swayed her body in her old sexual way while getting her hair in order.

She started to return to her old self, a good sign of her improvement. As for Lily she hesitated for a second before jumping over my chariot as well.

“You will see,” I didn’t spoil the surprise before opening a portal and vanishing through it.

“Good lord! What do we have here?!!” The first to speak was Angelica, or to scream actually. Her eyes pinned over the mountains made entirely out of diamond like rocks.

“Are these… For real?!!” she turned to me and I just nodded.

“This… This is a treasure trove of high grade ores…” And Lily got over her surprise before turning to me and adding, “we need to shift people, lots of people to work over these mountains.”

And just as I was about to respond to Lily, an old familiar voice came from the direction of the stairs.

“Girl, my girl, you are awake! You are alive! Hahahaha! I knew it! Hahahaha!”

The two girls jumped over my chick, held her in their embrace and even Angelica kept jumping around like she was dancing or something.

As for Hilary, her eyes were glued over me. It seemed she got up not long ago. Yet from her eyes, I felt that something changed.

“Hye, we need to talk,” and just as she said it, I knew my hunch was right.

She… Got something inside her mind and personality changed! What was it? Was there part of that damn soul inside her or what?

“Stay here,” and just as she said it herself, I said in a serious tone, “I’ll keep my chariot moving around. As you can see, these mountains stretch a great deal of distance to the horizon. We need to assess the overall value of these before setting our plans in motion.”