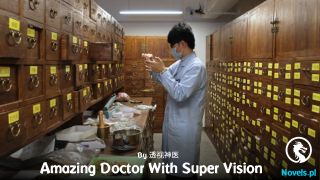 But this was something I didn’t need to deal with, luckily. Of course I got tons of messages later on during the entire month, even promising rich things that I had no clue about.

But I dropped all of them. I had to add the true value of my bones based on their rarity, not just their uses or energy stored inside.

I ignored most of the later messages that kept promising much more stuff. During this month and half, I made Silverlining give me tons of experienced forces, generals, and leaders, sending them back directly towards my military camp.

I notified Lily to be ready for them. And that made her quite happy. She saw how fierce the leaders and generals I brought before from the ten ancient races were.

They didn’t disappoint me. Even if they lacked proper battle experience, they got it in their blood. So after just one week, Lily’s words about them were filled with pure praise and great admiration.

She was one of the three big races in my universe. So when she rained them with such praise, I knew they must have done a great job already.

I didn’t ask about any details. I knew Lily was capable enough to handle things there. As for the incoming forces, Silverlining tried his best to add more than usual after his return.

It seemed money, or my diamond bone, had a magical effect on him. So I just accepted his extra effort with a big smile and lots of bones to pay for the extra fees.

I already paid him a huge sum of bones before. He even dared to ask for higher grade bones like gold and dark gold, and I gave him what he asked for.

I knew he was closely watched by his people, his mighty sovereigns. And that was a simple show of my wealth and value, to demonstrate without saying a single word how immensely valuable I was to them.

Up till now I didn’t get to know what was special about my bones. But one day I’d get to know this.

And even if my bones were used for something ground shaking, I wouldn’t regret any single deal done with them. I got lots of benefits in return, ones that were needed greatly by me at the moment.

So even if I did deal with a big loss in value, I knew I gained much more as they brought to me lots of cool things I needed a lot.

One of those for example was a legion of flying chariots. I got one distressing message from Lily after two weeks of flying.

She complained about how hard these monster swarms were. She complained not in her forces ability to stop them, but in the big price paid by the souls of those fighters.

After all, training them was a very long process that took lots of time and effort. So I had to ask for flying chariots, and I got an entire legion of chariots of the same calibre as the ones I got for my leaders before.

I also got big weapons, enough to be stationed on top of mighty city walls and rain down hell upon the heads of any invading army.

I had to go back and deliver these things myself before spreading out my orders. I got a few different grades and coloured chariots, and made sure that all my top generals took purple coloured chariots.

Since getting the red-purple bones, I started to grow fond of this purple colour. It was special, domineering, and quite eye-catchy.

So I decided to ask for special purple chariots, and I got one hundred. Each cost me ten gold grade bones, but they were worth each bone I paid for them.

Of course I got more enticing offers for higher grade bones, even got a few offers to give me chariots much better than my current one in exchange for diamond grade bones.

Yet I had to reject all of them for now. I just had to keep the rarity of my bones above anything else.

One Day I’d get all the chariots I wanted. In addition to that, I summoned ten thousand dragons and delivered them to Lily.

I wanted her to form a flying dragon legion to help her in handling the fastly growing community here.

As for their current state of mind, well they looked much better to me from the surface. But I couldn’t say for sure that they were cured or getting any better without speaking with them away from all this mess.

I decided to give them this month and half of the time I’d spend on my journey before assessing them. If they needed vacation, they should get it.

Things were now much more stable than ever. With all the generals and leaders, training the current growing forces of mine was a piece of cake.

As for Angelica, she really trained a great bunch of people to do her task without the need of her.

Yet she still worked as a general, leading forces to kill beasts at the ocean and take their flesh back for those in the cities and towns to start cooking and eating them.

From another angle, these military forces formed such ecological balance with the citizens back at the cities and towns.

I just hoped for this peace to continue and such prosperity to keep growing. Like this, this world would be the core of my kingdom, the one that I’d try out my plans and ideas, hoping they would succeed.

As I got done from all these, I returned to my solitary long and boring journey.

I was quite busy during the first half month. But then things started to get in order. So I got lesser messages even from those sovereigns and Lily.

That made days long and repetitive. The world was covered with dense forests, without anything new to make me feel better.

I had to stop from time to time, and jump back to the training camps. The world there was filled with life and adrenaline.