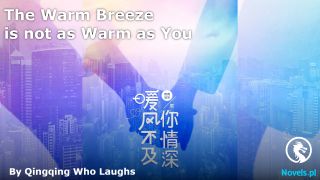 [Are they this good?]

[They are fierce and much better than you and Legend] I didn’t hide this from her, and didn’t also miss to mention their sole weakness, [But they lack battle experience]

[This… How come they are capable generals and leaders without having enough battles?]

[You’ll see… Genes run deeper than habit and experience] I sent this weird sentence that I knew she wouldn’t get right away.

But soon she’d know what I meant.

As I solved her problem by changing my plans for these folks, I had to return to my long journey to the far away continent.

And this journey took much longer than what I initially expected.

I thought it would take roughly half a month to arrive there. But it ended up with a month and half!

During this, I got so much good news one after another.

[I got the tickets to the nineteen other worlds in your apocalypse trial] Silverlining first sent this message a few hours after I returned to travelling again.

[Great! Send them over. How about what I asked for?]

His next message came one entire week later.

[I got the deals you want]

[It took quite some time from you. I hope everything is alright]

[Don’t worry, things are great! I just had to filter through all the offers. After all, not all the sovereigns gave the same kind of deals we got before]

[Don’t worry, I managed to push them hard and ended up with twenty great deals and five slightly worse]

[Good! Send me contracts and the details of each deal then]

I got the contracts and the entire twenty-five deals. It took me roughly two days to go through all of them.

As Silverlining said it, I got twenty exactly the same in quality with the other offers and five that were slightly worse.

The twenty deals offered me great treasures, all were used in the outer battlefields. I got to know the real value of these treasures, and so having more of them was something I liked.

They were mostly used to create separate worlds, ones that could give birth to exciting things. Few were directed to talents, like the ones I got before.

Yet the rest were all focused over boosting military might. I loved the moment I read its description.

It was the lair of warriors. It worked in a simple way by bringing any living race and placing them inside for a certain period of time before turning them into warriors that I could summon.

It wasn’t only used just for this, as it also helped in increasing their might greatly and physical strength. But I cared too much about these usages.

What did that mean? I got tons of soulers back there. So if I allowed them to stay there, I’d end up having lots of souler warriors.

Also I could do the same with all the other races as well. This… This was just fantastic!

As for the five lesser deals, they offered tons of experienced warriors and fighters. They promised to let them all sign loyalty contracts with me, making me accept such a deal.

After all, I was going to fight on many frontlines, making me need every single sword and fighter I could get.

They also offered generals and leader calibre experts from their side. Yet they offered as low as one thousand from each sovereign, promising me more if I paid with bones.

They wanted bones, and I got tons of them right now. I wanted experienced fighters, and they got sh*t load of them.

So the two of us just were perfect together!

Not to mention all of the twenty-five gave me kingdom hearts! But those five who didn’t give much gave me two and three kingdom hearts as sort of compensation.

Well, even if they didn’t offer this, I would yet settle and agree on these offers.

They weren’t the best offers without doubt, but they were the most suitable ones for me at the moment.

[I signed all of them] I sent to Silverlining, [I’ll send the bones right away]

I simply opened the inventory and sent twenty-five red grade bones to him.

[Dude, aren’t you forgetting something here?]

[My fees, the payment for all those forces I sent to you. Also you didn’t get your warriors so far]

[Oh… Send me the fees then. Make it for the future year as well]

[I’m going to be pretty much occupied at work and training. So…]

[Got it! You are going to vanish once more, right?]

[Good you notified me earlier this time. Fine, I’ll prepare the price but…]

I sent him a diamond grade bone. It was the next higher grade bone I got. I had hundreds of these, so giving him one wasn’t a big deal.

But for an entire hour he kept silent, even when I kept texting him and asking what was wrong.

[Damn cool man! This… This… How come there is such a thing in the universe?!!!]

Oh! He was taken aback with this bone.

[I just showed it to my sovereigns as I couldn’t assess its real value. They went nuts! They all asked for bones like these, complaining about your preferential treatment]

[Hahaha! I give such precious bones to you to compensate you for what you went through. Plus, you are my man there. And you should have preferential treatment indeed]

[Damn cool! If I’ll get something as this each time, I prefer to be a regular prisoner then]

[Hahaha! Don’t dream about that! This is just my one bone of that grade]

[Damn! These sovereigns… They are going to kill me man!]

[It’s your fault to show it to them, hahaha!]

I knew how big this bone’s true value was. Or didn’t I know such a thing? Anyway, I knew they went insane about my red bones. So seeing such diamond grade bones drove them crazy!