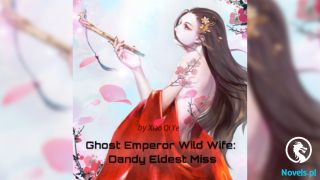 “Such a magnificent city…” Yang Lingqian couldn’t help but exclaim in awe as she gazed at the grand city that lay before her.

She could feel the extraordinary nature of the city just by looking at its towering city walls, sensing the gigantic yet vaguely discernible spell formation, as well as sensing the tremendous auras of the beings standing guard on the city wall.

At the same instant, an incredibly intimidating aura suddenly descended.

The blazing Nan Li Holy Flames spread through the sky as an indescribably noble divine bird landed outside the city gates. Upon seeing this divine bird, the immortals could immediately feel its holiness and strength.

“This is… a Vermilion Bird?!” He Shen exclaimed in astonishment.

He had seen carvings of such creatures on ancient totems before. Who’d have thought he would be able to meet one in real life?

The divine bird that had appeared before the immortals was none other than Vermilion Bird Nan Li.

The Exalted Immortals all gasped in surprise upon seeing Vermilion Bird Nan Li. There was a hint of awe and veneration in their curious expressions. This was a legendary beast! Just its aura alone was a power that they couldn’t challenge…

However, before they could even recover from their astonishment, several other streaks of light shot down from the sky.

Several proud and noble figures appeared above the city gates. Like haughty holy beings from heaven, each of them radiated with a tremendously powerful aura.

They clearly wore arrogant and condescending expressions, yet the Exalted Immortals felt like such attitude was only natural for legendary beasts such as Vermilion Birds.

The expressions of the Divine Source Continent cultivators gradually froze as they stared blankly at the scenes before them.

There were a whopping nine Vermilion Birds in front of them!

Moreover, they could sense that these nine Vermilion Birds were all radiating with the aura of Immortal Kings!

Wang Chen, He Shen, and Yan Ji were all extremely shocked. They discovered that the Vermilion Birds before them were all much more powerful than they were. They—individuals who had already reached the pinnacle at the Divine Source Continent—had initially thought that they would still be in the top echelon of cultivators when they arrived in this world. After a short while, however, they were greeted by another nine mythological beasts that were far more powerful than them…

The group of immortals had already become numb with shock. Ever since arriving in this world, they had witnessed far too many mysterious and unfathomable scenes. Their last remaining shred of confidence was only barely being maintained by their three Immortal Kings.

All of them had a single thought running through their minds at this moment. Did these mythological beasts all come here to welcome An Lin?

Right at this moment, Vermilion Bird Nan Li suddenly lowered its noble head. Only now did the immortals discover that there was actually a female in a jade dress standing on its back.

It was impossible to describe what this female was like.

Wang Chen and the others could all be considered as individuals who had seen countless stunning beauties. However, after seeing this female, all the beauties that they had seen before were barely worthy of a mention.

An ethereal and divine immortal demeanor, a graceful and lotus-like elegance, a flawless and breathtaking appearance, and a gentle and heart-warming smile…

At this moment, it seemed as if even heaven and earth had lost their luster to this female.

There was no sense of oddity as the female in the jade dress stood atop the noble and powerful Vermilion Bird.

Everyone was feeling the same thing at this moment. If there were someone in this world who could win over this group of extremely arrogant mythological beasts, then it would, without a doubt, be the female before them.

“An Lin, are these the Divine Source Continent allies that you spoke of?”

The female immediately jumped off the Vermilion Bird upon seeing An Lin. She ran over and hooked her arm through his, and her holy and ethereal temperament was instantly replaced by a sweet and cheeky aura, as if she were a beautiful girl from next door.

“That’s right, they’re all members of the Four Nine Immortal Palace,” An Lin said with a smile.

The immortals’ hearts shuddered when they saw this scene. Even a fool would be able to tell that the female had a special relationship with An Lin. How bloody badass was this An Lin? He had even captured the heart of such an ethereal and otherworldly Celestial Maiden.

“Hi, guys! I’m Xu Xiaolan, and people often refer to me as the Divine Phoenix Maiden.” After learning that they were allies, Xu Xiaolan immediately greeted them warmly.

The immortals felt extremely flattered by her enthusiasm, and they all greeted her back.

Xu Xiaolan had appeared like a transcendent Celestial Maiden when she first appeared. When they truly came into contact with her, however, they immediately discovered that she was a sincere person, with even her smile containing a heart-warming power. Not only did her actions not lower the immortals’ impressions of her, but it instead caused them to feel even more respect and admiration toward her.

As for those self-confident female cultivators who wanted to get closer to An Lin, they were all feeling a slight sense of inferiority at this moment. Even the incredibly beautiful Yan Ji had to admit that the female in the jade dress was more beautiful than her. This kind of beauty was not only in external appearances, but it was also in her indescribable disposition.

However, Yan Ji didn’t belittle herself either. She was indeed unable to match Xu Xiaolan’s beauty. When it came to flirting and sex appeal, however, she was confident that the female before her was still no match for her.

Yang Lingqian felt a little disappointed, yet she quickly put this feeling behind her. There was no doubt that she liked and admired An Lin. However, she also knew that only the azure-dressed female before her was truly worthy of being with An Lin.

After a round of quick introductions, An Lin and Xu Xiaolan started leading the Divine Source Continent cultivators into Yue Tong City. They took them on a tour around the city and cordially treated them to local drinks and delicacies.

In Yue Tong City, they saw the lively Light Wing Clan, the battle-hungry Holy Martial Clan, the simple and elegant Buddhist humans, and the generous and extroverted True Demon Tribe.

This was an extremely mysterious city, and it made the immortals feel as if their horizons had been broadened considerably.

The Exalted Immortals who had suffered numerous mental blows just then were finally able to rediscover their confidence in this city. They discovered that their cultivation bases were still strong enough to crush a large majority of this city’s residents.

In truth, after being shocked by An Lin and Xu Xiaolan, the immortals had placed themselves in a lowly position and developed the belief that everyone in this world was overwhelmingly powerful. They had thought that they would instantly go from invincible to worthless after “transcending” into this world from the Divine Source Continent.

Fortunately, all of that had been a misconception. It wasn’t the beings of this world who were badass. Rather, it was An Lin who was badass!

An Lin had an extremely high standing in Yue Tong City, and everyone who came across him on the streets would greet him with a respectful expression. Of course, there were also some acquaintances who would cheerily come over to chatter with him.

As An Lin showed them around the city, he also introduced them to the various tribes and forces that existed on the Tai Chu Continent. This allowed them to understand this world a lot better, and they felt as if their horizons had been greatly broadened.

So it turns out that there’s still a God of Creation Stage above the Dao Integration Stage!

The immortals could feel their outlook on cultivation being gradually opened up. At the same time, they also rejoiced at the fact that they had chosen to come to this world. A broader stage and a more profound cultivation path were what they strived to chase after. As such, the Tai Chu Continent was extremely suitable for their development!

Bathing in the glory of the Four Nine Immortal Sect, they would also be able to puff their chests out in pride in the future.

“So, An Lin is not only the most powerful immortal of the Divine Source Continent, but he’s also the strongest human immortal in the Tai Chu Continent…” There was a look of reverence in a female Exalted Immortal’s eyes.

“Just silently gazing at a male like him makes me particularly happy.” Another female Exalted Immortal was also unable to suppress her desire to fangirl as she stared at An Lin with her beautiful eyes.

“I wonder if he likes males…” There was a fervent gaze in one of the male Exalted Immortal’s eyes.

The culture of revering powerful beings was deeply ingrained into the Divine Source Continent cultivators’ blood. This kind of outstanding male was like a potent drug to this group of cultivators. They were completely unable to resist him!