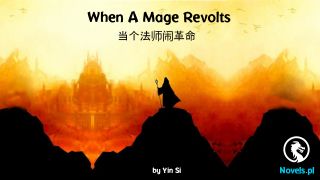 Chapter 803: From Boon to Bane

Immortal rushed out of the Realm and tangled with the enemies outside as Truck-Kun stared at the scene in despair, collapsing to the ground as he muttered weakly, “This…is the end of Immortal.”

“Aren’t his worlds still there? Wouldn’t he just revive…” Hazen said in alarm, flinching as time seemed to have slowed down to a crawl around him, causing him to break out into goosebumps as his clothes became drenched with sweat, his body tense like a wild animal whose survival instincts had been triggered in full swing.

His eyes swerved to the corner of his eye, staring at the scene that happened behind him. It was the figure of Stencil losing balance to collapse to the ground and of Compass Carburettor rushing to grab hold of her.

“Dad…” Stencil’s voice echoed and turned ethereal, with her body beginning to regress in terms of age.

“Stencil!” The armour covering her morphed into Compass Carburettor’s figure that grabbed hold of her and stared at her in alarm, “Tell me! What’s happening to you!”

Gasping in shock herself, Stencil strained herself, harnessing the entirety of her focus to transmit a Mental Energy stream into him, allowing him to learn everything.

Immortal was rapidly weakening thanks to Martial’s actions. With a large chunk of his worlds abruptly leaving him, it caused a disturbance in the collective consciousness forming him.

It resulted in the remaining consciousness waging a war with one another to decide on the dominant one that would represent Immortal in the future. It would only take a couple of seconds for this to conclude.

But every few seconds, Martial was stealing a cultivation world, causing the attained balance in the collective consciousness to collapse once again, sparking another battle.

It wasn’t just a battle in the consciousness—presented by the collective consciousness from every cultivation world. It was also a war between the various power systems to decide the core that formed Immortal.

But, this wouldn’t destabilise him completely. After all, there was still the army of Gods who formed the strongest foundation of Immortal.

This was where Mascot’s actions further derailed the situation. With the peak Gods of the cultivation genre joining her faction, it created a power vacuum in Immortal, causing the various collective consciousness to fight once again, with none gaining an upper hand for the short term.

It was a time when beasts were widespread and humans—and other sentient races—lived in hiding, weak, under the mercy of the vicious beasts.

Basically, the legendary Ancient Era of every cultivation world.

Regression System brought these worlds to that state, causing the produced collective consciousness to have a vicious nature, one serving to devour and dominate all, lacking sentience—for the majority were savages, causing the world average to fall within that bracket.

This characteristic sparked a war in Immortal, causing him to go insane and berserk like a primal beast as the various vicious collective consciousness tore into each other.

Moreover, it wasn’t the Regression System’s goal to defeat Immortal. That was only secondary. Its primary goal was to claim Stencil.

And what best way to do this than by regressing her into nothing? Later, the Regression System could simply undo it in a safe location and gain possession of Stencil.

Thanks to Truck-Kun and Immortal, not to mention the duo of Hazen and Compass Carburettor protecting her, Stencil remained safe. And it seemed like Truck-Kun planned to keep her safe until the end.

And if he so wished, then even in this apocalyptic setting, Truck-Kun would manage to be on the run for at least a couple millennia before he was captured. This presented more than enough time for the crazies like Mystique to take action.

As a fragment of Immortal now formed Stencil’s core, and with Immortal going insane, it meant Stencil was gaining power directly from the cultivation worlds without Immortal’s moderation.

This meant that, as long as Regression System did something to change the inherent makeup of the cultivation worlds, Stencil would be affected.

This was why it plunged into the river of time of the various Xianxia worlds. Not only did it cause their timeline to regress, but it also infected them with its power, causing the power of regression to flow into Immortal—and thereby Stencil.

Though, using this chance, Immortal somehow harnessed more of the regression’s power into himself, causing him to regress faster to gradually reach his prime.

But despite him absorbing the majority of the power, the remainder was still an enormous sum that slammed into Stencil, causing her to regress in age. Currently, with Immortal having lost his sentience, none could stop her from regressing past a baby and disappearing for good.

The Regression System would be able to reclaim her by reversing its power at a later date. This was its master plan.

The Mental Energy stream informed Compass Carburettor, Hazen, Truck-Kun, and even Gehera about this.

“Quick! Make a wish!” Compass Carburettor screamed at Stencil, alarmed upon seeing the other party falling unconscious already. Without Immortal’s control, the collective consciousness too began to invade her now, overwhelming her mind.

Due to this, they couldn’t rely upon Hazen’s power of wishes to alter fate and create a solution for her situation. As long as they inserted a filter that stopped the power influx into Immortal’s fragment in her, this situation would be solved.

“Keuk!” Hazen grunted as he invaded Stencil’s mind, creating a shield that protected the core of her consciousness and began to annihilate the invading collective consciousness.

Multiple Secret Society members transformed into Mental Energy streams and flowed into Stencil, arriving at her mind before they assumed their physical forms—of Mental Fragment constructs, supporting Hazen to fight against the collective consciousness.

But, they could only stop the collective consciousness and not the power of time that was regressing her age.

And stunningly, the Regression System was only regressing her age and not her power, placing Stencil in the status quo.

Compass Carburettor’s body exploded as the entirety of the Mental Fragment he had amassed manifested, shrinking to outline Stencil as the power of Spirit Morph targeted the power of regression, consuming it.

Lightning sparks poured into her body and purified it, gradually pushing the power of regression away. But a second later, the downpour of power became amplified as Regression sensed their actions.

“No!” Compass Carburettor was alarmed before thinking of a solution, ‘I need to get my hands on a Main Character System fragment. As long as we get past this situation, I can think of a different solution to Stencil’s problem.’

“Truck-Kun, please.” Saying so, a portion of the Mental Fragments split off to transform into the figure of Compass Carburettor that rushed out of the Realm and landed before Arnark, “The Main Character System fragment…”

“I need it to save my daughter.”